Contrary to popular belief, most of the time, prisoners do follow prison rules.

These two scenarios combined can contribute to a long-lasting pattern of violence between prisoners and correctional officers.  When you have a prison facility ripened with conflict and chaos, violence will be fueled by norms related to reciprocity and retaliation.  Prisoners will attack officers, the officers will retaliate toward prisoners with violence, and the cycle of violence starts all over again.

A study by David A. Rembert at Prairie View A&M University and Howard Henderson at the Texas Southern University on Section 1983 Civil Rights Litigation investigated correctional officer excessive use of force and revealed retaliatory violence, negative attitudes, a failure to listen to prisoners concerns, and inadequate training were consistent themes in prisoners’ claims of excessive use of force.  The authors recommended implementing training that focuses on conflict resolution, de-escalation, and anger management for correctional officers to reduce officer violence.

ADOC needs to fire a few employees immediately, preferably on December 31, 2019, if not sooner, and publicly call for a moratorium on prison violence.

These recommendations are a good starting point for prison administrators and lawmakers to implement to reduce prison violence.

David A. Rembert is a Research Fellow at the Center for Justice Research at Texas Southern University, an Assistant Professor at Prairie A&M University, a current member of the American Correctional Association, and former Correctional Officer with Texas Department of Criminal Justice. 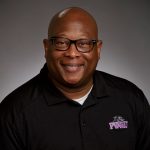