I support Bradley Byrne for Senate, but prior to John Merrill’s withdrawal, I wanted to vote for both men. It was a dilemma, and this article explains it in a way that may help you understand some important facts about them as well as insights gained through my unique experience.

I have worked with many Alabama politicians in my time, and can honestly say that these two men are the only ones I ever told I would support for any higher office they sought. Little did I know that they would both be running for the same office!

In case you think I might have been engaging in some favor-for-favor political game, those who know me know that I never played those games. However, I did work with these men on vital projects, including the Foster Parent Bill of Rights and expansion of an important child abuse reporting law.

I will take exception to any liberal contention that these men cannot possibly be compassionate just because they are conservatives. Their responsiveness to—and hard work for—vulnerable children is proven. In fact, prior to any role with Alabama State Government, Bradley served on the board of a Christian group home for abused children.

I was privileged to observe both Bradley and John as they handled many challenging issues facing the Alabama Legislature, also in their subsequent roles with our State, and—in Bradley’s case—representing us in Washington. Both have worked diligently and with the highest devotion to conservative principles. They both genuinely care about the people of Alabama.

Maybe you now understand my dilemma. With John Merrill’s withdrawal, there is no conflict. I can urge you to join me in voting for the very best candidate for Senator—Bradley Byrne! Who knows? I may still have an opportunity to vote for both of these outstanding men, but not in the same race—please! (That would be illegal, right?)

Otts is a retired Administrator of Christian child welfare agencies and The Alabama Association of Child Care Agencies and author of Better Than Them, The Unmaking of an Alabama Racist (published by New South Books). 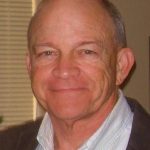