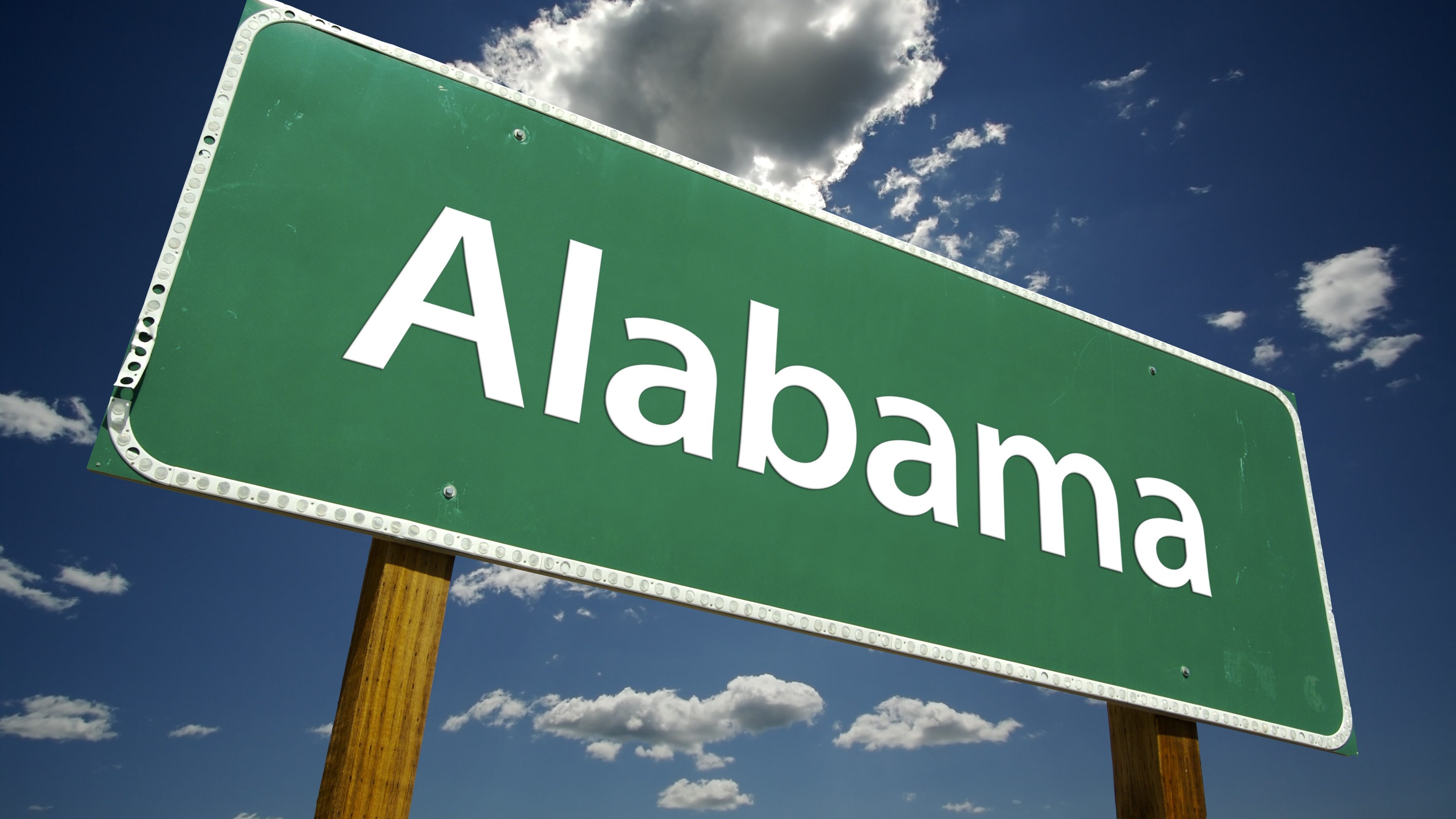 A key issue facing businesses and citizens alike is how will our state capitalize on the current economic boom to prepare workers for 21st century jobs. Before analyzing Bureau of Labor Statistics data and their implications for policymakers, we begin by noting there is much good news:

When Sen. Jimmy Holley wrote the 1994 bill creating Alabama’s Statewide Transfer and Articulation Reporting System, transfer was from one 2-year college to one 4-year university. Today, transfer is a dynamic process that integrates and aligns advanced placement, dual enrollment, and CTE credits earned in high school ​prior​ to college entry.  Just a third of Auburn University and University of Alabama graduates in 2015-16 earned all their credits at these two universities. With half of all CTE credits at community colleges on Pell Grants, Pell can be considered a workforce training program. Nearly every high-wage, high skill job requires at least some credits beyond high school, which is why Alabama needs a better aligned systems across all P-22 education and our workforce training system to save students and families time, credits, and money. This is what the unsung hero of our state’s alignment efforts, the STARS program, does. 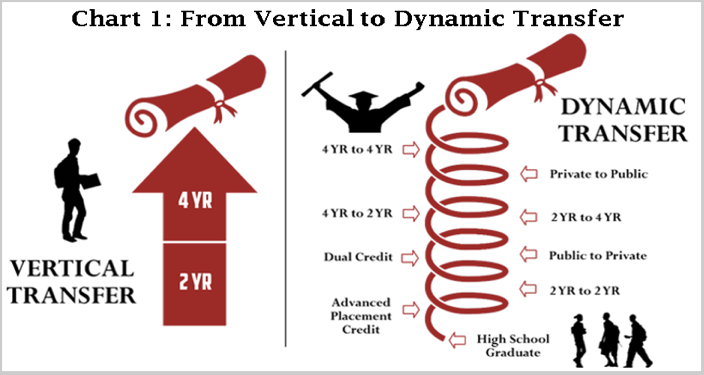 Recent national publications have cited the diverging Alabama and Mississippi economies, which were “two peas in a pod” for nearly 150 years.  For decades, the two were roughly six to seven percentage points below national averages. Then, in 2017, Alabama’s labor force participation rate suddenly ticks up toward the national average, while Mississippi’s ticks down. 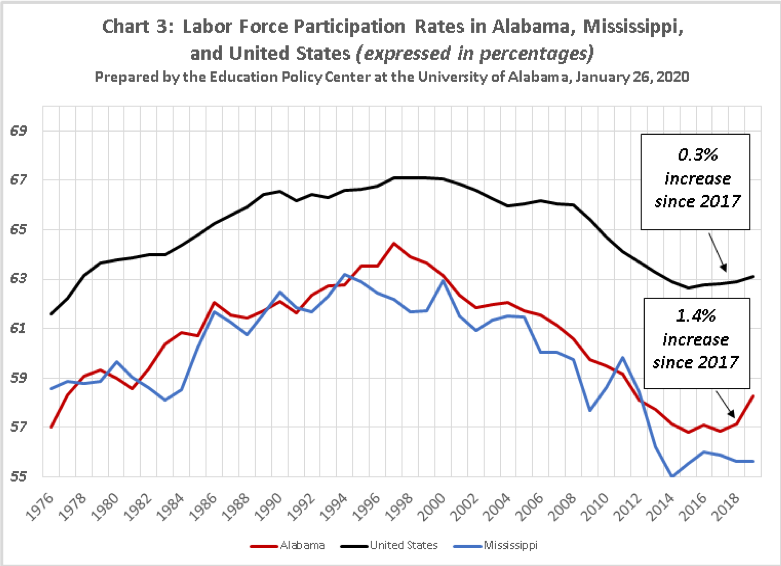 Alabama’s investment explains why. Alabama’s labor force participation rate was 56.8 percent in April 2017 when Governor Ivey assumed office. It has improved by 1.8 percent in just two and a half years. If Alabama gets to the national average of 63.2 percent, 196,000 more Alabamians would be working. This is roughly 40 percent of Governor Ivey’s target of 500,000 new Alabamians by 2025. However, we note that other states are moving forward too, so Alabama cannot satisfy itself by being average.

Alabama’s Strong Start, Strong Finish program is comprehensive in sweep and scope that includes but is not limited to:

A statewide task force charged to create a pipeline of computer science teachers for Alabama schools was begun, and the first class of new computer science teachers graduated in 2019 (recent Praxis test results for the initial class are promising). Efforts to seamlessly integrate early childhood, K-12 education, and workforce development efforts, combined with new funding, appears to have accelerated Alabama’s progress in 2019 and 2020. Today Alabama is a top destination for new business locations, and Kay Ivey is among the ten most popular governors of any state

Alabama’s state-level investments build upon federal efforts led by Senator Richard Shelby in 2016 to make the Pell Grant program year-round.  This was accomplished on May 4, 2017 as President Donald Trump signed the Consolidated Appropriations Act of 2017, which created a summer Pell grant of about $3,000 per student. Since Alabama has the lowest state-student aid program of any southeast state, federal student aid undergirds our state’s alignment programs, as Chart 1 shows.

Today’s positive position is in part due to enactment a decade ago of the Rolling Reserve Fund, which sought to end the “boom and bust” education funding cycles. When combined with federal and state alignment efforts, Alabama is positions well. Today’s challenge is to better align our education and workforce programs with services such as transportation, childcare, food security, and housing.

Alabama has built positive momentum to give our current and future workers the 21st century skills needed to compete in the global economy.  K-12, community college, regional and flagship university, and independent non-profit education leaders are combining with our state’s workforce training system to create a seamless journey all the way through. Now, as the Alabama Legislature considers a lottery to fund universal pre-K and establish a statewide College Promise program, our future is limited only by our vision.  Alabama’s challenge is to match potential with possibilities for progress.

Stephen G. Katsinas is Director of the Education Policy Center at the University of Alabama and Professor of Higher Education and Political Science. Noel Keeney is a Research Associate at the EPC. Katsinas coordinated a visit by Alabama leaders, including State Superintendent Eric Mackey, Alabama Commissioner on Higher Education Jim Purcell, and ACCS officials to visit Knoxville to see the Tennessee Promise, in May 2019.

Online job ads in September up 18.7 percent from last year

The monthly total of online job ads for September 2022 is down 8.1 percent versus the previous month.