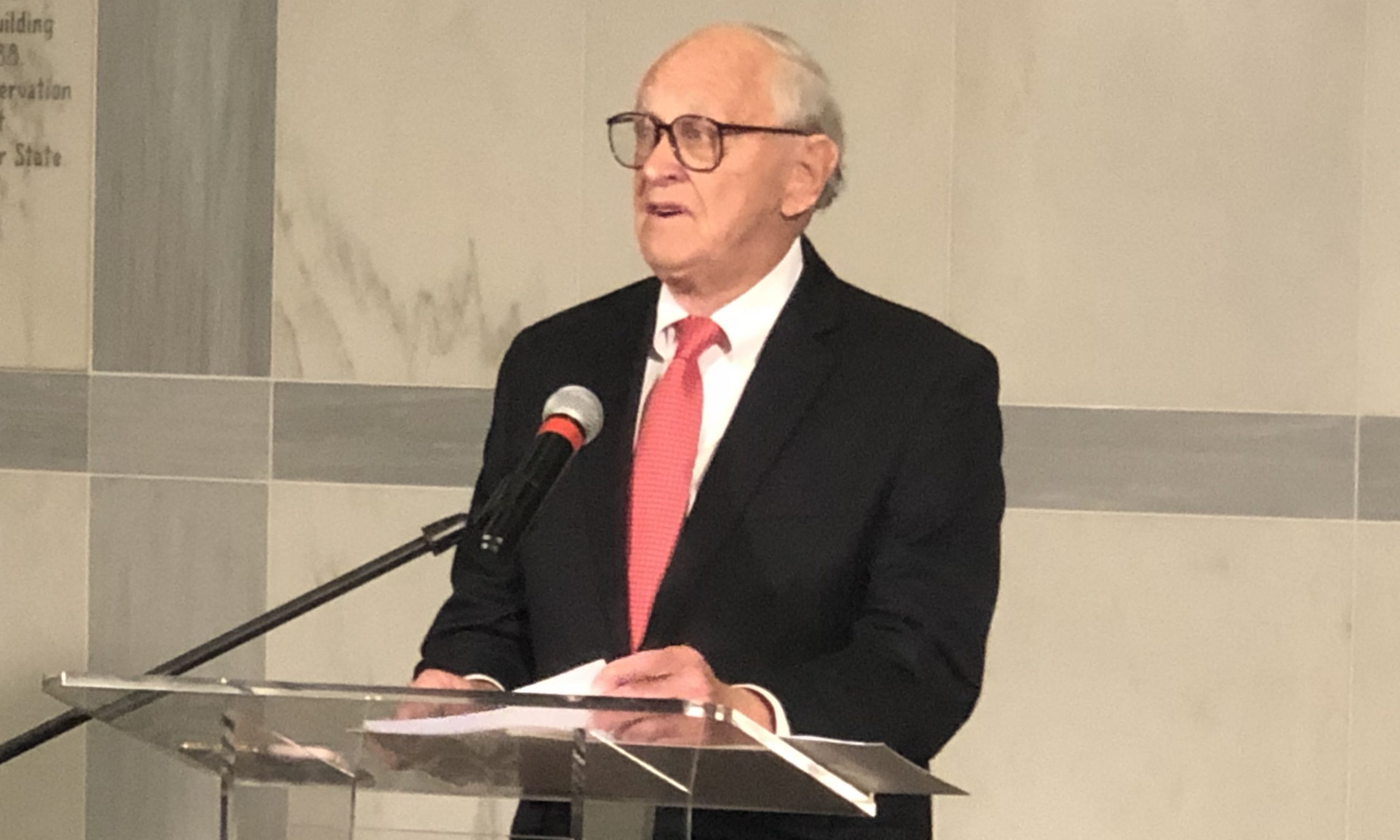 Former state Sen. Gerald Dial raised questions at a Tuesday press conference over the legal status of the Poarch Band of Creek Indians, distributing letters from high ranking officials in the Department of the Interior who question the tribe’s history and its legal rights to operate casinos.

In one letter, written by then-Interior Department solicitor David Bernhardt, Bernhardt flatly questions the Poarch Creeks’ history as a tribe and states that: “… the record simply does not support the Band’s existence as a separate tribal entity with a government relationship with the United States.” That letter also determines that the tribe should not have authority to operate a casino on lands in Montgomery, where PCI currently operates a casino.

“What if they’re not really legal?” Dial asked during his press conference. “Would this not be the biggest scam on Alabama?”

It is unclear what weight the letters, which were written between 2009 and 2011, currently hold, since statute-of-limitations considerations would certainly come into play. Dial tied the revelations in the letters to a recent issue with a Florida tribe, which was forced to repay around $1 billion in back taxes. It’s also unclear how the two cases are similar.

What is almost certainly an issue for PCI, given the opinions expressed in the letters from Bernhardt, who is now the Interior Department secretary, is future gaming expansion for the tribe within the state. Any expansion without a compact for the Poarch Creeks would require the Interior Department and Bureau of Indian Affairs to approve trust lands. Such approval appears highly unlikely.

APR has reached out to the Interior Department for more information but has not yet received a response.

At the press conference, Dial questioned why the Poarch Creeks have not received a compact with the state — the only federally recognized tribe operating gaming casinos in the U.S. without a compact — and raised questions about the billions of dollars the state has lost because of that fact.

“They have spent billions all over the U.S. and outside of the U.S. — if you have a child with college debt, that should bother you,” Dial said. “The Poarch Creeks and their money have been directly responsible for killing lottery bills that would have paid for that college. And they put that money into other states, to help their kids go to college debt free.”

To that end, current state Sen. Jim McClendon led off the press conference with legislation that would prevent PCI, and all other gaming entities in the state, from contributing to political campaigns — directly or indirectly.

“Now is the time to put a stop to this invasion of gambling dollars.”

McClendon and Dial each claimed the Poarch Creeks have dumped more than $4 million into recent elections, and McClendon also blamed the tribe for his recent lottery bills dying quick deaths despite receiving favorable receptions from voters and other lawmakers.

Mclendon predicted that there would be legal challenges to his legislation, but he compared it to laws barring regulated industries from contributing to the Alabama Public Service Commission.

“I expect there will be legal challenges to this legislation,” he said. “Rest assured, it will come from those with big bucks.”

He also expects some pushback from his colleagues in the Legislature.

“Since a number of people in the Senate have taken gambling money, I’m sure they will speak up,” McClendon said. “It’ll be interesting to see what position they take.

“There is a lot of money flowing from gambling interests and I don’t think it’s healthy at all.”

Tuesday’s press conference comes as the 2020 legislative session gets under way and lawmakers are expecting to tackle new gambling legislation that might finally put an end to the purgatory state in which Alabama gambling exists.

Currently, PCI operates three electronic bingo casinos, but doesn’t have a compact with the state and pays zero state taxes on the billions they collect each year. There are also three operating dog tracks, two of which offer electronic bingo games and a third that offers pari-mutuel wagering machines.

For years, lawmakers have toyed with the idea of legalizing some form of gambling, but the various interested parties involved have never been able to come together and reach an agreement. That usually results in gambling bill after gambling bill dying for lack of support in one house or the other.

Most recently, it has been the Poarch Creeks who have done the majority of the killing, knocking down gaming bills — with the help of tribe-friendly lawmakers — that they believe will cut into their current near-monopoly. In 2019, for example, one state senator, Greg Albritton, with the help of Senate President Del Marsh, managed to kill a McClendon-sponsored bill that was very popular with other lawmakers, because it cut all interested parties, including the Poarch Creeks, in on the games.

Another bill that would have allowed the tracks at VictoryLand and GreeneTrack to operate the same games as PCI was also killed.

Such heavy-handedness has rubbed a number of lawmakers the wrong way, and PCI’s quick ascent to power has also ruffled the feathers of longtime powerbrokers around the state.

Those hard feelings helped spawn Poarch Creek Accountability Now (PCAN), for which Dial serves as spokesperson. The non-profit has not disclosed its funding sources, which is legal, and Dial said at Tuesday’s press conference that it wouldn’t out of fear of retribution from PCI.

Dial released a trove of documents to the media, many of which show that federal authorities question PCI’s federally recognized status because of the Alabama tribe’s sketchy history. That status was achieved in 1984, and no one questioned it for several years. However, when PCI asked the Interior Department to approve trust lands for gaming at the Tallapoosa site in Montgomery, Bernhardt and his legal team apparently discovered that there fatal flaws.

Most notably, for a tribe to achieve federally recognized status, it has to prove that it had a pre-existing relationship with the U.S. government. The Poarch Band, which was a mish-mash of former Creek groups left behind after the Trail of Tears, never had such a relationship, according to documents contained within Interior Department legal research.

That is why Bernhardt and his team refused to approve the Tallapoosa lands for gaming in 2009. That decision was later withdrawn after the Interior Department failed to come to a comprehensive agreement on the lands, and PCI overall, within the required timeframe, and PCI was allowed to move forward with gaming operations at the site.

The state has challenged PCI’s standing in a federal lawsuit, and Escambia County challenged it another, with both citing problems with its history. However, neither lawsuit specifically addressed the issues raised by Bernhardt, nor did they challenge individual land trust decisions.