At a rare joint press conference, the Democratic Candidates for the First Congressional District called on Rep. Bradley Byrne and former Sen. Jeff Sessions to stand up for South Alabama following the Trump Administration’s proposal to cut nearly $300 million slated for projects awarded to Austal.

“The current administration’s decision to divert that funding from Austal to build the border wall is harmful to our community and will potentially put good jobs at risk,” said Dr. James Averhart, CW05, USMC retired. “This is nothing more than a political stunt on the backs of the hard-working men and women of South Alabama.”

Over the years, South Alabama has become a hub for shipbuilding and defense projects developing ships and planes for the United States military.

“While the President may be comfortable playing political games with our communities, our representatives must stand strong against this disastrous decision,” said Dr. Kiani Gardner, a scientist and professor. “We are grateful Senator Jones is speaking out against it and the devastating impacts it could have on our communities.” 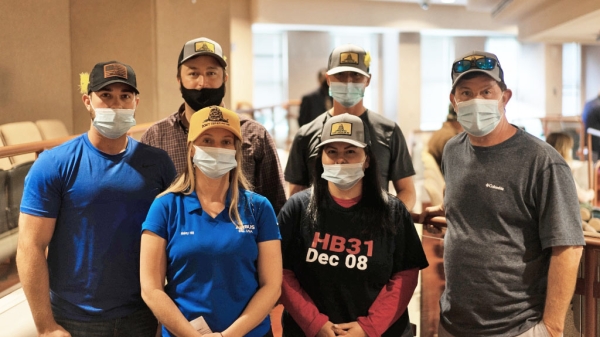 Republican voters in Shelby, Bibb and Chilton Counties will go to the polls Tuesday to pick their nominee.

The NDAA includes an amendment authorizing the construction of an additional ship by Austal USA in Mobile.