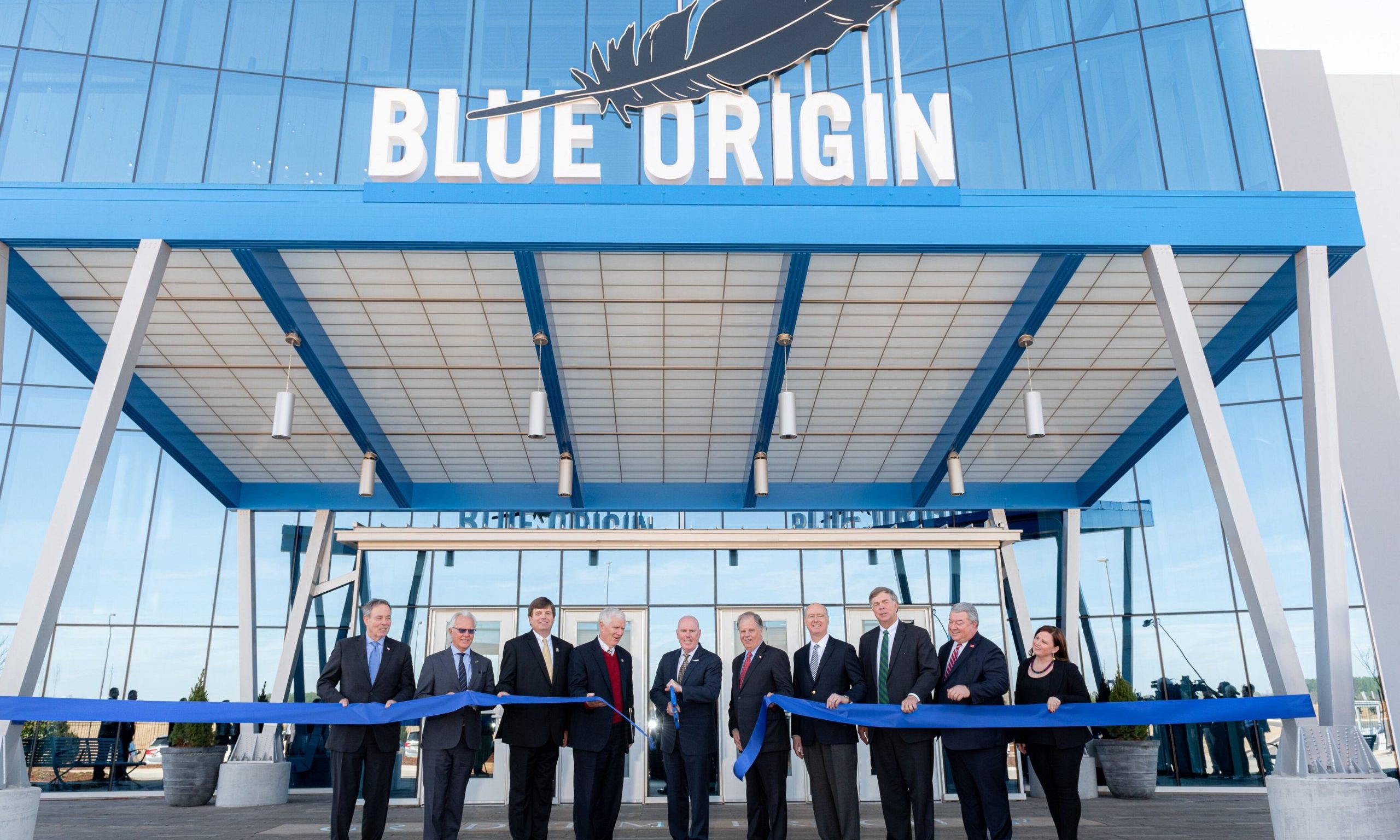 The massive new factory will allow the spaceflight company to accelerate the production of its heavy-lift BE-4 rocket engine. The move creates hundreds of jobs.

The BE-4, which is under development, will power both Blue Origin’s New Glenn rocket and the United Launch Alliance’s new Vulcan rocket, which is being produced at ULA’s factory in nearby Decatur.

Huntsville was an ideal location for the new factory, not only for its highly skilled workforce; but also for its proximity to ULA’s assembly pant and NASA’s Marshall Space Flight Center where the new Alabama-built engine will be tested. Marshall’s historic test stand 4670 is where the Saturn V moon rocket’s engines were tested.

Blue Origin is upgrading and refurbishing the test stand.

“This community is absolutely terrific to be a part of,” Blue Origin CEO Bob Smith said. “It has the kind of spirit that you want when developing this kind of technology and actually has the history that you can be feel proud about.”

“Enjoyed speaking at the ribbon cutting ceremony for Blue Origin’s new rocket engine production facility in Cummings Research Park,” Congressman Mo Brooks, R-Huntsville, said. “This top-notch facility will be used to conduct production of the BE-4 and BE-3U engines. These engines will undergo testing at NASA’s Marshall Space Flight Center on the historic Test Stand 4670. I joined Blue Origin CEO Bob Smith, Congressman Robert Aderholt, Huntsville Mayor Tommy Battle and several others this afternoon to discuss the impact Blue Origin is making in the Tennessee Valley!”

Alabama Commerce Sec. Greg Canfield was at the ceremony making the opening of the spaceflight company’s rocket engine factory.

Economic developer Dr. Nicole Jones told the Alabama Political Reporter, “In addition to the economic boost resulting from hundreds of new jobs in north Alabama, the Blue Origin BE-4 rocket engine production facility will allow the United States – the state of Alabama – to take astronauts once again into space without dependence on other nations. Methods of warfare have changed, and maintaining our dominance in the current space race is therefore a critical element in national security.”

Blue Origin’s 350,000-square-foot facility is located in Cummings Research Park and will employ more than 300 people. Smith said that around 200 jobs should be created over the next year.

The factory was a $200 million investment in the state and announced on June 2017, with construction beginning in Huntsville a little over a year ago.