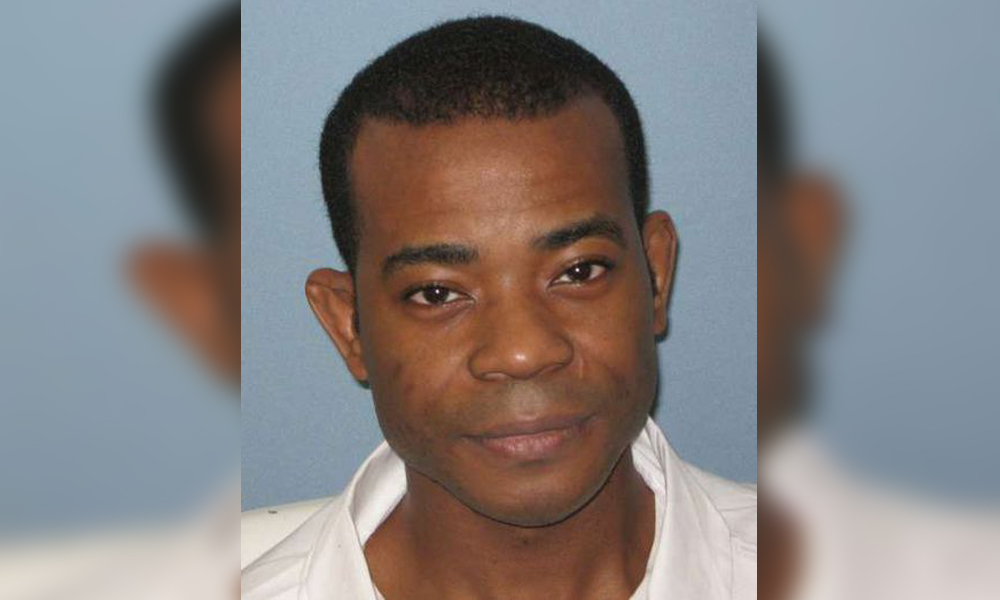 At 6 p.m. today Nathaniel Woods is to be put to death at Holman prison for the shooting deaths of three police officers whom he did not shoot.

A jury in 2005 convicted Woods of being an accomplice to the deaths of the three Birmingham police officers – Charles Bennett, Carlos Owen and Harley Chisholm III – but the man who shot them and wounded another, Kerry Spencer, admitted to the crimes and is also serving on Holman’s death row.

“I stand with hundreds of thousands of Americans across Alabama and the nation, pleading with you not to execute Nathaniel Woods,” Martin Luther King III wrote in a letter to to Ivey.

“Killing this African American man, whose case appears to have been strongly mishandled by the courts, could produce an irreversible injustice,” King’s letter reads. “Are you willing to allow a potentially innocent man to be executed?”

On the day the officers entered the Ensley apartment shared by Woods and Spencer, Woods surrendered and had no weapon, but the commotion startled Spencer awake in another room, and he came out firing his semi-automatic rifle, according to court records.

During Spencer’s trial he testified that those officers had harassed them over two visits earlier that day, and that when they arrived for a third time he was asleep in a bedroom. Spencer testified that he shot the officers as a “knee-jerk reaction” when he saw one officer with his gun unholstered inside the apartment.

Lauren Faraino, a New York City attorney originally from Vestavia Hills, who’s been researching the case released a report and a website that details Woods’ case.

Among Faraino’s findings in court records was that statements provided by the surviving officer, Michael Collins, changed during his many recorded statements and testimony during the two trials.

Collins told the court during Woods’ trial that in one of the previous visits to the apartment that day Woods told the police that  “[i]f you come in here, we’ll f— you up.”

Collins made no such claim, however, in two separate police statements or in Spencer’s trial, according to Fariano’s research. In all of those previous statements Collins only said that Woods had told them “f— the police.”

“The fact that Officer Collins never mentioned these exact words before Nate’s trial in which complicity was the charge raises serious questions about why Officer Collins suddenly changed his statement,” Fariano’s report reads.

“Officer Collins’s new-found testimony that Nate said “[i]f you come in here, we’ll f— you up” served as a cornerstone for the Court of Criminal Appeals’ decision upholding Nate’s conviction,” the report reads. “Specifically, the Court cited this testimony in rejecting Nate’s challenge to the sufficiency of evidence supporting his conviction on the accomplice-liability theory.”

Woods’s attorneys since the trial appealed the verdict, arguing that neither Woods nor Spencer had planned to kill the officers, and that there was evidence that there was police corruption related to a bribery scheme and drug sales, but according to The Appeal, those attorney’s made mistakes during the appeals, and none of the evidence has been heard by state courts.

Asked by The Appeal whether he and Woods planned the killings, Spencer said, “There was no plan to kill the police.”

A federal judge on Monday dismissed Woods’s petition to the court that claimed the state was targeting him for an early execution because he failed to change the method of his execution in time.

Gov. Kay Ivey in 2018 gave those serving on death row the chance to opt to die by nitrogen hypoxia, a newly approved but untried method of execution, but they only had a 30-day period in June 2018 to do so.

Alabama Attorney General Steve Marshall said in a statement Wednesday that Woods was correctly found guilty and sentenced to death by a jury of his peers, “and that sentence is set to be carried out tomorrow; that is, justice is set to be carried out tomorrow. The only injustice in the case of Nathaniel Woods is that which was inflicted on those four policemen that terrible day in 2004.”

Woods is set to die by injection of the state’s execution drug cocktail.