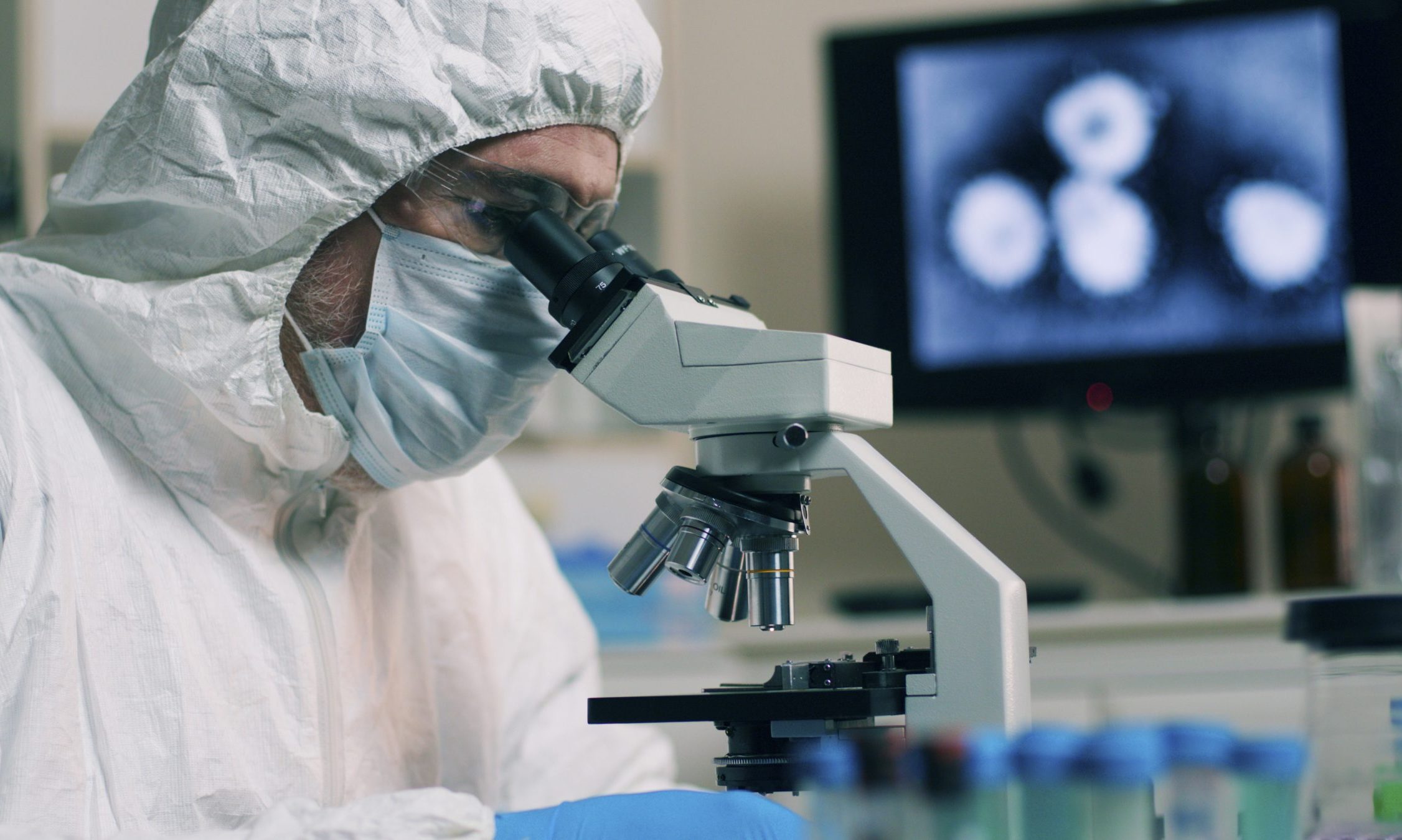 A research scientist working in his laboratory with a sample or specimen and an image of the Wuhan Coronavirus displayed on a computer screen.

A lack of testing for coronavirus in Alabama and across the country means we don’t know how widespread the deadly virus already is, said U.S. Sen. Doug Jones on Thursday.

Meanwhile, legislators in Montgomery on Thursday approved a $5 million appropriation to the Alabama Department of Public Health for “preparedness and response activities.”

Alabama Sen. Del Marsh, R-Anniston, said the money is a stopgap until Alabama’s portion of $8.3 billion, approved by Congress last week, is distributed.

In a series of tweets Thursday the Alabama Department of Public Health described a state lab with limited supplies and staffing, unable to test for coronavirus as quickly as the department would like.

Jones in a call with reporters Thursday said members of Congress met with top officials from federal agencies and the White House on Thursday, but were left with more questions than answers.

“I’m extremely concerned about the lack of availability of testing for both in Alabama, and in the country at large. Especially, it seems in Alabama,” Jones said. “We are being lulled in Alabama into a false sense of security because nothing has been detected, but as you will see from the news, there have been only a handful of people tested in Alabama. The virus is likely there, and we just need to deal with it, and even if it’s not, we need to take the actions now as if it was there.”

Jones said until tests are widely available and affordable “we won’t really know the extent of what we’re dealing with here. It is hard to plan, when you don’t know the extent, and, unfortunately, in the briefing today no one could really give us any answers as to when these tests are going to be available.”

“And I cannot stress that enough. No one can say, no one. Whether it’s the President or anyone else can say ‘everyone who wants to get tested can get tested.’ That is just not the case,” Jones said.

Dr. Scott Harris, state health officer, said during a press conference Thursday that fewer than 50 people have been tested in the state to date, and all came back negative for coronavirus.

Alabama on Thursday was the only southern state still without a confirmed case, and one of only six in the U.S. still without confirmation of the virus.

Dr. Karen Landers, area health officer for the Alabama Department of Public Health, told APR earlier this week that testing numbers are to be posted to the ADPH’s website just once a week, on Friday’s.

In a series of tweets Thursday ADPH described a situation in which the state lab has limited supplies and staffing to be able to test frequently. On average it takes the state lab between 24 and 72 hours to get results.

“Tests are being “batched” which means more than one specimen is tested whenever possible to reserve the limited supplies we have in order to be able to test more people. Depending on when a specimen arrives in the State Lab determines how long it will take to run the tests,” the department tweeted.

Staff that run the tests are microbiologists who require special training and certification, ADPH said in a tweet.

“We currently have limited staff who can perform this testing. We are quickly training 2 additional microbiologists to perform these tests,” the tweet reads.

Questions on how many tests were available in the state’s lab, and on whether ADPH was considering releasing testing numbers more than just once a week went  unanswered, but in a tweet Thursday the department said “We will re-evaluate our timeframe for releasing #COVID19 testing numbers.”

“The call volume itself and need to prepare responses to numerous questions is hindering the ability of the same staff who need to perform these tasks from doing so,” the department’s tweet reads.

Younger, healthier people infected with coronavirus may experience mild to severe flu-like symptoms, including a fever, cough and shortness of breath. For older people, especially those over 60 and who may have underlying medical conditions, COVID-19 is particularly deadly.

Jones expressed strong criticism for the response thus far in the U.S., and said countries that have taken proactive steps are mitigating the virus.

“We haven’t done that in this country…the fact of the matter is, we have been behind the curve in trying to get a handle on this and trying to mitigate it appropriately…We just overlooked what was going on in other parts of the world,” Jones said.

Asked whether congress is hearing about those who say they’ve asked for testing but weren’t tested, Jones said that they are. He said restrictions in place, administered by ADPH, on who can and can’t get tested is preventing some testing.

Current guidelines state that only those who have come into contact with someone who was tested to be positive for COVID-19, or who had traveled to a list of coronavirus-impacted countries or hotspot in the U.S., can be tested.

Asked whether there has been talk of loosening those restrictions to open up testing to more people, Jones said that may not help.

Jones said increasing the numbers ot tests was discussed at length in the briefing Thursday morning, but that  “quite frankly, we’ve just did not get good answers from any of these officials about when tests are going to be available.”

Jones said if more tests become available restrictions will be loosened, but that for now they need to remain in place.

“It’s a really difficult dilemma. We did not plan on this appropriately in our system, and our healthcare system in this country is not set up with something like this,” Jones said.

Asked whether there remains problems getting the needed chemical precursors that are required to conduct the tests, Jones said “absolutely.”

“The global supply chain is an issue here. That is going to be one of the problems that we have,” Jones said, adding that there have been meetings with private industries to discuss how the U.S. could access tests and supplies, and perhaps new tests being developed.

Jones said the coronavirus crisis is another example of why Alabama should expand Medicaid, but worried that even if it was done today there wouldn’t be enough time to have a major impact on the coronavirus pandemic.

“This is not going to be the last time that something like this happens, and we need to do all we can to make sure people have access to health care,” Jones said.

While the U.S. struggles with inadequate testing, other countries such as South Korea are leading the way with things like drive-thru testing, Jones said.

“I really hope that private industries can continue to partner with the government to come up with some innovative solutions. We’re also also working with a bipartisan group of colleagues to expand the use of telehealth as our public health officials and healthcare providers continue to work to respond to this crisis,” Jones said. “We need to do everything we can to prepare for and mitigate the impact of this coronavirus, and telehealth is a great way to do it.”

Jones said in the meantime he and others in Congress are monitoring the situation and doing what they can to expedite payout of the $8.3 billion in coronavirus funding approved by Congress last week.

Jones urged the public to wash their hands frequently, practice social distancing, and “think seriously if they have trips planned to Europe, about whether or not they should go.”