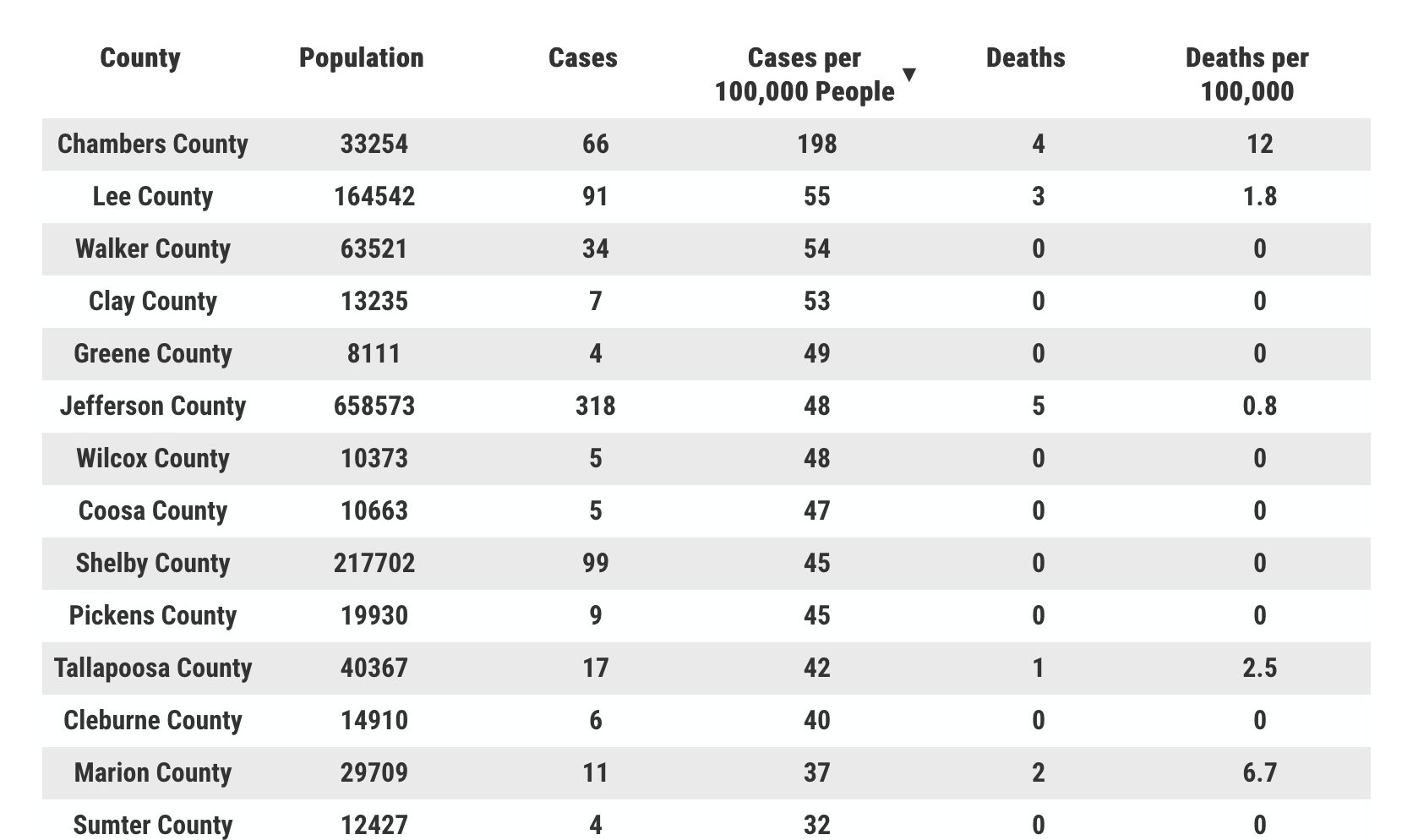 The Alabama Department of Public Health is investigating and performing contact-tracing in Chambers County as the number of COVID-19 cases in the county made another jump Thursday.

The number of positive confirmed cases in the county has nearly doubled in the past two days, rising from 36 on March 31 to 66 on April 2. The county has the highest number of cases per capita of any county in the state.

As of Thursday afternoon, the number of positive COVID-19 cases in Chambers County per 100,000 people rose to 198 — more than three times the number in Jefferson County, the area of the state with the most total cases at 318.

Dr. Karen Landers, the assistant state health officer at the Alabama Department of Public Health, said Thursday that the department is still investigating what might have contributed to such a high number of infections.

“We’re looking at that data,” Landers said. “At the moment, we do not have an indication specifically that we can discuss in terms of absolute linkage, but we are looking very closely at that data. And certainly, contact tracing is part of our review to see how those cases might be related.”

The high number of cases in East Alabama could be attributable to a higher rate of testing. East Alabama Medical Center has submitted about 1,325 tests to the state’s lab as of Wednesday, a hospital spokesperson said. It’s unclear how many tests have been performed in the state because not all commercial labs are reporting their negative tests.

“We followed up with our Health Alert Network asking that all information be input to this,” Landers said. “We know that some commercial labs report to us and some don’t.

Asked whether the state should require commercial labs to report their negative results, Landers said, “This would be a decision for our state health officer to consider.”

Neighboring Lee County has the second-highest number of cases per 100,000 people at 55. There are 91 total cases in Lee County.

Epidemiologists at ADPH are contact-tracing all positive cases in the state. But Chambers County appears to be a particular area of concern.