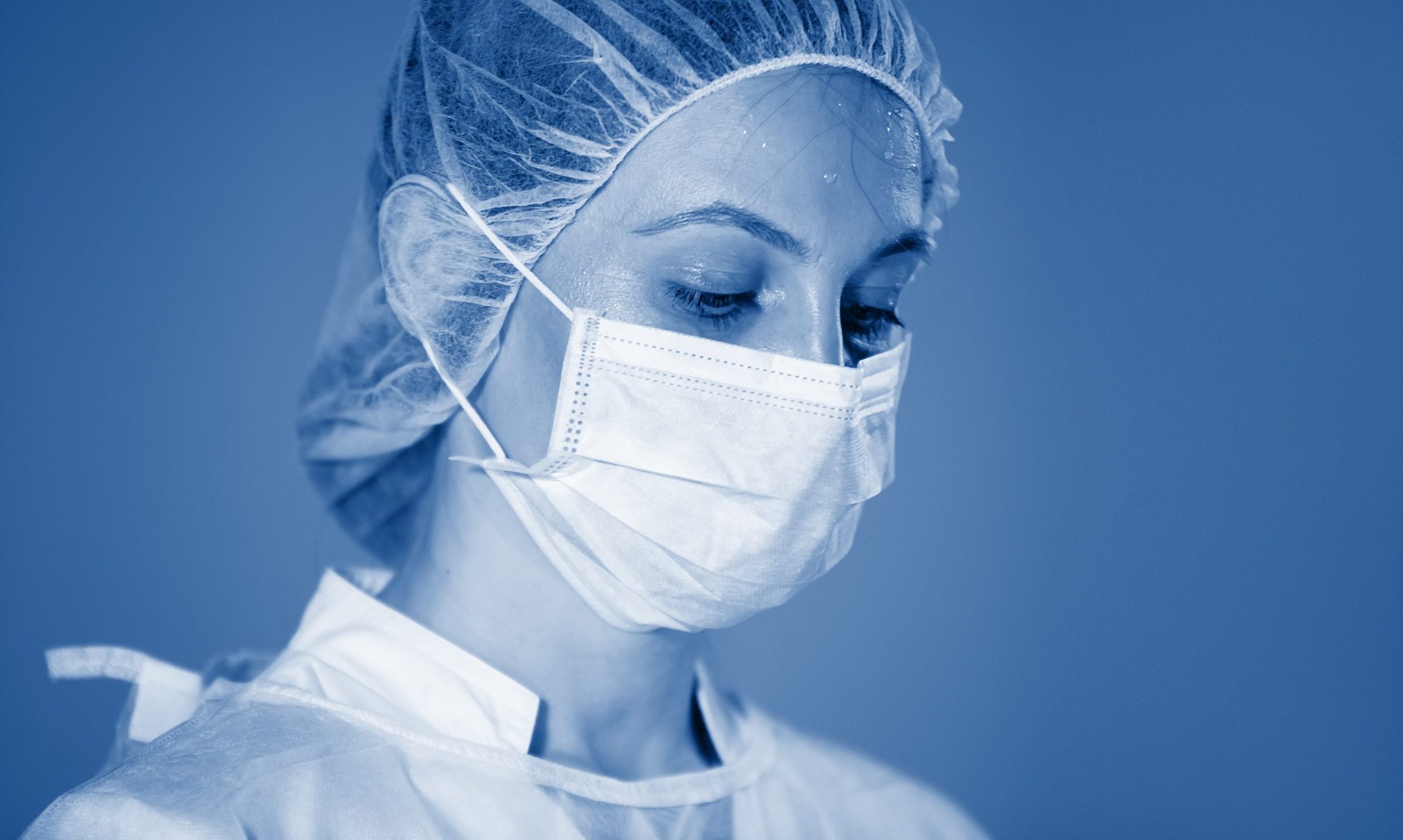 Nurse in a cap and mask during surgery

The number of health care workers who have tested positive for COVID-19 continues to rise in Alabama.

At least 500 Alabama health care workers who work at hospitals and doctor’s offices have tested positive for the virus, the Alabama Department of Public Health says.

Data released Saturday shows the number rose to 504 by April 10.

A week ago, Gov. Kay Ivey said 200 health care workers had tested positive. The number has increased from 315 on Monday to 504 by Friday, an increase of 60 percent in five days.

Across the country, health care workers on the front lines are among those most at risk of being infected with the virus.

Buzzfeed News, which began tracking health care worker infections, reports that at least 5,400 nurses, doctors and other health care workers have been infected nationwide. That number is far lower than the reality because many states are not releasing data.

In Alabama, medical staff who work at hospitals and doctor’s offices are not the only frontline workers facing the brunt of the virus. At least 137 long-term care facility employees and 135 long-term care facility residents have also tested positive, according to the Department of Public Health. These numbers include both nursing homes and assisted living facilities, the Alabama Nursing Home Association says.

The Department of Public Health is not providing information about which long-term care facilities are seeing outbreaks of the virus, but some facilities have been releasing their own data. AL.com reported that one nursing home in Hoover said 36 of its employees and residents tested positive.

The Alabama Nursing Home Association told APR Saturday that it is aware of at least 40 nursing homes in 20 counties that have reported a COVID-19 case among a resident or employees. Deaths among nursing home residents are not reported to the association.

Seniors are among those most at risk for serious health complications and death caused by the virus. About 67 percent of the verified deaths so far have been among those aged 65 and older.

“Access to testing is improving, but still far from what it needs to be,” said John Matson, the nursing home association spokesperson. “We stand by our earlier statement that nursing home residents should be in CDC Priority 1 for COVID-19 testing.”

Men, black people and those with underlying medical conditions have been among the groups most likely to die in Alabama, according to ADPH’s preliminary data.

Statewide at least 3,191 people have tested positive as of Saturday afternoon. At least 91 people who tested positive for the virus have died, and of those, 61 have been verified as COVID-19 deaths.

Twenty-five percent of job ads have salaries of $75,000 and above.