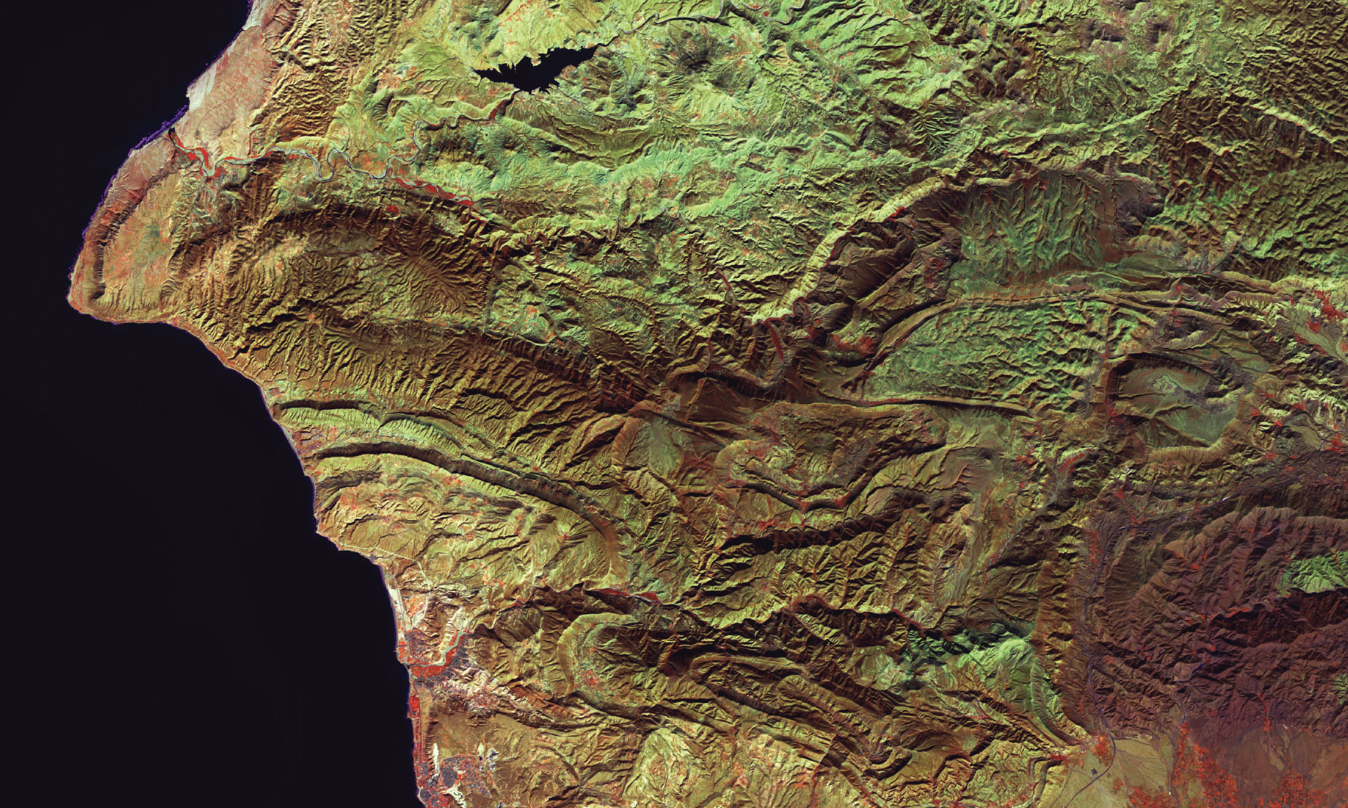 It can take distance sometimes to appreciate a thing, and on this Earth Day, a blend of science and art has combined to show just how beautiful and precious Earth is from miles above.

The Mother Earth as Art exhibition at the Jule Collins Smith Museum of Art at Auburn University, which can be viewed online, features satellite images taken by the United States Geological Survey and USGS and NASA that have been color enhanced to create works of art.

“It’s a perfect blending of science and art,” said Chandana Mitra, associate professor of geosciences at Auburn University who teaches on climatology and climate change, who organized the exhibit.

Mitra has worked for several years with AlabamaView, the state’s chapter of the nationwide AmericaView consortium for remote sensing education, research and geospatial applications.

This year marks the 50th anniversary of Earth Day, so to celebrate, Mitra worked with Brent Yantis, director of the University of Louisiana’s Regional Application Center and board chair of the National AmericaView consortium and several students to create and share the images.

“Our earth is beautiful. We know that,” Mitra said. “But we have exploited the earth.”

The Jule Collins Smith Museum of art will host a Facebook live discussion on the Mother Earth as Art exhibit at 1 p.m. today on the museum’s Facebook page.

Mitra said we can see climate change and its impacts on the planet, and the images in the exhibit will hopefully make the public remember “how we should try to preserve what we have, and bring back some of the beautiful things which we had earlier on, which no longer exist.”

Mitra said the goal in the future is to create more images of Alabama’s own special geography. Plans call for the exhibit to travel to museums and throughout the southeast, Mitra said.

As the COVID-19 pandemic closed whole segments of societies around the globe, shutting down factories and removing millions of vehicles from roadways, air pollution has improved. Mitra said scientists hope that the public learns lessons during these challenging times.

“It’s a time when we should learn to appreciate the earth…and not to forget that if we go on doing what we were doing before the pandemic hit, it’s not going to sustain us,” Mitra said.

There are plenty of unknowns as we navigate the pandemic and try to get back to some kind of normal, but Mitra said the hope among climate scientists is that once we’re on the other side of it, societies will change habits for the betterment of the planet and ourselves.

“We’re going to be much more healthy, and appreciate the benefits of family and friends, and this beautiful earth. We will not take it for granted anymore,” Mitra said.

Individually, and as a group, we can do things differently, she said.

Groups and museums wishing to host the Mother Earth as Art exhibit may email Dr. Chandana Mitra at [email protected].