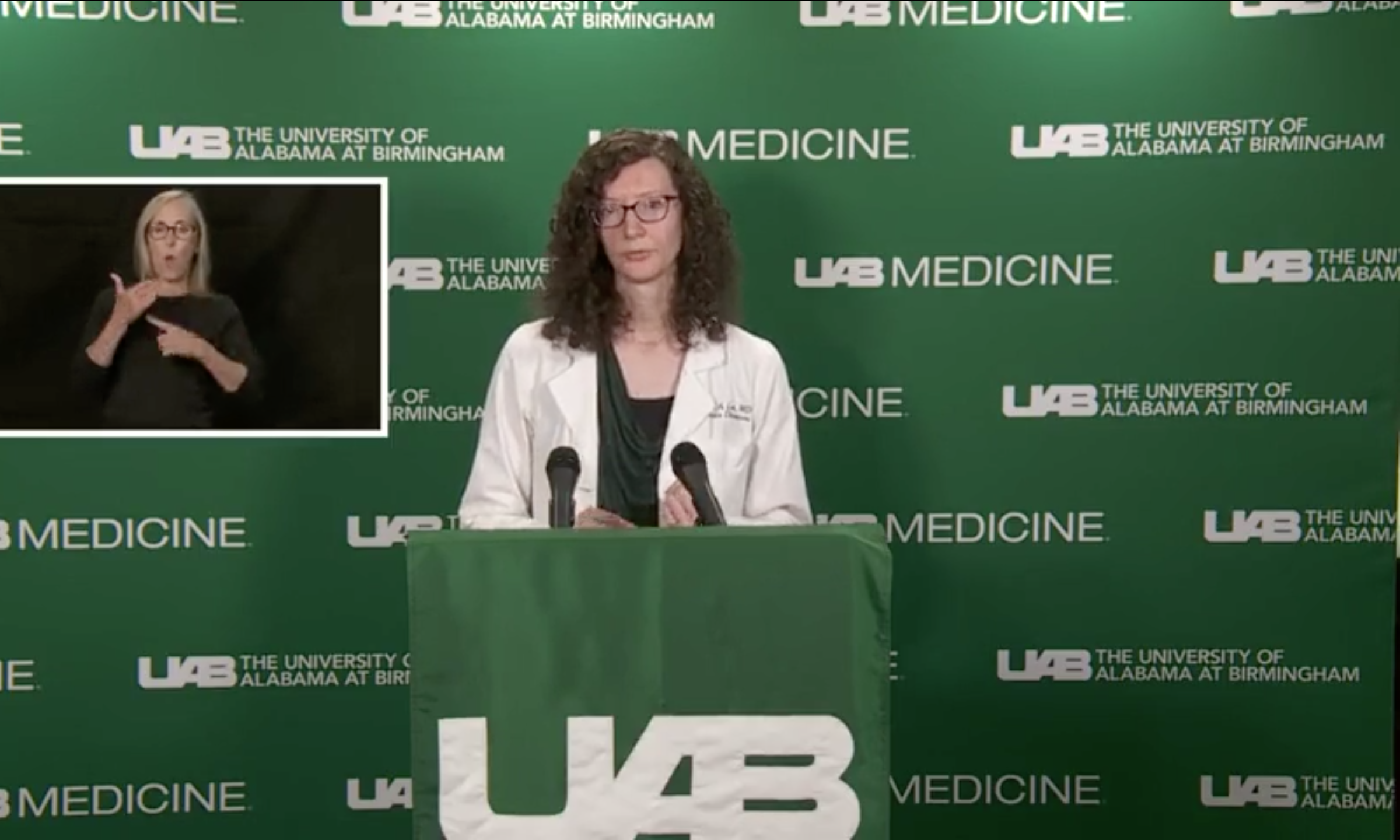 The University of Alabama at Birmingham on Monday announced two new mobile testing sites for Birmingham meant to boost COVID-19 testing for those outside of downtown.

“We know that not all patients and not all citizens in Birmingham and Jefferson County want to or can come to a downtown drive through testing site, so we want to be able to go to them and meet them in their communities where they are,” said Jordan DeMoss, vice president of Clinical Operations at UAB, at a press conference Monday.

Those who believe they may need a test are asked to call UAB’s special line set up for the testing site at 205-975-2819, where an expert can help determine if a test is needed and schedule an appointment to be tested, DeMoss said.

DeMoss said UAB expects to test between 50 and 100 people a day at the mobile sites, but the goal is more about getting tests to those who cannot get to the downtown testing site than hitting a target number of tests.

Problems getting critical testing supplies, such as testing swabs and the reagents used during the testing process, remain a barrier to increasing testing statewide, DeMoss said.

Since UAB began testing for COVID-19, the University’s lab has increased daily testing capacity from 100 to about 600, DeMoss said.

“We still don’t think that’s enough, and so we have plans to continue to expand that capacity over the next month, and months ahead,” DeMoss said.

Statewide as of Monday, 73,997 people have been tested for the virus, according to the Alabama Department of Public Health, which is just more than 1 percent of the state’s population.

Dr. Rachael Lee, a UAB epidemiologist, said during the press conference that while the new confirmed COVID-19 cases in Alabama appear to be slowing, now isn’t the time to back off of social distancing, hand hygiene or wearing masks in public.

“The efforts that we have done in terms of social distancing and stay-at-home orders through Governor Ivey have really been essential for protecting our citizens and preventing the spread,” Lee said.

We’re still not seeing the kind of broad testing that’s needed to get a clear picture of what’s happening in Alabama, Lee said.

Speaking of the possibility of reopening Alabama’s economy, Lee said “a lot of it is dependent on testing, because of that, that model of being able to contain as much as we can.”

“But we have to remind ourselves that we are likely going to be entering a new normal,” Lee said.

Social distancing, wearing masks in public and good hand hygiene are going to be with us for some time, Lee said.

“Hopefully we don’t lose our guard with this, because we are concerned that we may see a second wave,” Lee said.

APR reported on April 20 that Alabama hasn’t yet met the level of mass testing recommended by public health experts, so knowing the extent of the virus in the state is difficult if not impossible.

Lee also discussed the barriers to increasing testing and noted, as DeMoss did, problems getting testing supplies.

“Jordan and his team, they’re constantly calling for more swabs and more reagents in order to test,” Lee said. “If we could test all patients regardless of their symptoms, we would. That’s what limits us the most.”

In this article:coronavirus, COVID-19, featured2, University of Alabama at Birmingham School of Medicine