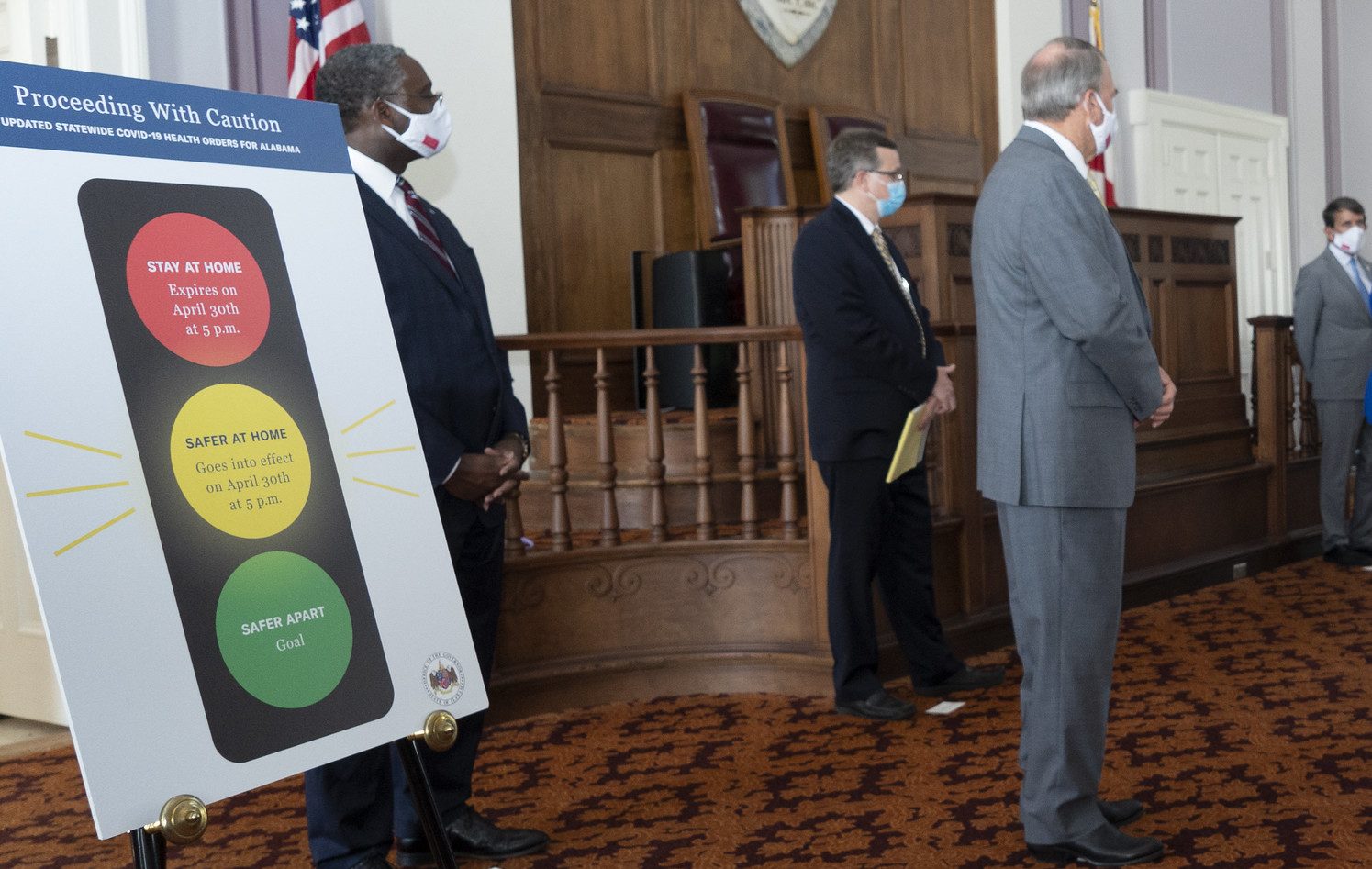 “The members of the House Republican Caucus commend Gov. Ivey for making a difficult decision and allowing many of Alabama’s small businesses to resume their operations,” Ledbetter wrote. “Gov. Ivey’s revised public health order strikes a perfect balance between our current economic realities and the significant public health challenges that Alabama currently faces.”

“Allowing our retail businesses to reopen gives hope to the owners and employees and has the additional benefit of reducing crowds that have congregated in big box stores,” Ledbetter continued. “Authorizing elective surgeries to resume will allow both urban and rural hospitals to stop the financial hemorrhaging that resulted from the pandemic. Opening our beaches with proper social distancing enforcement ensures that Alabama’s tourism industry will be able to operate during its important summer season.”

In February, Alabama had 2.7 percent unemployment, the lowest unemployment rate in the history of the state, the highest average weekly wages, and the largest workforce. After six weeks of the economic shutdown to fight the spread of the coronavirus strain, SARS-CoV-2, the state has the highest unemployment it has seen since the Great Depression.

“Alabama faces a long road back to the historic economy we enjoyed just a few weeks ago, but Gov. Ivey’s revised public health order allows us to take the first step on that important journey,” Ledbetter concluded. “The Alabama House Republican Caucus stands ready to do its part.”

Ivey said that the rate of new cases and hospitalizations has plateaued in the state, but it has not gone down yet. Because of that, she did not implement the full White House Guidelines for phase one of reopening the state’s economy.

Restaurants still may not have diners inside the facility. They can be open for carryout, delivery or to-go window service only. The state’s bars and nightclubs all have to remain closed. Gyms, massage parlors, hair salons, nail salons, barbershops, spas, martial art training, or anything where there might be hands-on human contact has been ordered to remain closed until further notice.

Georgia Gov. Brian Kemp has allowed barbershops, hair salons, massage parlors, restaurant dining rooms to open so Alabamians who want to drive up the interstate could go to Georgia for these services like many go to Georgia to buy lottery tickets now. But the state’s new order does urge Alabamians to limit travel outside the home, and public health experts are urging the state’s residents to stay home.

The Alabama Political Reporter asked Ivey if there would be a high school football season this year.

APR asked if football coaches would be allowed to conduct skills camps, strength and conditioning programs beginning in June to prepare for the football season that begins in August.

Ivey would not commit to that at this time.

Churches also are to remain closed. Weddings and funerals are being limited to just ten people in attendance.

The governor has not released a time table on when the state will return to normal.

State Senate Pro Tem Del Marsh, R-Anniston, told APR that that could take two years and the development of a vaccine to be fully back to normal.