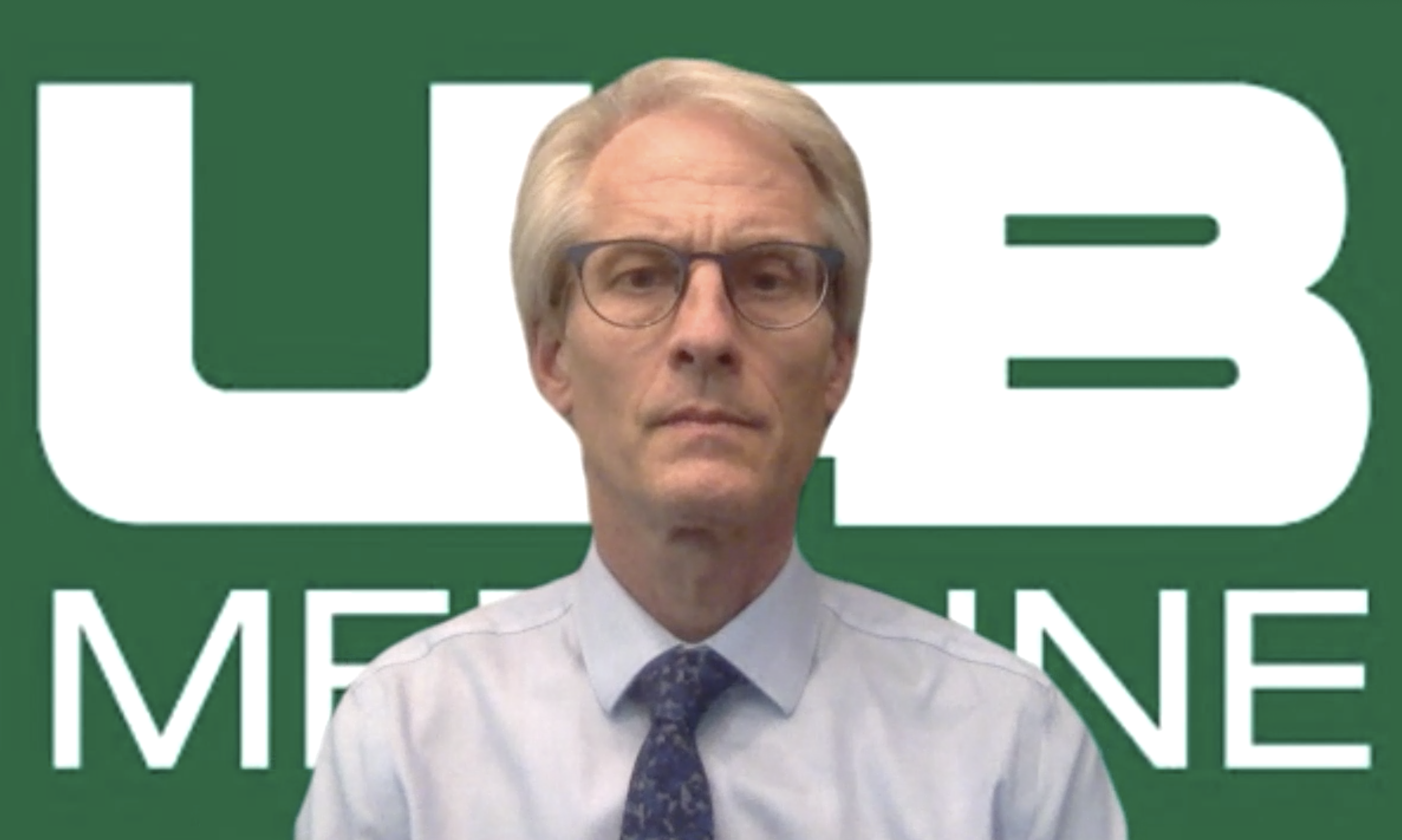 Preliminary results in a clinical trial for the drug remdesivir to treat COVID-19 patients shows promise that the drug is likely “going to be saving lives,” but the drug company will be challenged to make enough for those who’ll need it, said the doctor at the University of Alabama at Birmingham who oversaw the university’s portion of the trial.

The National Institute of Allergy and Infectious Diseases on Wednesday released early results of a worldwide clinical trial, which showed that in a sample of 400 of the overall 1,063 coronavirus patients enrolled in the study, those who received remdesivir, rather than a placebo, recovered 31 percent faster.

“It’s 31 percent effective over a placebo, which doesn’t sound fantastic, but it is likely going to be saving lives, and it gives the researchers direction on how to target this virus and come up with even better therapies,” said Dr. Paul Goepfert, professor of medicine in the UAB Division of Infectious Diseases and principal investigator in UAB’s clinical trial of the drug, during a video conference with reporters Wednesday.

The California-based drug manufacturer Gilead Sciences owns the rights to remdesivir, which was developed with the help of UAB. It had previously been tested on Ebola patients, but with less promising results.

NIAID chose UAB as one of 75 sites around the world, and the university enrolled 16 coronavirus patients into the clinical trial in late March.

Dr. Nathan Erdmann, an infectious disease specialist at UAB who oversaw UAB’s patient enrollment in the clinical trial, said during the video conference Wednesday that a handful of the 16 patients are still being treated at UAB, and the reason for NIAID’s quick release of preliminary results was so that those still in the trial who may be receiving the placebo can begin to receive remdesivir.

Goepfert cited NIAID director Dr. Anthony Fauci’s recent comments at a press conference on remdesivir, in which Fauci compared the drug to the HIV drug ACT, which had a limited impact HIV, but ushered in the creation of other drugs that did.

“I’m hoping that this will do the same for coronavirus,” Goepfert said.

Remdesivir will likely become a standard treatment for COVID-19, Geopfert said, but there are other considerations when it comes to getting the drug to the patients.

“The challenge is going to be for Gilead, the drug-maker, to come up with enough doses to treat the number of people that are going to need this,” Goepfert said.

The drug will also replace any future placeboes in other trials, he said, which will require more doses.

“But this is a very exciting time and I think it’s very hopeful. It certainly isn’t a home run at this point, but it is extremely hopeful that at least now we have something that can make a change in somebody’s life who has severe coronavirus infection,” Goepfert said.

Asked how long it may take for the U.S. Food and Drug Administration to approve the drug for use with COVID-19 patients, Goepfert said that’s not clear yet but that “this is certainly going to be fast-tracked.”

FDA Commissioner Stephen Hahn in an interview with Bloomberg News on Thursday said the administration is working at “lightning speed” to review the new data on the drug.

“We’re working with the company to emphasize the necessity of speed while at the same time to understand the data,” Hahn told Bloomberg. “There will be a lot of factors that go into all the regulatory decisions. We want to look at the totality of data to make sure that remdesivir is targeted to the right patients.”

It’s also not yet clear whether remdesivir works better or worse on coronavirus patients who have other underlying medical conditions, Goepfert said, but that will come out when the full results are released later by NIAID.

There remain more than 600 patients in the clinical trial worldwide, and the data will only get stronger as the trial continues, Goepfert said.

But the China study only enrolled around 200 patients, Geopfert said, compared to the NIAID study with more than 1,000.

“And even if you look at that study, the remdesivir arm actually tended to do better. However, it didn’t reach statistical significance, which is very important in clinical trials,” Goepfert said.

Erdmann said reports that the China study and the larger NIAID study conflict one-another is not accurate.

“It’s not that the China study failed. It’s just a function of the limited numbers that they were able to enroll,” Erdmann said.

Asked if the drug is the “gamechanger” that researchers have been looking for in the fight against coronavirus, Erdmann said that’s “to be determined.”

What is most relevant to this study is that researchers know now the drug that compared to a placebo has significant therapeutic benefits, Erdmann said.

“We know that this is something that will actually help patients,” Erdmann said. “We need to determine how this drug can best be implemented. There’s all sorts of logistics involved with getting the drug available.”

But the drug will “very likely” have an impact on how physicians treat COVID-19 patients going forward, Erdmann said.

For 400 of those enrolled in the clinical trial, 10 days of treatments with the drug reduced the average hospitalization days time for COVID-19 patients from 15 days to 11.

A separate study released by Gilead on Wednesday showed that there was little difference in health outcomes if patients were treated with the drug for just 5 days instead of 10.

“That can have enormous implications for the amount of drug that’s available to treat patients going forward,” Goepfert said.

In this article:coronavirus, COVID-19, featured2, University of Alabama at Birmingham

The one-shot vaccine was approved for emergency use by the FDA on Saturday.