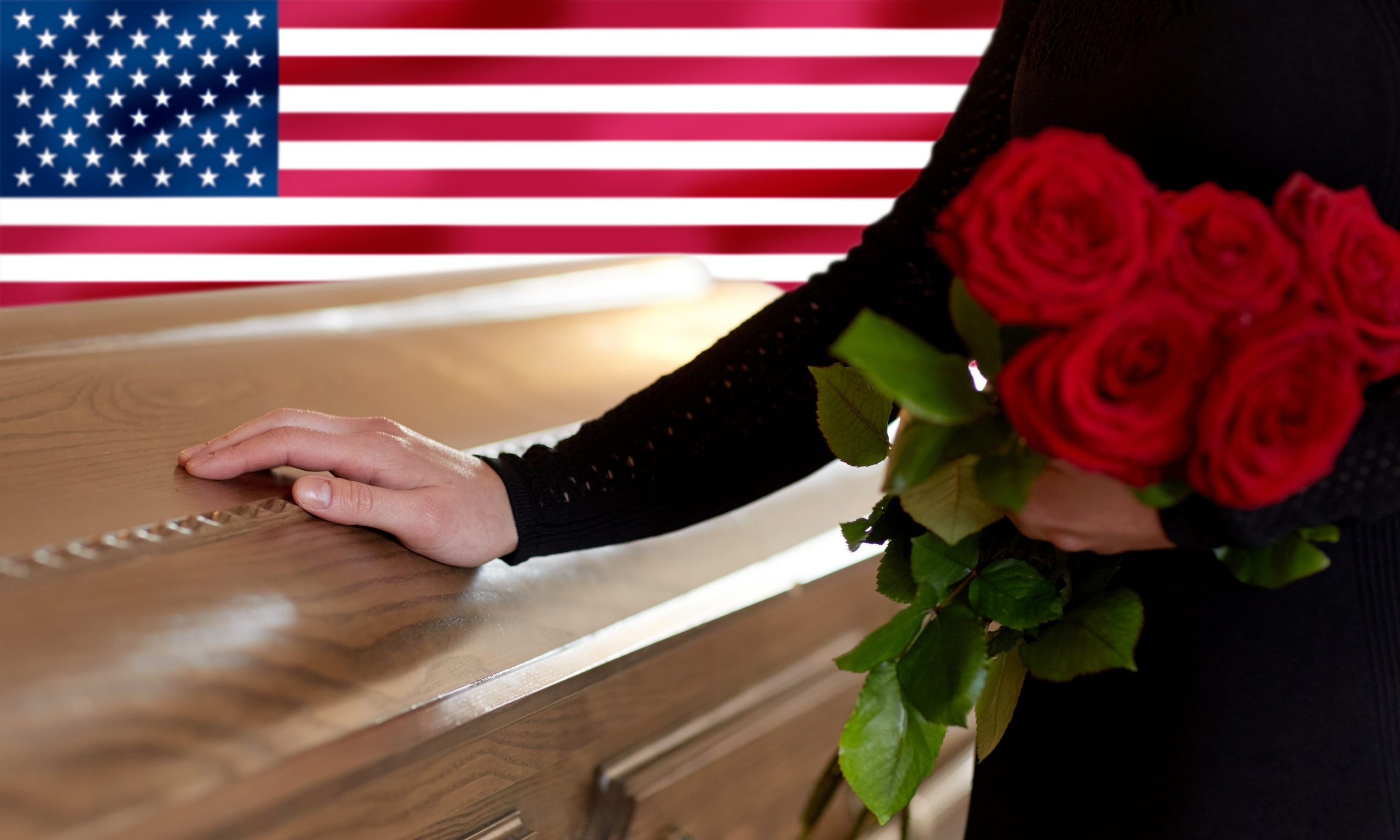 Anxiety, anger, fear and denial is everywhere as the calamity caused by the COVID-19 pandemic drags on with no end in sight.

What seems lost is a collective sense of compassion and sorrow for the souls lost and the families broken by this deadly coronavirus.

Some think that Gov. Kay Ivey’s new safer-at-home order is a license to do as they please while others comply.

There is also a growing chorus of Alabamians who believe any restrictions on their daily life is an oppressive act of tyranny.

Where is our shared sense of mourning?

It’s as if a national narcissism has set in and empathy commonly witnessed in times of crisis is giving way to the worst human impulses of selfishness.

If the number of dead in the U.S.—in the last few months from COVID-19—were placed in flag-draped coffins side-by-side, it would stretch for over 29 miles.

Alabama has seen fewer deaths than once projected, but as a state, we are not even close to being out of the woods, and the results of lifting some restrictions are still unknown.

Data compiled by APR‘s Chip Brownlee shows that the Alabama Department of Public Health reported more than 300 new COVID-19 cases Saturday — the first day since April 12 when more than 300 new cases were reported in a single day.

The COVID-19 outbreak is still a present danger and a second wave could possibly be even more deadly this fall, according to most experts.

Hospitals are better prepared, self-distancing has flattened the curve, but the road ahead is still rife with hazards.

But some of Alabamians, especially among a set of Republicans, believe the governor’s actions are not only wrong but unconstitutional.

Over the weekend, former State Rep. Mack Butler, R-Gadsden, took to social media to express sentiments that are shared by many Republicans in the state.

“Something to fear far more than any virus is the over-reach and violation of our U.S. Constitution by our government. We have governors telling us they know best and are only protecting us while at the same time releasing criminals. They are only protecting us while causing financial ruin,” Butler wrote on Facebook. He further noted, “I would ask you to read our Bill of Rights where the very first amendment declares we have the right to exercise our religion, yet our government has closed our houses of worship. We also have the right to peaceful assembly, yet they have banned that as well, and we have the right to protest, yet some have been arrested for such.”

Butler is not alone in his beliefs. Similar things have been said by Congressman Mo Brooks, R-Huntsville, who in late April called for an immediate lifting of restrictions on the business community saying that Gov. Kay Ivey’s stay-at-home order was killing the economy and amounted to a “Nanny-state” controlling every aspect of citizen’s lives.

Brooks has also indicated that there is an acceptable number of lives that can be sacrificed to the gods of economic prosperity and that more people will die from the “economic catastrophe” than the novel coronavirus, which has claimed more than 67,000 individuals in the United States alone.

But it’s not just Butler or Brooks—they are not anomalies, but part of a broader group who see the pandemic as something more than a killing machine. They believe it is government at its worst.

As Americans, they are entitled to their beliefs, even if they are dead wrong.

Perhaps those who cry tyranny should imagine 70,000 corpses in a field and then explain to their loved ones that the government acted with malice.

Ivey’s actions have been cautious and measured, weighting safety and the economy. No decision during a severe crisis is ever perfect; there are too many unsuspected variables, but so far, the state has averted the worst possible outcomes of the COVID-19 pandemic.

But if nearly 300 deaths in Alabama and around 70,000 dead in the United States is winning, then losing is unimaginable.

Still, where is the universal cohesion and joint compassion that usually accompanies such large-scale disasters?

Former President George W. Bush on Saturday released a video in which he called on all citizens to come together in a shared purpose and responsibility.

“Let us remember how small our differences are in the face of this shared threat,” Bush said. “In the final analysis, we are not partisan combatants. We are human beings, equally vulnerable and equally wonderful in the sight of God. We rise or fall together.”

He further pleads for us to understand that the burden of this crisis will fall unevenly on the nation.

“Let’s remember that the suffering we experience as a nation does not fall evenly. In the days to come, it will be especially important to care in practical ways for the elderly, the ill and the unemployed,” Bush said.

Bush, known as a compassionate conservative, is a rare breed by today’s standard.

During the Vietnam War, nightly news broadcasts showed footage of flag-draped coffins returning the dead home from a faraway battlefield. Those images and the lies the government told hardened Americans’ attitude toward that war. Outrage and collective sorrow led to the war’s end.

More Americans have died from COVID-19 in the last few weeks than during the two-decade war in Southeast Asia.

Death and suffering serve no party or political platform.

It seems that not only our national character is being tried, but so is our collective morality.

Fear, anger and irresponsibility is everywhere, but so is caring and self-sacrifice.

But where is our shared sorrow and grief?