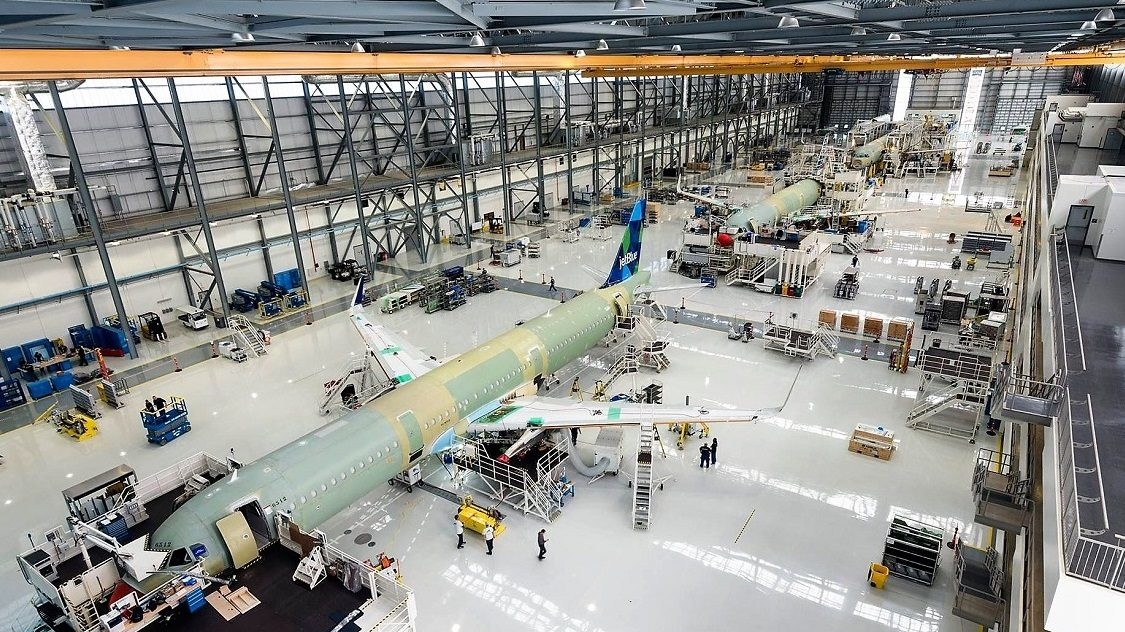 Airbus announced on Tuesday, that it has officially begun production of A220 aircraft at its Final Assembly Line hangar in Mobile.

Paul Gaskell is the President of A220 USA and head of the A220 Program in Mobile.

“The team is excited to start working in their new facility and to welcome a new customer,” said Pres. Gaskell. It’s a strong endorsement from JetBlue in this challenging time.”

Economic developer Dr. Nicole Jones said, “Last year economic developers were in agreement that the newly constructed A220 aircraft manufacturing facility would serve as a catalyst for jobs and aerospace investment in the near future and for years to come. JetBlue’s partnership is an example of how that statement has become a reality. The announcement demonstrates Airbus’ strength in our state, our nation, and the world. We are fortunate to have Airbus in Mobile, Alabama.”

Airbus said that its workforce in Mobile has begun production of the first U.S.-built A220 for U.S. airline company JetBlue. This announcement means the 270,000-square-foot hangar, where both A220-100 and A220-300 aircraft can be assembled, is officially open for business after an 18-month construction project.

The new Final Assembly Line allows Airbus to add A220 production to its Alabama manufacturing facility, which originally only built the A320.

“The expansion of our commercial aircraft production in Mobile to a second product line further solidifies Airbus’ standing as a truly global aircraft manufacturer and confirms that Airbus is an important part of the American manufacturing landscape,” Gaskell said. “This A220 assembly line will help satisfy the U.S. demand for the A220 aircraft.”

The facility houses five primary assembly stations where major airframe component assemblies come together for a completed aircraft in a flowline process.

JetBlue will be the second customer served by the Mobile team, with its first U.S.-made A220 scheduled for delivery in the fourth quarter.

“The opening of Airbus’ A220 Final Assembly Line in Mobile demonstrates the company’s commitment to aircraft production in the United States, and Alabama is proud to be the home of its growing U.S. manufacturing presence,” said Alabama Commerce Secretary Greg Canfield. “This marks another significant milestone for Airbus and its Mobile production center, and we look forward to seeing many others in the future.”

The airline industry has been hit really hard by the coronavirus crisis. In January, there were 111,000 airline flights a day. By April that had dropped to just 28,000 flights a day and many of them are near empty. The number of tickets sold were off by 95 percent in April from April 2019.