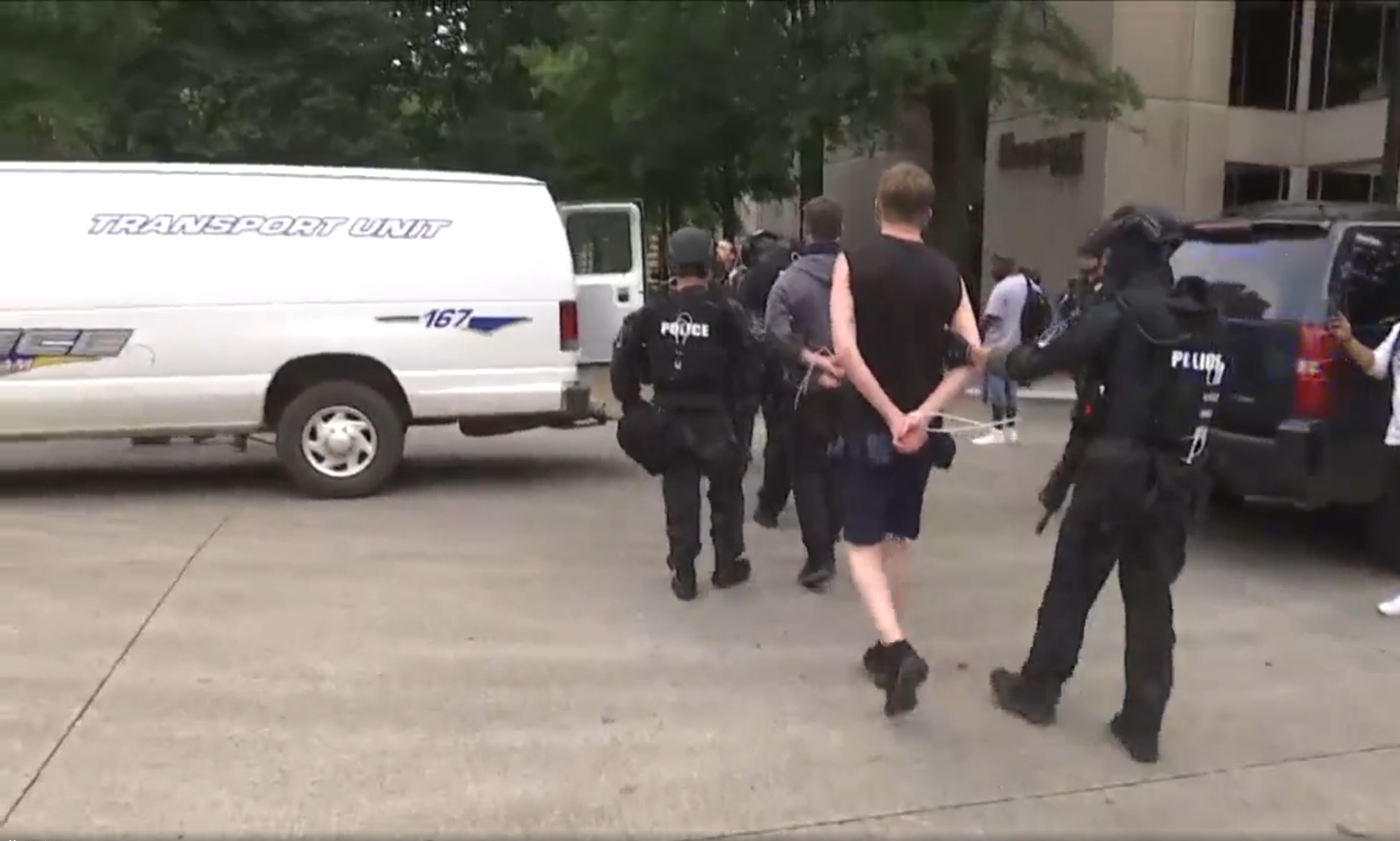 Birmingham Mayor Randall Woodfin’s ban on all demonstrations on city property runs counter to the city’s history of protest and of the U.S. Constitution, says the ACLU of Alabama.

The state of emergency proclamation followed the death of George Floyd by a police officer in Minneapolis that sparked peaceful protests in Birmingham on Sunday which turned into sporadic rioting early Monday morning, resulting in numerous businesses being burned and an attack on two journalists. Twenty-four people were arrested in connection with the rioting.

“I want you to know that I 100 percent support civil disobedience. That is very different from civil unrest,” Woodfin said Monday. “I support activism and your right to peacefully assemble. I don’t support mobs of people destroying things just because.”

But on Tuesday Woodfin amended his proclamation and extended the ban on demonstrations and marches to be in effect 24 hours each day, indefinitely.  The new order makes an exception for any such event if the city issues a permit to allow such, however.

Woodfin announced the amended proclamation to Birmingham City Council members in a Tuesday meeting, and said that because of “infiltrators, in the form of agitators or looters infiltrating peacefully protesting” and some locals participating in the unrest, he’d added to his original proclamation.

“At this point, under the state of emergency, there are no opportunities for any type of marches until further notice. Until we can get a handle on and secure the city to make sure people are protected, those in the media are protected, commercial residential properties protected as well as the city as a whole is protected,” Woodfin told City Council members.

“Banning all demonstrations, marches, vigils, or parades is government overreach, plain and simple. It is unconstitutional to retaliate against protesters by banning future protests because of past protest activity,” said Randall marshall, executive director of the ACLU of Alabama, in a statement to APR on Wednesday.  “Assuming that because some property destruction occurred over the weekend and in other cities does not mean that government officials can assume future protests will be the same and ban them.”

“Birmingham has a long and important history of protest, not all of which was nonviolent, but that was an integral part in paving the way for civil rights advancements for Black people in Alabama and across the country,” Marshall continued. “It is unfortunate that Mayor Woodfin has chosen to utilize the police force now to protect property instead of supporting the call for accountability and justice for violence committed by the police. We strongly urge Mayor Woodfin to reconsider this ill-advised order and respect the constitutional right of his constituents to protest.”