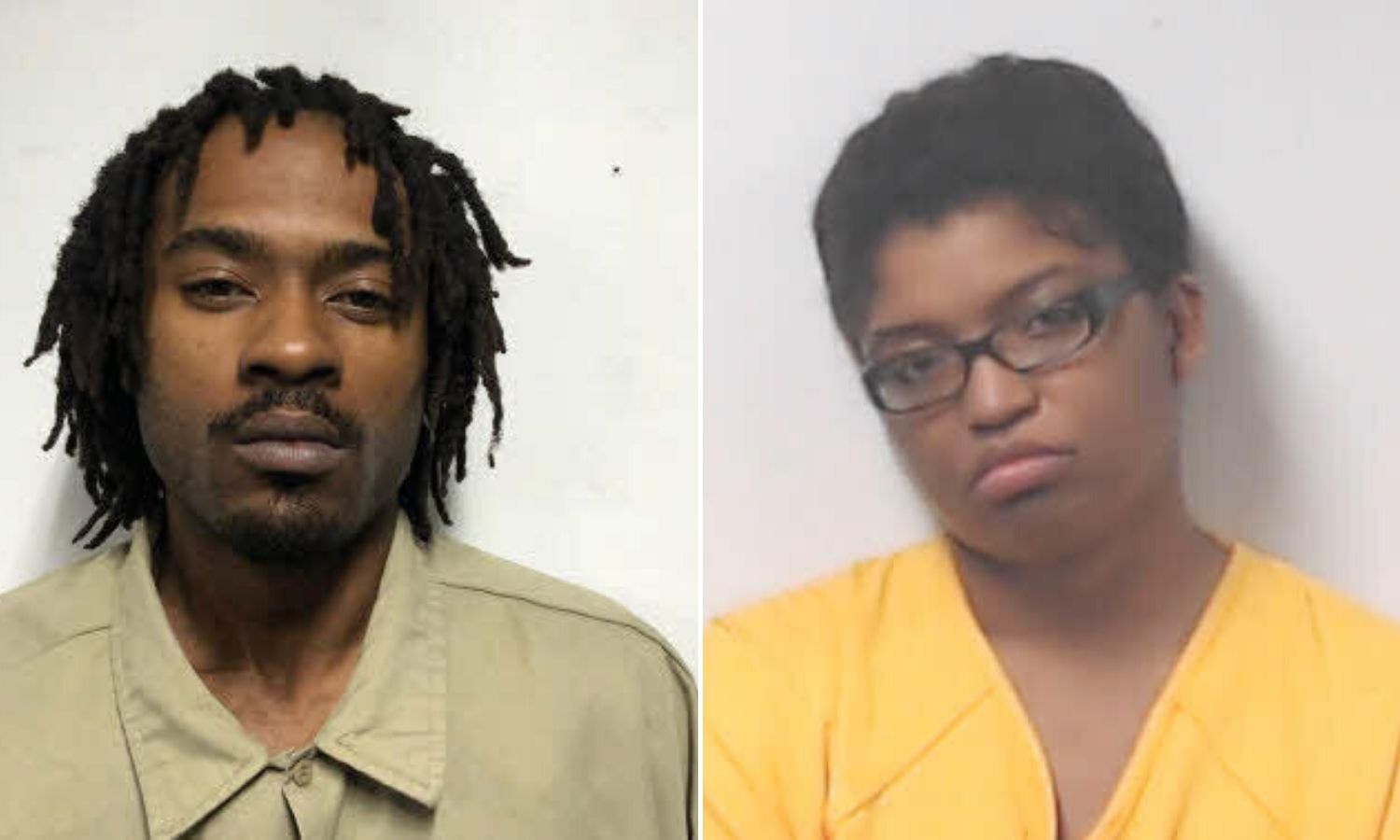 A Birmingham couple — Marquisha Tyson, age 28, and Tapero Johnson, age 27 — have both been charged with capital murder in the June 2 slaying of Moody Police Lt. Stephen Williams last week at the Super 8 Motel in Moody.

Authorities did not release a motive for the murder on Friday when members of law enforcement held a press conference at the Moody Civic Center.

“This is a very ongoing, complex, and intense investigation. We are by no means complete,” said St. Clair County Sheriff Billy Murray.

“Those charges are for capital murder, for intentionally causing the death of Sergeant Williams while he was on duty with the Moody Police Department,” St. Clair County District Attorney Lyle Harmon said.

Harmon would not take questions from reporters. He said he is ”limited on what I can say.”

Harmon said that on the night of June 2, Williams responded to a 911 call and was killed by the gunfire that ensued.

Warrants of arrest for Johnson and Tyson were issued for capital murder and those arrest warrants were served on Friday. They will appear before judges in St. Clair County and if they can not afford an attorney one will be appointed for them.

“We are in very difficult and trying times for all of the law enforcement agents across the nation,” Murray said.

Murray said that he has spoken with Williams’s family to “express our deepest sympathy to them.”

Murray said that when Williams and the other officers were fired upon, “You saw officers throughout the state respond quickly to an officer in need and you saw them respond heroically.”

“In my 28 years, unfortunately we have had to go through that a few times,” Murray said. “The city of Moody has been through this before, and I would like to thank the people of Moody for their overflowing support.”

“We were assisted by too many agencies to name today, (in the investigation), but I will thank each and every one of them in due time,” Murray said. “They have literally worked around the clock to bring us to this point in the investigation.”

Moody Police Chief Thomas Hunt said, “We have had calls, emails, text message, from people across the nation and even from other countries,” of the support and condolences that the department has received.

Williams was 50 years old and had been at Moody three years, but has worked in law enforcement for 23 years including a long time with the Alabaster Police Department.

After Williams interviewed with Hunt for an open position, Hunt said, “I had several officers come to me and say we have got to hire this guy.”

Hunt said that Williams met and exceeded his expectations.

“I can not have asked for a better supervisor and officer than Stephen Williams,” Hunt said.

Hunt said that Williams had recently spoken with Assistant Chief Rusty Freeman and stated, “I want to go out as a Lieutenant.”

Hunt said that they are granting him that request, “From this point forward we are going to refer to him as Lt. Williams.”

The Alabama Law Enforcement Agency is assisting with the investigation.

Williams’s funeral will be at Moody First Baptist Church on Monday at 11 a.m.

Williams is the second Alabama law enforcement officer killed in the line of duty in 2020. Kimberly Police Officer Nick O’Rear was killed in January.

Williams is the second Moody police officer killed in the line of duty. In 1998 Moody Police officer Keith Turner was killed by escaped Mississippi inmate Mario Centobie during a traffic stop.