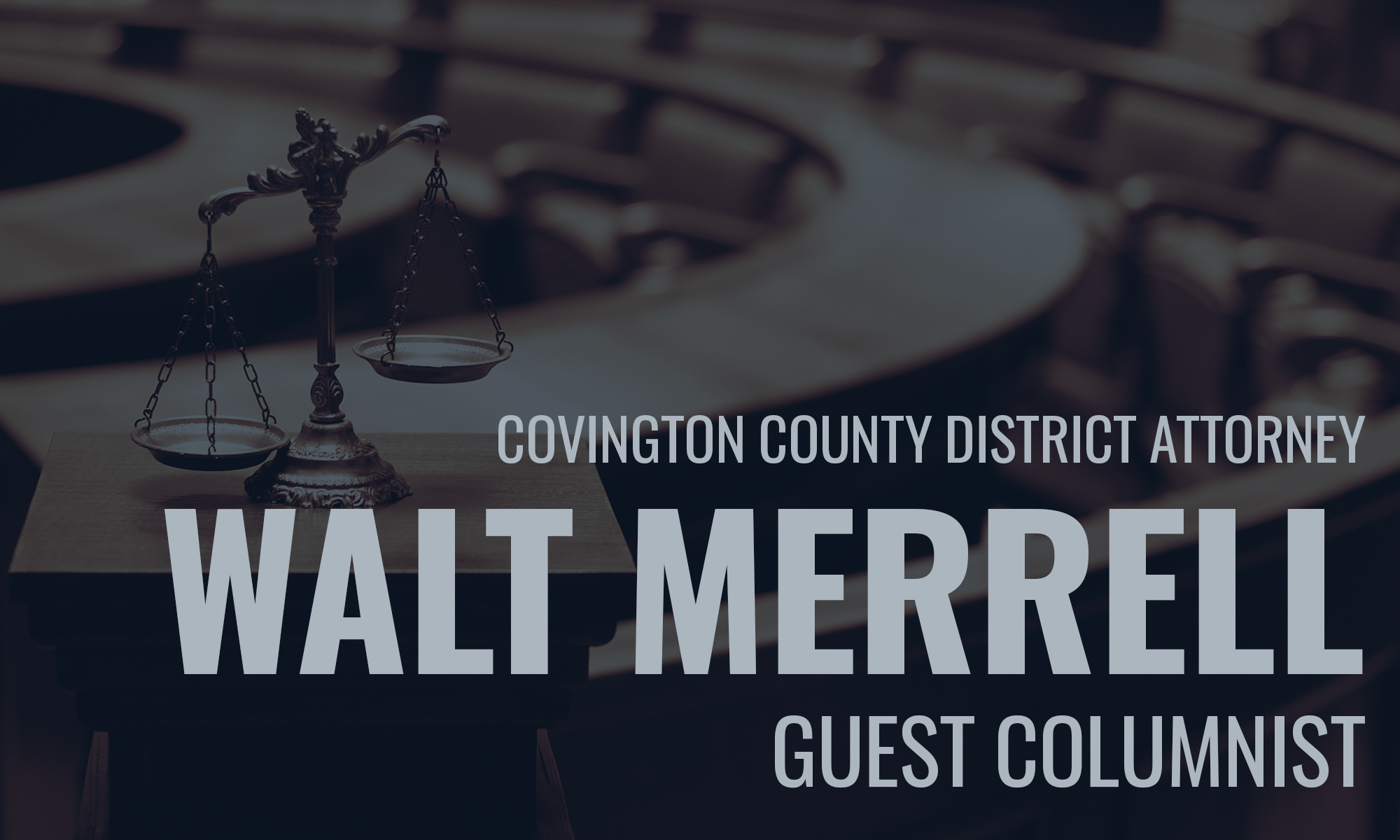 Many years ago, as a younger lawyer, I was crossing the street to the Courthouse when I met a familiar black woman. We exchanged pleasantries, and she flattered me. “You sure do look like that lawyer on that movie, ‘A Time to Kill.’”

I appreciated the compliment, though I’m not sure how Matthew McConaughey, who played the lawyer in the movie, would feel about the comparison.

And contrary to the movie’s title, I’m also not sure there’s ever a time to kill.

That encounter years ago came to mind recently as I spent most of the day in the courtroom. We had a sentencing hearing on a murder case. I sat in our office hallway – it empties into the courtroom – weighing the importance of what was about to unfold.

Sitting next to me was a precious 7-year-old girl. Children are not allowed in the courtroom because of COVID-19, so she perched there, with a view through the open door. She is a beautiful child – a smile as bright as the North Star, eyes as vivid as any van Gogh canvas, and the sweet disposition of a Disney princess. She reminds me of my youngest daughter – loving, cheerful and compassionate. She melts me.

We talked for a minute about school and how much she loves math. Her bow and barrette swashing atop her head, she sheepishly looked up at me, and then back down to the floor, grinning. We laughed for a few minutes. She was a refreshing distraction from the heaviness of the room.

My thoughts drifted back to the murder case. During the trial, the defendant claimed the killing was justified. He admitted he shot the victim, who was unarmed, but insisted the victim was a threat to him. That it was a time to kill.

In the movie “A Time to Kill,” Carl Lee Hailey, a black Mississippian, killed two white men in cold blood. Hailey killed them because they beat, raped and hung his daughter. On the witness stand, Hailey exclaimed, “Yes, I killed ‘em! And I hope they burn in hell!” He thought it was a time to kill.

As I drifted deeper into my thoughts, I felt a gentle, small hand take mine. I turned as she grasped my hand tighter, and tears rolled down her face. Leaning over, I put my arm around her, “Baby, what’s wrong?”

“I miss him. Why did he have to die? I miss him so much and I’m just …” Her voice broke. She turned her eyes to the floor and wiped her tears with her sleeve.

I didn’t have an answer. I struggled for words to tell a 7-year-old how to ease her pain, but I surely wanted to take it all from her. She melted me.

She didn’t think it was a time to kill.

The bailiff gave me a familiar head nod: The Judge was coming. I gave my little friend a big hug, and told her I had to go to work, but that I’d be back. She looked up at me, as if she saw hope in what I was about to do. Little did she know, I saw hope in her.

During the hearing, the defendant’s lawyer tried to mitigate the circumstances, suggesting that the victim had faults which contributed to killing and, but for those faults, no death would have occurred. He suggested there was a time to kill.

I responded by reminding the court that Phillip Parker, the defendant, could have called the police; that he could have stayed inside instead of advancing on the victim; that he secreted himself and ambushed the victim. And then, I reminded the Judge that my victim’s life mattered.

And it did. And it still does.

“Now imagine she was white,” he said. Several jurors were visibly shaken by the notion.

My little friend – can you see her? With her beautiful smile and eyes so full of life, her long hair and pretty bows. Can you see her? Her name is Amani – and she is a little black girl.

Did you imagine she was white?

It was not a time to kill.

Unlike in the movie, our jury found Parker guilty of murdering Tekevious Best. Our jury agreed: This was not a time to kill. I don’t know what I would do if someone raped my daughter. Perhaps the same thing Carl Lee Hailey did, but it wouldn’t be right. Vengeance is not meant to be ours, says the Lord.

It’s never a time to rape or kill, regardless of skin color.

It’s never a time to kill a man simply because he is black.

It’s never a time to kill a police officer simply because of her job.

It’s never a time to kill someone because he busted out a window.

It was not a time to kill Tekevious Best.

I don’t know if there is ever a time to kill.

I am heartbroken. I work every day to combat the evil of this world, and I don’t care about someone’s skin color. Evil doesn’t have a color. Neither does a victim’s grief.

Recently, I feared evil was winning. It seemed that because of the chaos in the world, no one was willing to listen or to talk. I was reminded of an old expression: “I’m sorry, I can’t hear what you are saying because your actions are too loud.”

Can you see it? Can you see the hope of the next generation? I pray you can, because we all need to pursue it – together.

There is never a time to kill the hope of a child.

Walt Merrell is the district attorney for the 22nd Judicial Circuit (Covington County) of Alabama. He is a lifelong Republican and a longtime member of the NRA. He is also an avid hunter and outdoorsman. Together with his wife and three girls, they spend a significant amount of time “in the woods or on the water.” They also manage an outdoors-based ministry, Shepherding Outdoors, @shepherdingoutdoors. You can also find him on Facebook @waltmerrell and @waltmerrellda and on Instagram at @waltmerrell. You can email him at [email protected]