McMillan released a lengthy endorsement letter in which he cited Sessions’ experience.

“During these uncertain times and overwhelming challenges do Alabama Republicans really want to take a chance on sending an unvetted, journeyman football coach to face the Democrats?” McMillan said. “We have before us a tried and tested statesman with a lifetime of exemplary public service who can take on Jones in November and the Chuck Schumers in Washington.”

McMillan said that Alabama Republicans should make this decision by considering all the potential outcomes.

“One worst case scenario to consider is the possibility that President Trump does not win re-election,” McMillan said. “Without question, he will carry Alabama in November. Unfortunately, at present, the polling in other parts of the country and even in important swing states are not so favorable to the President. However, the President has defied the polls before and I hope, for the sake of our country, he does again. But I want to ask the question; what if he loses his re-election bid? Without President Trump to carry the conservative banner, do we really want an inexperienced football coach to carry the conservative fight against a liberal, socialist-leaning President Biden? Is the rookie candidate capable of standing on his own two feet without President Trump to hide behind? I don’t think so.” 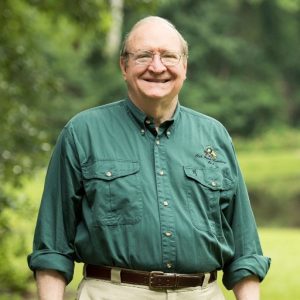 “Another worst-case scenario would be to lose the GOP majority in the Senate,” McMillan said. “Recent polling seems to indicate that the possibility of losing this advantage in the Senate is growing stronger. Therefore, it is imperative that we elect the best candidate to retake Doug Jones’ senate seat.I believe a rookie is exactly who Doug Jones wants to run against in November because between Jeff Sessions and his opponent, the football coach is the weaker candidate.”

“As a Senate candidate, Sessions’ opponent has not been vetted,” McMillan said. “We don’t really know what his positions are on the issues. Further, in those areas where he has attempted to come up with position statements, his comments come across out of touch and empty.”

“In the general election, Doug Jones and the Democrats will exploit Coach’s lack of experience and conviction” McMillan said. “They will zero in on the Coach’s lack of knowledge about Alabama issues. And for certain, we will hear stories not only from Auburn, but also from further away places like Mississippi, Texas, and Ohio. Doug Jones and the democrats will leave no stone unturned to maintain this Senate seat.”

“Our nation is dealing with some of the most difficult times in our history, except perhaps the Civil War and the two World Wars,” McMillan said. “Coach often compares this race to a game, this is an important race and our future is at stake – this is no game, Coach. We need a Senator who knows this is not a game and understands the issues of today and has the courage to confront them. Jeff Sessions has shown that he is a man of unwavering courage and loyalty to Alabama and the United States of America.”

“I have watched Jeff Sessions since 1994, when he had the nerve to take on and win the Attorney General’s office in what appeared to be a long shot,” McMillan said. “He knew our State needed a choice and he stepped up. I hope President Trump wins in November and has two Senators from Alabama who have the knowledge, skills, and experience to help him. Shelby and Sessions will be stalwarts for President Trump.”

McMillan said that Sessions’ stances are right in line with the vast majority of Alabamians on China, illegal immigration, the economy, law and order, judicial appointments and civil unrest.

“As we move toward July 14, do we really want to take a chance on possible “worst case” outcomes on a completely unknown GOP Senate candidate or stay with a “solid choice?” McMillan said. “I believe the prudent answer is to hang tough with a man who has been a friend to Alabama, understands state, national and global issues and can go toe-to-toe against the liberal agenda promoted by Doug Jones and the liberals in Washington.”

Tuberville received the most votes in the March 3 Republican primary and has had double-digit leads in polls for weeks; but the Sessions campaign claims that recent polling suggests that the race is narrowing just weeks ahead of the July 14th runoff.

“Sessions’ positions are better on immigration reduction issues than Tuberville, per our candidate comparison,” a Numbers USA spokesman told the Alabama Political Reporter. Numbers USA does not make endorsements as it would affect their non-profit status.

John McMillan is from Bay Minette in Baldwin County. He served two terms in the Alabama House of Representatives, is a past President of the Alabama Forestry Association, and was Alabama Commissioner of Agriculture and Industries from 2011 to 2019. In 2018 McMillan was elected as Alabama State Treasurer.