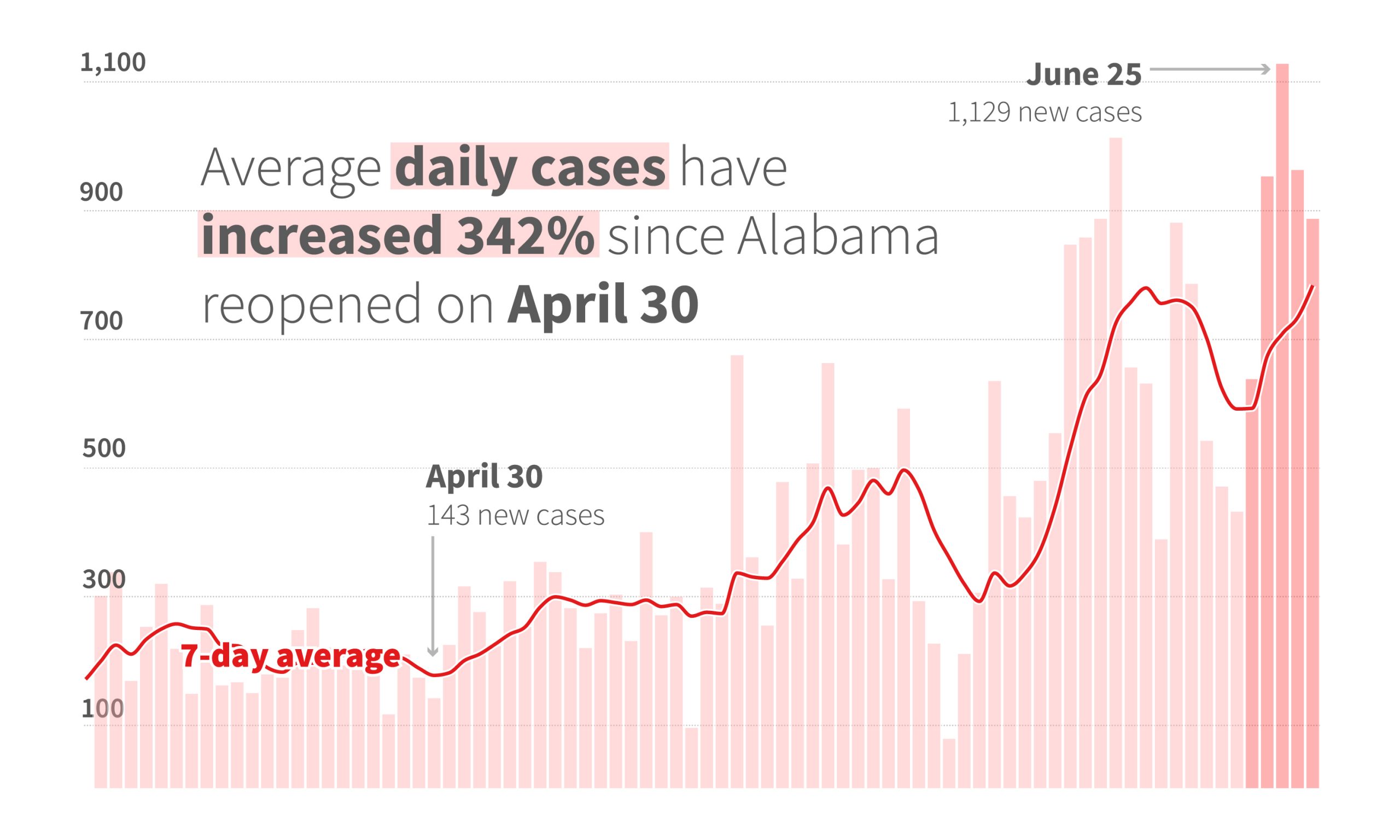 Alabama on Saturday added 888 new COVID-19 cases, and both the seven-day and the 14-day rolling averages for new cases are at the highest points they’ve been since the pandemic began, coming after another week of record-breaking new cases and hospitalizations.

On Saturday, the seven-day average of new coronavirus cases was 783, breaking the last record high of 779, set on June 16, meaning that more cases have been added over the last seven days than during any previous seven-day period.

The 14-day average of new cases on Saturday hit 742 for the second day in a row, breaking the previous record high of 734 on Thursday. The seven- and 14-day averages are used to smooth out daily inconsistencies and variability in case reporting.

Saturday’s single day addition of 888 ties for the fifth highest single day count since the pandemic began. The state last saw 888 new cases on June 13, and all four other record high numbers of new daily cases have come since June 13.

As of Saturday there have been 34,605 confirmed COVID-19 cases in Alabama and 898 deaths. Eleven deaths were reported on Saturday.

Taking into account incomplete data early on in April, when some commercial testing labs weren’t reporting all their data to the Alabama Department of Public Health, the state’s 14-day rolling average of percent of tests that were positive Saturday was 11.39 percent, the second highest since the start of the pandemic.

The seven-day rolling average of percent positive Saturday was fourth highest, at 12.2 percent, when accounting for that incomplete data early on. Infectious diseases experts believe the higher the positive test rate, the more cases that are likely going undetected.

Hospitalizations remain high as well. On Friday the 7-day rolling average of hospitalized COVID-19 patients statewide was at 663, the highest since the start of the pandemic. ADPH is to update Saturday’s hospitalization numbers later in the afternoon.