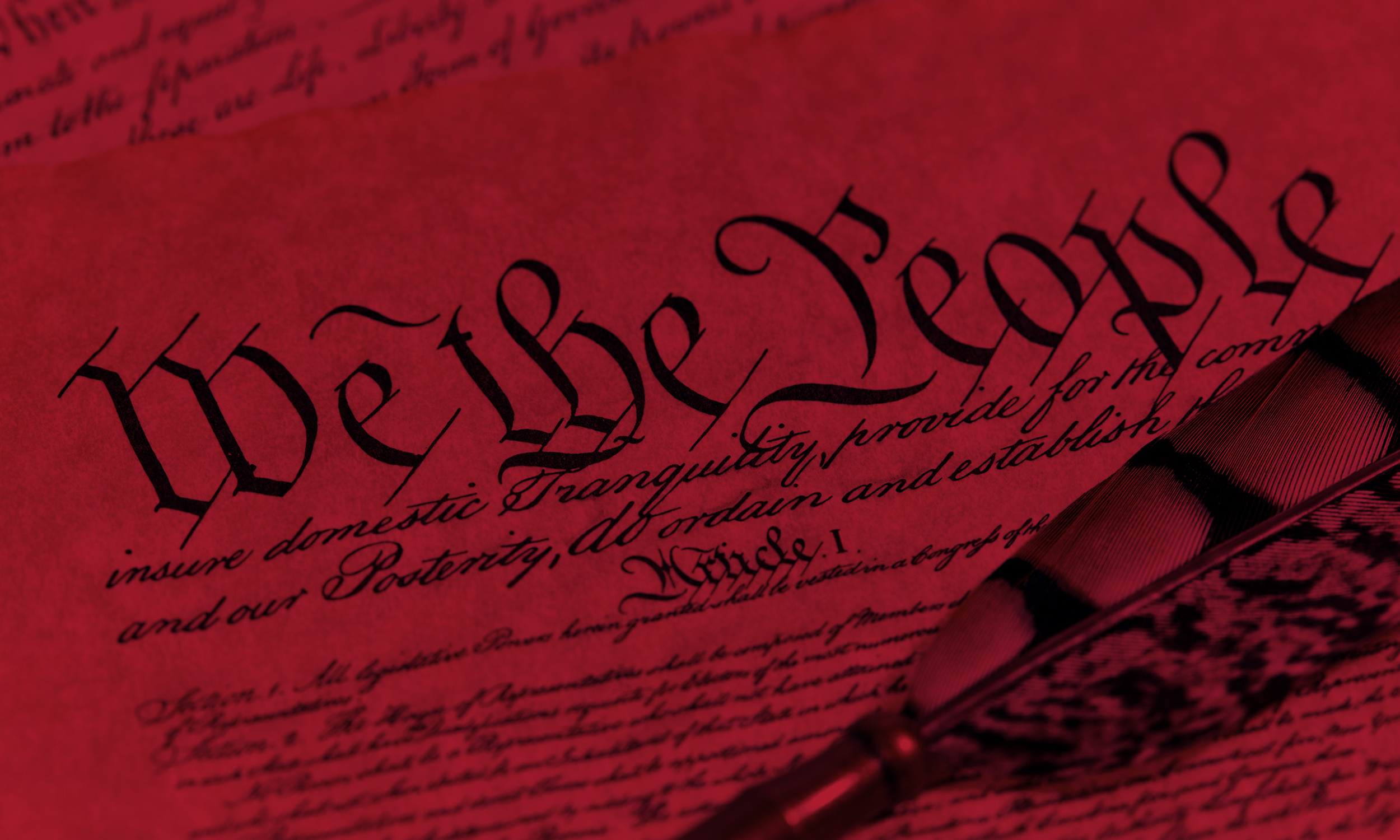 US Constitution, Declaration of Independence, Bill of Rights with a Quill pen and shallow depth of field

A seemingly unstoppable virus, a sputtering economy and a cry for equal justice for Black citizens are trying the very soul of our nation. We stand at a time when the very conscience of our county and state is being tested in ways perhaps unimaginable just a few months ago.

Is there an American conscience?

Our government, our institutions and even who we are as a people are in question, and as with life in general, there are no easy answers.

Nearly 130,000 in the U.S. have lost their lives to COVID-19. In Alabama, almost 1,000 souls, and yet some of our citizens don’t even believe the virus exists, and if it does, some think it is not as bad as health professionals say.

Hospitals are being pushed to the brink, both physically and financially. While unemployment numbers are improving, there is a yet a steep hill to climb before fiscal solvency is restored to all Alabamians.

There are arguments over masks, fights over monuments and some are corrosively dismissive of the social injustice that disproportionately targets Black citizens.

The winds of change are blowing seeds of renewal; will they find a fallow ground or fall among the weeds and rocks?

Many of our citizens want the nation to remain in the past, a past that, for the most part, never existed. Others desire that the country move forward and fulfill its greatest promises.

Can a house divided stand?

This national crisis of moral conscience is where the dividing line is drawn.

The Catechism of the Catholic Church states, “Moral conscience, present at the heart of the person, enjoins him at the appropriate moment to do good and to avoid evil. It also judges particular choices, approving those that are good and denouncing those that are evil.”

In this rendering, it is as if an unseen umpire sits somewhere in our minds and judges our actions.

But if the conscience is formed from birth and as the Stanford Encyclopedia of Philosophy suggests, “is like an empty box that can be filled with any type of moral content,” then our learning and understanding is the umpire and not some innate righteous force.

Is this why seemingly reasonable people see things so differently?

The June CBS/YouGov survey also found a partisan divide exists on the issue with most Democrats and Independents supportive while a “large majority of Republicans say they disagree with the ideas expressed by the Black Lives Matter” and most Republicans also oppose the protests—though “one-quarter of Republicans join that majority of Democrats in supporting them.”

The poll is neither startling nor unimaginable and only confirms a divided nation.

The same schism can be found when individuals are polled about the new coronavirus and monuments.

Since individuals see things through entirely different apertures, is it possible to turn to a national conscience for resolution?

On December 23, 1776, Thomas Paine wrote, “These are the times that try men’s souls. The summer soldier and the sunshine patriot will, in this crisis, shrink from the service of their country; but he that stands by it now deserves the love and thanks of man and woman.”

Paine was rallying the people of the American colonies to a revolution that would form a new nation with an aspirational promise of equality and unalienable rights, “that among these are Life, Liberty and the pursuit of Happiness.”

America just celebrated its 244th year of independence and the principles of the new nation were well-defined — even if not universally applied.

For Black Americans, the promise of the founding principles is yet unfulfilled.

Yes, the laws changed in the 60s, but there is still a long way to go in practice. Laws in themselves do not alter hearts and minds.

Alabama’s 1901 Constitution was written to deny equal access to justice for Black and poor Alabamians by keeping Montgomery as the power center from which all money and rights would flow. There have been changes but none so great as to amend the wrongs written into the state’s founding document.

A few short years ago, the state government passed a law that protected Confederate monuments that state lawmakers thought should be preserved as part of Southern heritage.

What monuments are revered speaks to national and local character. Is our character one that says we should honor those who sought to ensure the continuance of human bondage?

Should we honor those who preached and enforced segregation for political gain?

There is another way to look at statues and that is to realize that they are more reflective of the thinking at the time than the shrine itself.

If monuments are artifacts of the moment and not truthfully to honor history, then what they mean today is an open subject for debate.

Is the statue of Jefferson Davis on the Capitol grounds in Montgomery a symbol of who we are now or a reminder of who Alabama citizens were at the time it was erected?

This is not about erasing history but about recognizing monuments for what they are and acknowledging their meaning to all citizens.

The fact that most world religions warn against idols shouldn’t be lost in the moment either. Statues are tricky because heroes are almost always redefined by present events.

While nations should be built on laws alone, they are also made on myths and legends. But history has a way of exposing myths and bringing legends low.

Washington could tell a lie, Honest Abe was not always truthful, and under our current law application, some people are more equal than others. Should their memorials be removed because they were flawed? No

In his work “Adam Smith on the nature and authority of conscience,” Albert Shin argues, “there is a need to cultivate our conscience. We do so; I will argue, primarily through encountering diversity, which leads to disagreements, which prompt us to reevaluate how we judge others.”

Again the Catholic Church finds, “Faced with a moral choice, conscience can make either a right judgment in accordance with reason and the divine law or, on the contrary, an erroneous judgment that departs from them.”

Are we more divided than ever? Probably not.

Is there a way out of the present threefold dilemma? Yes.

Returning to our founding principles while understanding that they are for everyone is a start. But principles shouldn’t change with every election or be sacrificed to win one.

Indeed, King George III thought those who staged the Boston Tea Party were thugs and looters, set to overthrow the government.

No, they were ordinary citizens who saw injustice and launched a revolution.

Today, we do not see so much a call for revolution but a demand for evolution across a broad front of problems.

There is now a need for better respect for health and science, for our neighbors of all skin colors and a rethinking of the inequities of poverty.

Our response to the immediate crisis will surely determine our long-term destiny, and the collective conscience of “we the people” can be the moral force that brings about needed change.