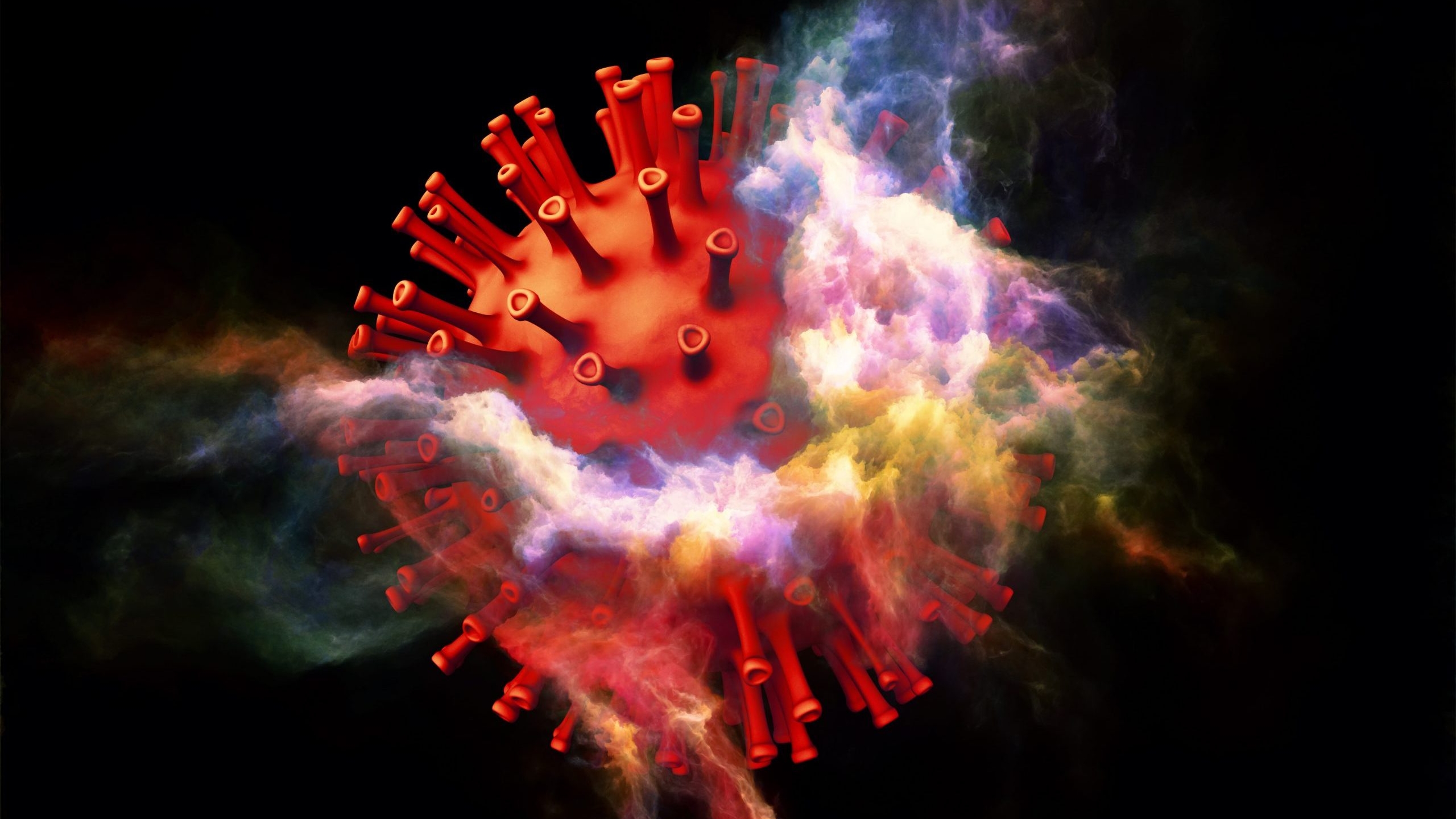 While healthcare professionals and scientists work tirelessly to overcome the deadly pathogen, SARS-CoV-2, a small but vocal band of individuals claim that the new coronavirus is a hoax and that being ordered to wear a face mask is tantamount to tyranny.

Virologists and doctors tell us that COVID-19 is real and that merely wearing a mask will cut the viruses spread to almost nothing.

Yet anti-maskers and the hoaxers — usually the same — deny the facts and choose instead to believe that the global pandemic only serves to harm the U.S. economy and dim the chances of President Donald Trump’s reelection.

What an insular, mindless and vain world these people must live in to think that a worldwide pandemic’s only aim is to affect their wallet and politics.

These individuals are a hindrance to controlling the virus because they act irrationally and irresponsibly. They endanger others lives while boasting a right to do so.

It’s not that they are ill-informed; they have plenty of data and talking points to back their erroneous claims. But their information is wrong and informed by conspiracy theories and herd mentality.

It is not unusual for the egocentric to think the world revolves around them or for self-proclaimed political experts of a certain ilk to see a hidden hand in world events. But in this case, it’s a virus, stupid.

It’s very human to search for meaning in uncertain times or to place unfounded significance on needless suffering. Trying to find order amid chaos is difficult and often impossible.

Some see the hand of God. For others, the churning of nature and a myriad of things in-between.

Interestingly, there has not been a religious prophecy that the coronavirus pandemic is God’s punishment for a particular sin.

When Hurricane Katrina struck New Orleans in 2005, some fundamentalists claimed it was God’s wrath on a sinful nation. So, it has been for centuries that a few religious leaders have said that vengeance was the moving force behind any number of other natural disasters, but somehow not the coronavirus.

For many, what they know and what they believe about COVID-19 is based on politics.

A Pew Research poll last month found that nearly half of all Republicans surveyed thought that it was definitely or probably true that powerful people intentionally planned the coronavirus outbreak. Over half — 66 percent — said it was difficult to determine if the information about COVID-19 was true or false. While 75 percent said they trusted the facts coming from the White House, Democrats believe almost the complete opposite.

Viruses have no allegiance to any nation or political movements; people or parties. They are equal opportunity destroyers.

The idea that COVID-19 is a hoax is prominent primarily among Republicans, but many of other political persuasions act as if the disease doesn’t exist by their behavior.

“The most outrageous lies are the ones about COVID-19. Everyone is lying,” Woolery said in a tweet.

“The CDC, Media, Democrats, our Doctors, not all but most, that we are told to trust. I think it’s all about the election and keeping the economy from coming back, which is about the election. I’m sick of it,” Woolery concluded.

Soon after his post, Woolery’s son was diagnosed with COVID-19, and this changed his thinking. Before deleting his Twitter account, Woolery wrote, “COVID-19 is real and it is here.”

State Senator Randy Price, who called for Gov. Kay Ivey to open the state’s economy early, contracted COVID-19 along with his wife. In a recent press release, he said, “We all know someone who has COVID-19, and it is so important to follow the advice of public health experts: wear a mask, wash your hands or use sanitizer, respect social distancing, and don’t get complacent.”

Others have experienced similar “Road to Damascus” moments, but overall dogged denial continues with a religious fervor among anti-maskers and hoaxers.

There is also a cadre of wannabe Jeffersons, who insist that the state’s mask ordinance is unconstitutional.

Their pocket-sized Voltaire may gather a Facebook following, but people who understand the law are laughing at their lunacy and short-lived vainglory.

Masks are mainly to protect others, not the fool who refuses to wear one, so when an anti-masker goes out in public, they are threatening others’ health and safety, something that might truly be unlawful.

A quick google search will inform even the most dimwitted so-called patriots that they are wrong about the constitutionality of a face covering mandate.

In times of public health emergencies, the state has tremendous power to regulate public safety.

A report by the American Bar Association found, “Under the U.S. Constitution’s 10th Amendment and U.S. Supreme Court decisions over nearly 200 years, state governments have the primary authority to control the spread of dangerous diseases within their jurisdictions.” They further note, “The 10th Amendment, which gives states all powers not specifically given to the federal government, allows them the authority to take public health emergency actions, such as setting quarantines and business restrictions.”

Alabama Code 22-2-14 sets the perimeters under which health orders such as face masks bear the weight of law.

“Any person who knowingly violates or fails or refuses to obey or comply with any rule or regulation adopted and promulgated by the State Board of Health of this state shall be guilty of a misdemeanor and, upon conviction, shall be fined not less than $25.00 nor more than $500.00 and, if the violation or failure or refusal to obey or comply with such rule or regulation is a continuing one, each day’s violation, or failure or refusal shall constitute a separate offense and shall be punished accordingly.”

Mask ordinances are like smoking bans. The city, county, or state can enforce these acts because second-hand smoke is seen as a health hazard for others.

Those who howl that masks are unconstitutional have neither the intellect nor the courage to wage an actual revolution, much less define one.

But because masks have become a political statement, many hope to capitalize on the divide to attract attention to themselves.

Perhaps they could test the limits of the state’s right to regulate smoking by walking into a hospital and lighting a cigar. Or those women who find masks unconstitutional should try shopping at a big box store topless.

These absurdities are perhaps understandable given that from Washington D.C. to Montgomery, leaders are feeding the public dangerous lies and conspiracy theories.

When Senate President Pro Tem Del Marsh recently suggested that he wanted to see more people infected with COVID-19 to achieve herd immunity, state and local media took alarming notice, but in May when he suggested the virus was purposely sent to upend the state’s economy, it was barely mentioned in the press.

Near the end of May, in an appearance on APT’s Capitol Journal, Marsh said, “I believed from day one it [COVID-19] was an organized way to slow down the economy.”

Here is the Republican leader of the Alabama Senate claiming unnamed enemies are working against the state and nation to destabilize our economy. Of course, Marsh is not alone; many in his caucus believe the same outlandish falsehoods.

So, Marsh and his kind would have people believe that over half a million individuals around the world were murdered just to ruin the U.S. and Alabama economy and influence a presidential election.

Ignorance and arrogance are never more potent than in a crisis, and wisdom and patience are rarely rewarded in a political climate that encourages anti-science babblers and budding autocrats.

The number of Americans dead from COVID-19 would overflow Bryant-Denny Stadium, but somehow the virus isn’t real or as dangerous as “they” say.

The number of sick in Alabama is increasing every day, and more deaths will follow.

How callous, unthinking and uncaring are those who traffic in lies and fail to protect their neighbor’s health.

As healthcare professionals put their lives on the line, and scientists work to find a solution to our present dilemma, we now clearly see the true character of what passes for leadership in these troubling days.

Lies and misguided patriotism is not an answer; it is the root of the problem.