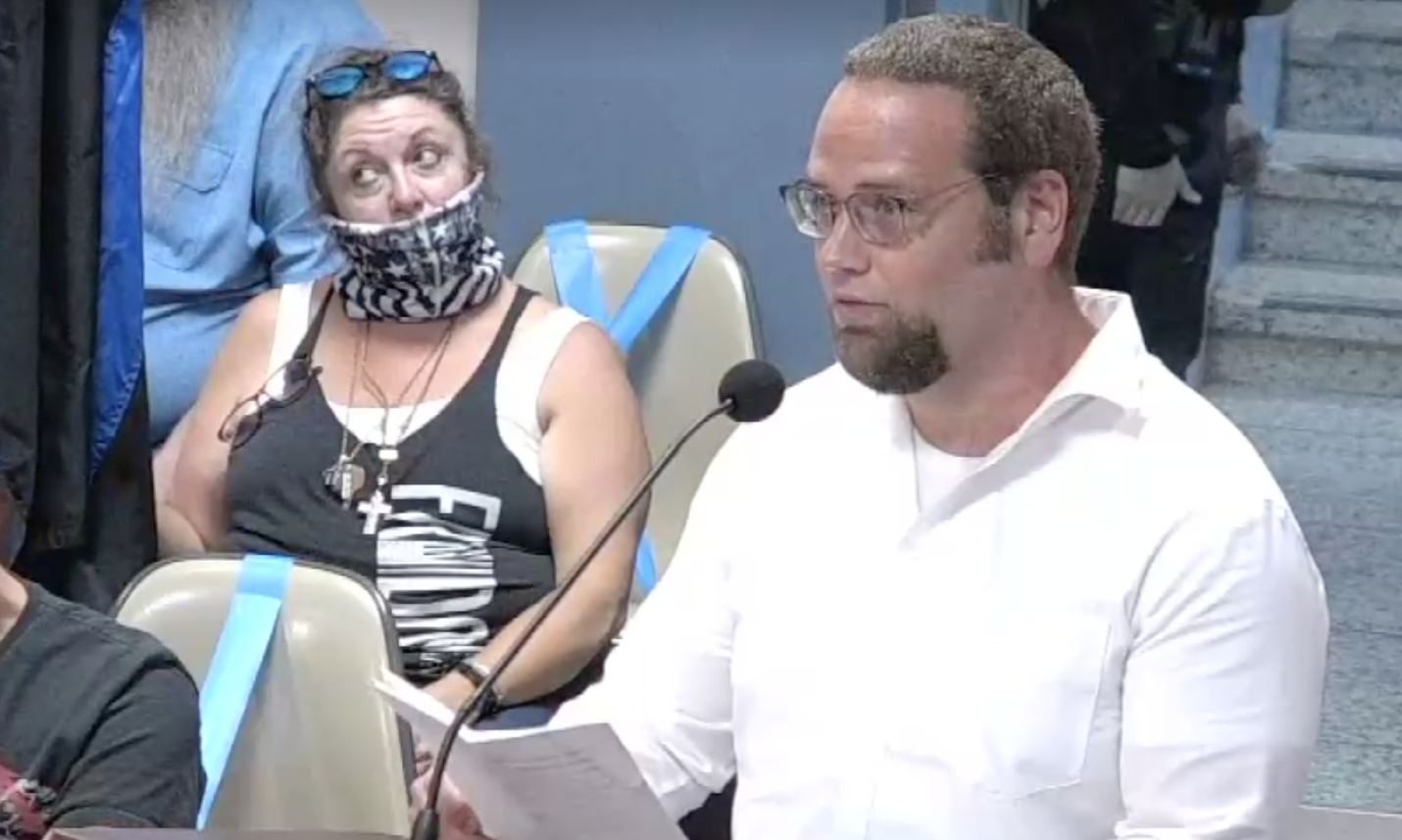 Benjamin Shapiro wasn’t at the protest that eventually thrust him into the center of a tense debate about his city’s police force and leadership. After addressing the Huntsville City Council last week and meeting with one of its members on Thursday, he said he’s tired of the attention but shares many residents’ frustration with the pace of the process.

Shapiro, 39, said he doesn’t want to be the public face of the movement for police reform but has continued to engage with city leaders because “sometimes you just need to stand up and speak truth to power, even if they’re not going to listen.”

Councilwoman Frances Akridge did listen when they met for an hour and a half to discuss his concerns and possible steps for progress, he said. She and Council President Devyn Keith appeared to be listening, he said, when he spoke at their July 9 meeting about Police Chief Mark McMurray’s portrayal of him as an Antifa-sympathizing influencer at the chief’s after-action report on the June 3 protest. Shapiro said he suspects that Mayor Tommy Battle and the council as a whole are waiting for the outrage to fizzle out.

Calls for action were impassioned during public comments at the meeting last week. While several residents took to the podium to support McMurray, the majority implored the mayor and council to do more and do it soon. They asked for policy changes to police protocol, and some demanded McMurray’s firing. Remove the Confederate monument from the Madison County Courthouse square, they said. Council members said they were in agreement but lacked the authority to do so immediately.

Dozens of residents have spoken at the meetings since police fired tear gas and kinetic impact rounds at protesters who did not disperse when ordered. They feel like their pleas are falling on deaf ears, Shapiro said. Based on conversations in his social circles, he said he expects the frustration to compel more people to become politically active.

People have been asking him if he’ll run for office, but he would prefer to support from behind the scenes. Shapiro is a married father of two who studied philosophy in college, edits two websites and writes plays to raise money for charitable causes. His body of work revolves around social issues and current events that he often blends with classics like the works of Shakespeare.

He wrote one play about veterans with post-traumatic stress disorder and the shoddy medical treatment they get. He has used plays like that to raise money for organizations like the Food Bank of North Alabama and Team Rubicon, a group of veterans and first responders who travel and provide disaster relief.

After McMurray displayed several images from Shapiro’s Facebook page during the chief’s June 18 presentation, describing him as an influencer who organizes local youth, Shapiro said he thought about Socrates drinking hemlock after being accused of corrupting the youth of Athens.

“You knew he was grasping at straws about 30 minutes in and he just kept going,” Shapiro said of the nearly three-hour presentation.

The Antifa flag that police found on his Facebook page was one he posted months ago in response to the defacing of several Huntsville synagogues. He had searched online for a flag used by German resistance to the Nazis and posted it in solidarity with the local Jewish community, he said, and was not aware that it had been adopted by the American Antifa movement that has arisen in opposition to President Donald Trump and his supporters.

McMurray said that the response of the three agencies he commanded that day was in anticipation of rumored plans for violence and destruction of property, which was happening in cities across the country in the days leading up to the NAACP rally at the courthouse. He and his supporters have attributed the lack of damage to Huntsville’s downtown to the police actions that day. Critics claim there was no such intent, and many charge that the idea is being used to justify unprovoked brutality.

Shapiro considers the chief’s reasoning a tactic that is part of something bigger than Huntsville. “This seems to be how police departments are working right now, which is to excuse bad behavior by instilling fear in their supporters,” he said.

Inaction or a perceived lack of urgency among city leaders will harden the resolve of angry Huntsville residents who feel that their community’s reputation has been tarnished, Shapiro predicted.

“There seems to be this thing in this country where we get upset for about two weeks and then we go back to normal,” he said. “Well 2020 has not allowed for that and neither has George Floyd’s murder, so people are going to keep showing up to these meetings. They’re going to keep saying their piece until some actual change is done.”