As a Democratic activist who hails from a deeply conservative area of Alabama, I get to hear perspectives from all over the political spectrum. One interesting thing I’ve noticed since the 2017 special election is that the liberals I often work with are more likely to express displeasure at the measurable aspects of Senator Jones’ tenure than are many of my conservative friends who could reasonably be said to represent the average Alabama voter.

That’s why I was struck by how badly Steve Flowers missed the mark in his recent column. Flowers said it was “almost comical that you have a liberal Democrat who has a three-year voting record of voting straight down the line with the Democratic leadership led by Chuck Schumer, Elizabeth Warren, Bernie Sanders and Nancy Pelosi representing one of the most Republican conservative states in America.”

That scenario certainly would be comical, if it even remotely represented the truth.

Jones has led many bipartisan proposals eventually signed into law, including his Civil Rights Cold Case Records Collection Act, Rural Health Liaison Act, Fair Access for Farmers and Ranchers Act and the Broadband Connections for Rural Opportunities Act. By the end of 2019, more than half of the bills he had introduced earned Republican cosponsors.

Of the bills Jones has cosponsored this year, 47 percent were led by Republicans. Indeed, of the senators up for reelection this year, only two are ranked more bipartisan than Jones. You can’t get much more moderate than that.

The claim that Jones is unduly influenced by national donors is ironic, or at least hypocritical, given that Flowers himself is doing little more than mindlessly regurgitating talking-points handed down from the RNC.

It takes an unencumbered arrogance for Flowers to be so uninformed about the basic facts of the issues he opines on and yet claim to be Alabama’s “ultimate authority” on them. But set aside his shallow analysis, unfounded assumptions and empty predictions. The biggest problem with his column is the claim that Alabamians are “irrelevant” in the upcoming election.

Though it’s unlikely our state will do anything at the top of the ticket other than choosing Trump overwhelmingly, a recent poll has Jones trailing Tuberville by only 3 points. That puts him within the margin of error and dispels any notion of a foregone conclusion. Democrats need to gain three or four seats to capture the majority in the Senate, and it isn’t easy to judge how many of the five Republican-held toss-ups they could win.

This means Democrats’ path to the majority could very likely be paved by Jones’s re-election campaign.

National pundits find themselves in unfamiliar waters now that coronavirus has surpassed “the economy” to become the dominant issue in American’s lives. Similarly, Alabama voters might surprise the Flowers-style political pundits by deciding they would rather be represented by a qualified Alabamian who is measurably moderate and happens to be a Democrat than by an unqualified Floridian with no known principles who opportunistically claims he is a Republican.

It’s an insult to the intelligence and self-determination of Alabama’s voters that Flowers would claim November’s election was decided in July. Alabamians will go to the ballot box in November knowing that 60 minutes on the sideline is Tuberville’s idea of punishment for the charge of raping a 15-year-old.

Just as it did in 2017 when the Republican candidate was accused of molesting teenagers, party-identity could take a backseat to fundamental human decency. 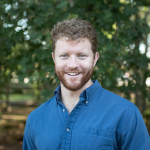