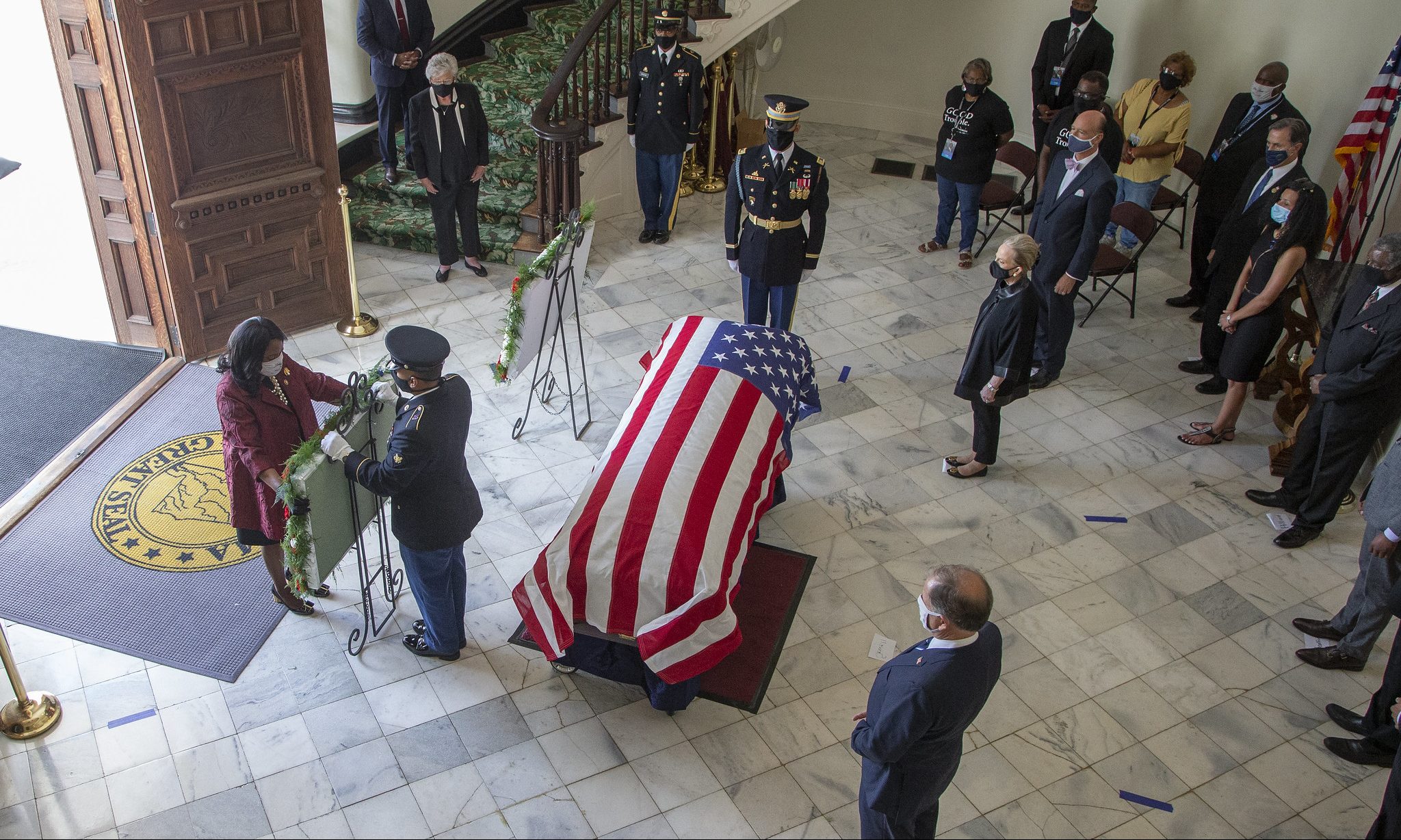 In describing his constituents, George Wallace used to say that “the people of Alabama are just as cultured, refined and gracious as anyone else in America.” Whether it was true when he said it or not, it made Alabamians stand a little higher and feel better about their circumstances.

If actions speak louder than words, on Sunday, the people Alabama in memorializing John Lewis demonstrated to the nation how truly refined, gracious and cultured we really are. While other parts of the nation were literally on fire and factions seethed with hate, Alabamians provided a stark contrast in honoring Congressman Lewis.

Where 55 years ago State Troopers severely beat John Lewis, on Sunday fully integrated law enforcement officers saluted him and gave him the dignity and respect he earned and deserved. Where once the governor of Alabama prevented Civil Rights marchers from entering the Capitol, on Sunday, Alabama Gov. Kay Ivey, silently stood near Jefferson Davis’s star and with respect and solemnity saluted and welcomed the casket of the 80-year-old congressman.

In other parts of America, where Democrats and Republicans engage in angry debates neither giving nor receiving quarter, in Montgomery, on Sunday, members of both parties came together, transcended partisanship and found common ground in recognizing someone who lived a faithful life in support of peace, justice and mutual understanding.

Indeed, in some cities in our country federal law enforcement officials, without invitation or consent from mayors or governors, were engaged in riot control. At the Capitol in Montgomery, federal officials were not only invited but attended and participated in a memorial service. Federal troops came, not with a show of force, but as an honor guard to drape the mortal remains with an American flag as a pall to lie in state. While Federal marshals were present, they were there to pay their respects and mourn Lewis, not to protect federal property from destruction.

On Sunday, Alabama taught the world what racial harmony looks like; Alabama showed an integrated community embracing a hopeful future. Any outsider saw clearly that Alabama is no longer tied to a past anchored in division, but is a mosaic of people from all walks of life coming together, laying aside their differences and agreeing that when a great man dies, the brightness of his sun setting reveals a glorious legacy for all to pause, reflect and regard in all its majesty.

Sunday was a testament to dreams anticipated and while not yet fulfilled, much closer to reality. The celebration of Lewis in his native Alabama served to acknowledge the legacy of the civil rights movement that still motivates us to judge people not on their externals, but on the internals of kindness reflected in the content of each one’s character.

Progress for unity comes in fits and starts, Sunday in Alabama was a giant leap forward and a day that helps define our future.