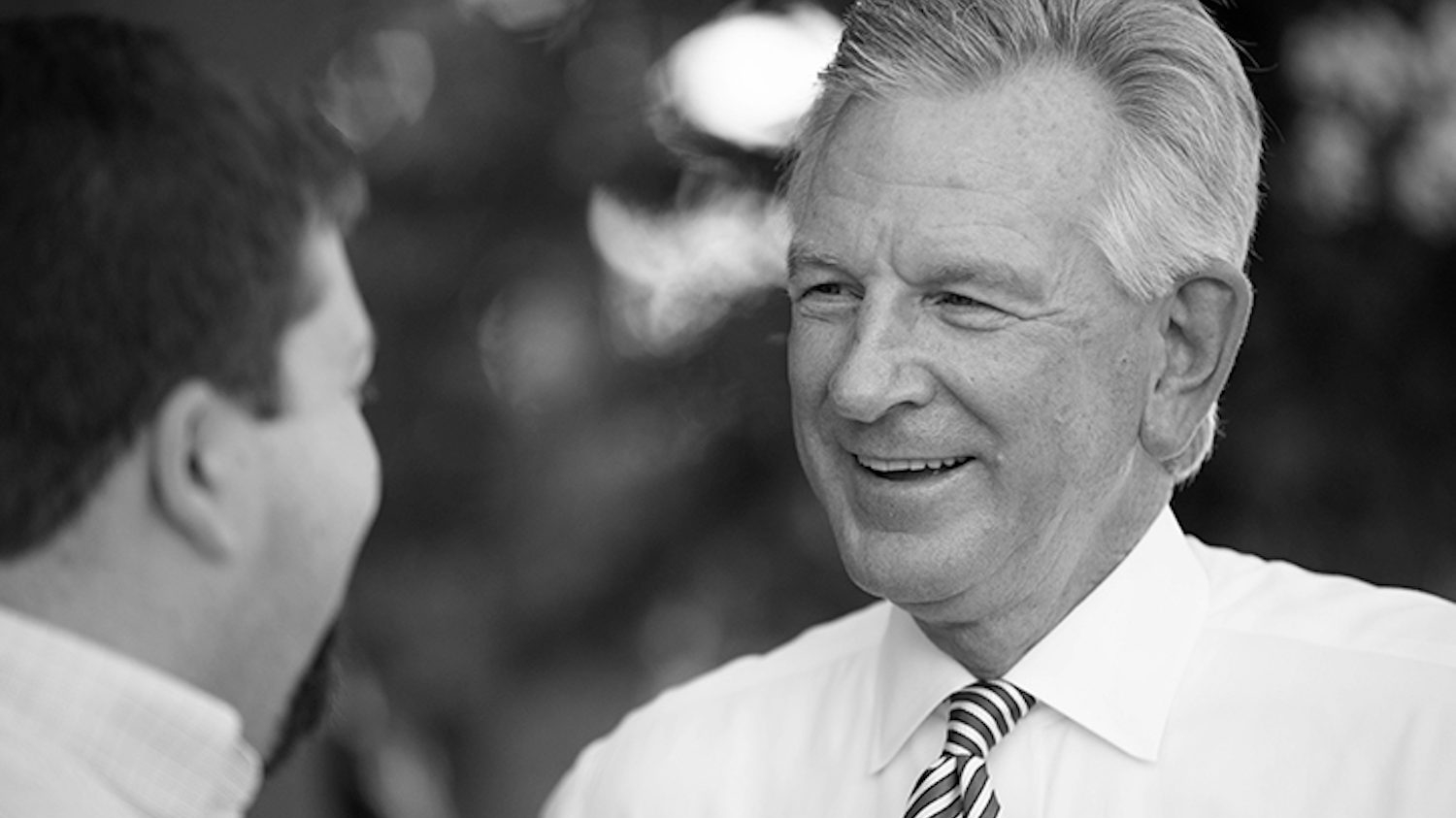 That Morning Consult poll of Alabama voters that showed Republican Tommy Tuberville with a 17-point lead over incumbent Democratic Sen. Doug Jones for the U.S. Senate was such a stunner, a Jones campaign aide rushed out an email fundraiser trying to quell any panic.

Until now, most polls have shown Jones to be competitive against an unnamed Republican and, specifically, Tuberville, the former Auburn football coach who defeated Jeff Sessions to win the Republican nomination.

“I would never respond to an outside poll, but a new poll is out there showing Doug Jones losing by … wait for it … 17 points,” writes Joe Trippi, senior adviser for the Doug Jones for Senate campaign.

Unfortunately, in Alabama, there is a way.

Republicans in the state tend to vote straight ticket in overwhelming numbers. Alabama is one of a handful of states that even allows straight-ticket voting, but the reality is, it does. So voters who want to cast their ballot for, say, Donald Trump in November, but who also like Jones, will have to split their ticket.

The Morning Consult poll showed that a large number of independent voters are undecided, and that could swing the election toward Jones. But straight-party voting can be a hope killer.

Not yet, though. It’s still early. The election is still nearly three months away. We’ve not seen Tuberville do much of anything but bow before Trump, who endorsed him over his former attorney general. But that’s Trump loyalty for you.

Indeed, the country is going so poorly right now, one wonders other than the hard-core racists, who still supports Trump.

Meanwhile, the U.S. and Alabama economies are in shambles and getting worse, not better. Trump has sided with Confederate statues and flags over eliminating the systemic racism found in police departments and other government agencies. Plus, most recently, Trump sent his secret army of unidentified goons to sweep protesters off the streets in American cities.

Trump is nobody’s friend but his own.

Then there’s Tuberville. A decent if mediocre football coach, Tuberville certainly is no Nick Saban. Tuberville isn’t even a Gus Malzahn.

Sessions tried to argue that Tuberville wasn’t a resident of Alabama, either, but that’s not fair. Where Sessions is concerned, unfair is a character trait.

While Tuberville does maintain properties in Florida, he and his wife have owned a home in Auburn for at least three years. Too, they both are registered voters in Alabama, though Sessions said Tuberville cast his ballot in Florida during the 2018 midterms.

What’s more important is where Tuberville stands on the issues. And that, we don’t know much about. We know Jones is a moderate who works with members of both parties. He clearly represents Alabama’s best interests as well as any U.S. senator who has served from Alabama.

The first U.S. senator to support Trump’s candidacy, Sessions identified with Trump most likely because they’re both die-hard racists. Trump rewarded that loyalty by back-stabbing Sessions out of Washington.

At some point, though, Tuberville must make his positions clear, and not simply that he’ll support anything Trump does. That would be a disaster for Alabama, as much as Trump is a disaster for the United States.

The former Auburn University football coach can’t just continue being a sycophant for Trump, whose own poll numbers are tanking and who is likely not going to win re-election.

Should Alabama send a Republican to represent the state with a Democratic president, a likely Democratic Senate and a solidly Democratic House? That would be useless.

But Trippi, in his email, did show how Tuberville wins easily: “One bad poll turns all of us off … you write the race off, and Tuberville coasts to victory because no one is paying attention,” says Trippi. “Everyone abandons Alabama except Mitch McConnell, who is ALL IN to beat Doug. The proof is in the money he (McConnell) is spending now.”

It’s true that McConnell is working hard to unseat Jones to protect Republicans’ wobbly control of the U.S. Senate, and if they weren’t concerned that Jones has a good shot at winning re-election, McConnell would spend that campaign money in another state.

Tuberville must do more than hide behind Trump. We need to hear Tuberville’s plan, where he stands on the issues and what he’ll bring to Alabama that Jones hasn’t already.

Let’s hear it, Coach Tommy. But you’ll have to scoot back a bit first.