Alabama continues to see a steady increase in the number of child care facilities that have reopened in the wake of the COVID-19 pandemic, according to a recent survey conducted by the Alabama Department of Human Resources.

Data gathered in late July shows that 63 percent (1,527) of the state’s 2,410 child care facilities are open. An earlier survey by DHR found that only 12 percent of child care providers were open for business in March because of the pandemic.

“These survey results are a positive sign that child care providers are regaining the stability needed to resume their important roles for Alabama’s families,” Alabama DHR Commissioner Nancy Buckner said. “This is good news at a time when many parents and guardians are gradually returning to their normal daily lives outside of the home. We continue to be impressed by the resilience of our child care providers and look forward to supporting them further during this unprecedented challenge.”

The July survey included 1,062 child care providers across the state. Providers who reported being open during prior DHR surveys did not participate. Those who did not answer the phone when contacted were considered closed. Locations of open child care facilities, as well as more information about the TASCC grant program, can be found online. 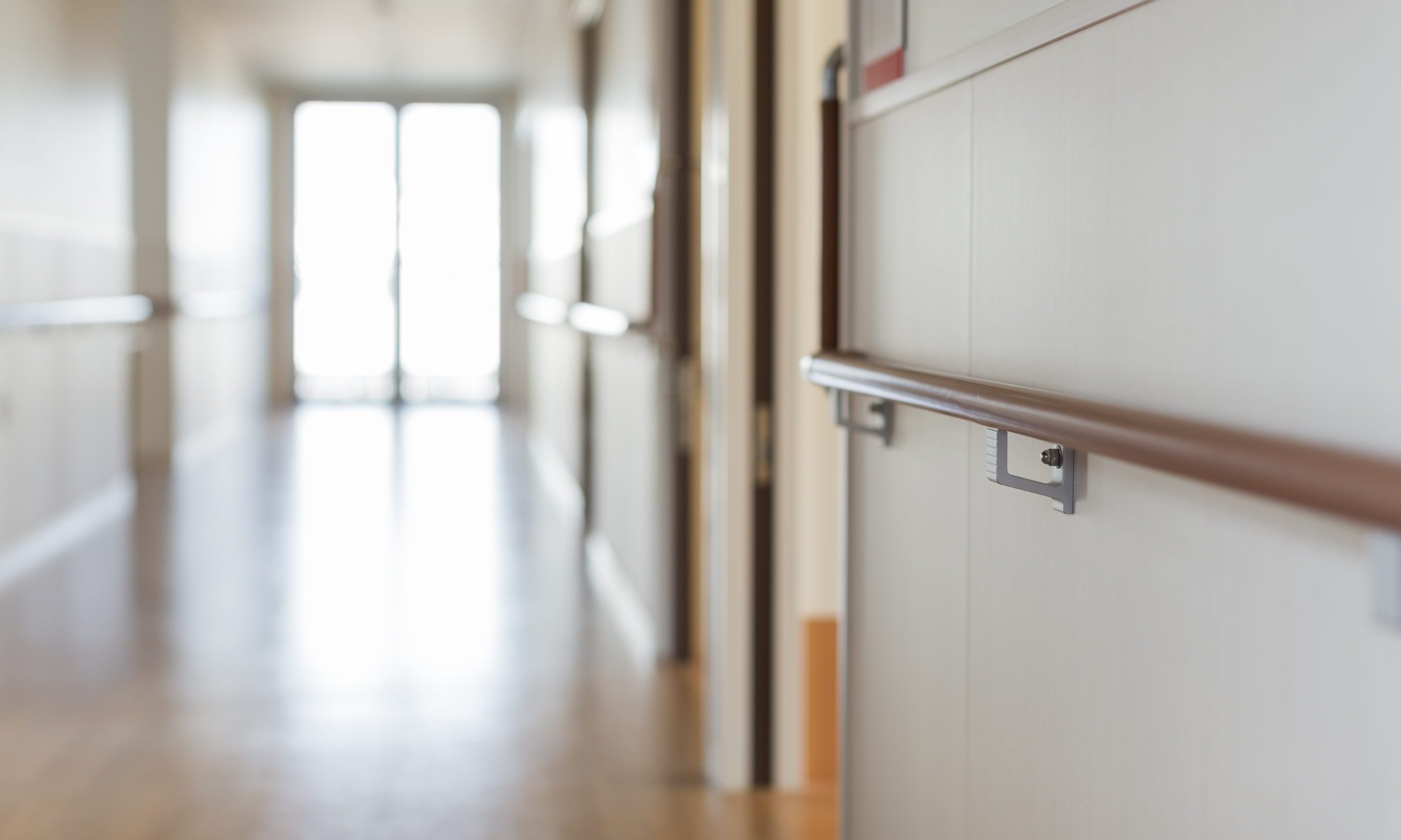 The Alabama Nursing Home Association today announced a plan to resume indoor visitation in nursing homes and continue outdoor visitation. The resumption of limited indoor visits is possible because of a change in guidance from the Centers for Medicare and Medicaid Services (CMS) and an amended state health order.

“It’s important for nursing home residents and their family members to be able to visit in person and this is another step toward returning life to normal in nursing homes,” said Brandon Farmer, President & CEO of the Alabama Nursing Home Association. “We are pleased CMS is moving in this direction and thankful Governor Kay Ivey and Dr. Scott Harris amended the state health order to accommodate this change. We are working closely with Governor Ivey’s administration and the Alabama Department of Public Health to help our members understand and implement these guidelines.”

According to the CMS guidance referenced in the amended state health order, visitors and nursing home staff must follow certain requirements for the limited indoor visits. The CMS guidance says, “we encourage facilities in medium and high-positivity counties to test visitors, if feasible. Facilities may also encourage visitors to be tested on their own prior to coming to the facility (e.g. within 2-3 days) with proof of negative test results and date of the test.” Visitors must also adhere to CMS’ core principles of COVID-19 infection prevention and pass a health screening. The requirements are designed to protect the health of nursing home residents and staff members. Visitors who do not comply with the infection prevention requirements will not be allowed to visit. According to CMS, nursing homes located in a county with a positivity rate of greater than 10% will not be allowed to offer indoor visitation.

“Resident safety is our top priority as we expand visitation and the CMS guidelines will be closely followed. The public must continue to do its part to lower the spread of COVID-19. Decreasing community spread and consistent testing are key to our ability to offer indoor visits,” Farmer said.

For indoor visitation, CMS says nursing homes must have no new onset of COVID-19 cases in the last 14 days and not be currently conducting outbreak testing, limit the number of visitors per resident, limit the number of visitors in the building at one time and limit visitors’ movement inside the building. Visitors must wear a mask that covers their mouth and nose and practice social distancing while visiting their loved one during their entire visit. Violation of these policies could result in denial of future indoor visits.

CMS said outdoor visitation is still preferable to indoor visits and outdoor visits should be held whenever practicable. All visitors of Alabama nursing homes will need to schedule an appointment to visit their loved one.

Below is a list of do’s and don’ts for nursing home visitors.

Woodfin’s $412 million budget is almost 9 percent lower than the previous budget, and includes numerous cuts to staffing, including a hiring freeze, suspension of nine paid holidays, furloughs and salary cuts of between 3 percent and 10 percent for some workers. The city projects a $63 million shortfall due to the pandemic, which has already resulted in a loss of $17 million caused by reductions in sales tax, use tax, occupational tax, lodging tax and business licenses, according to a press release from the city Wednesday morning.

“This has been a budget of difficult choices. None of our decisions were taken lightly,” Woodfin said in a statement. “I want to thank the council for working with me to maintain critical, essential services for our residents with the revenue available to the city. The economic impact of COVID-19 has put every city in a similar position. Together, we will work through this crisis to revitalize our neighborhoods.”

Woodfin’s budget maintains the city’s FY2020 level of funding for street resurfacing, demolition, weed abatement and continues prioritizing increases to the city’s pension fund, according to the release.

In an effort to balance out losses due to the pandemic the city has also eliminated 444 vacant positions, suspended merit raises, cost of living adjustments and longevity pay. Woodfin himself also took a voluntary 10 percent pay cut.

Both the city’s capital and operating budgets can be reviewed here. 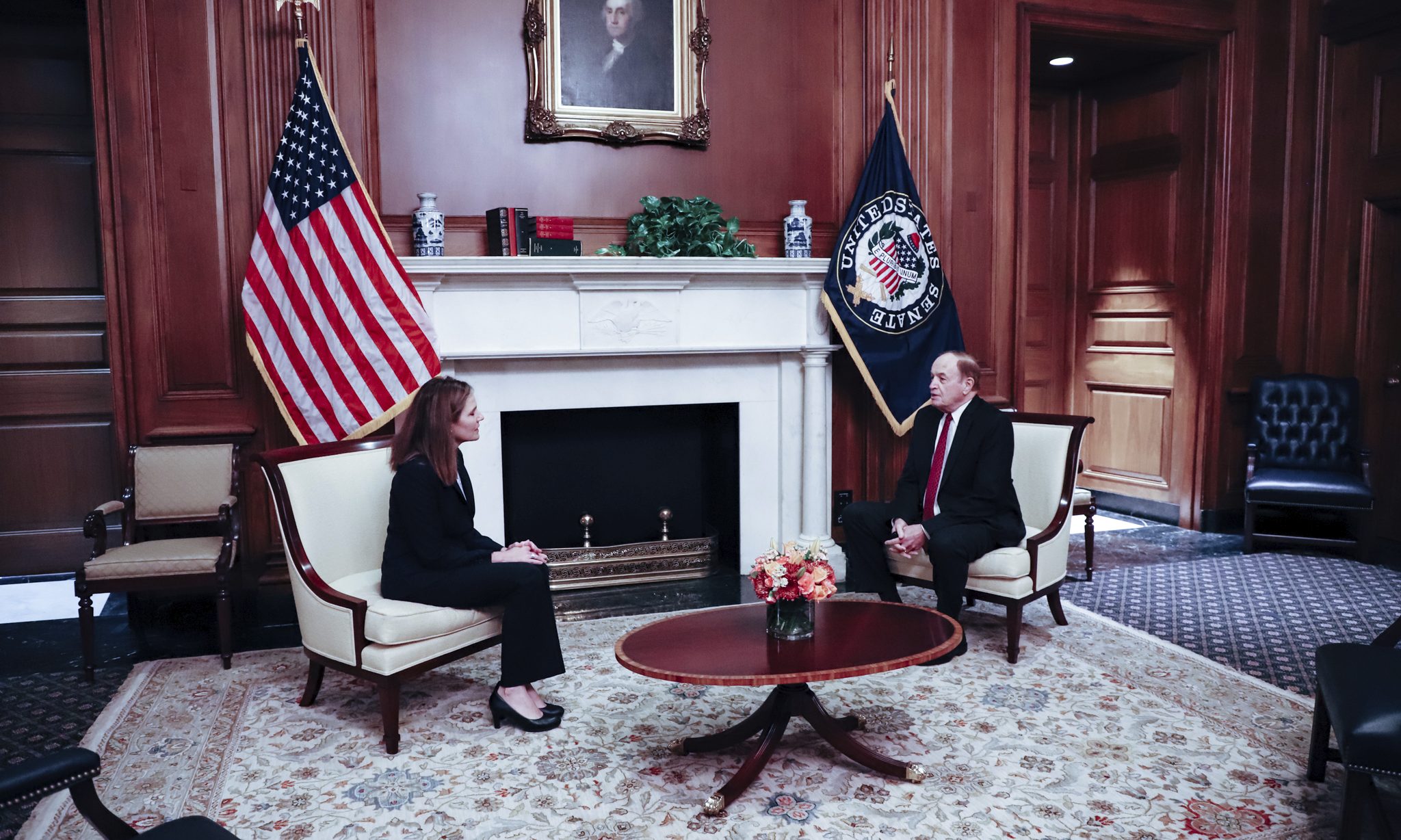 “After speaking with Judge Barrett, I am confident that she is the right choice to serve on the Supreme Court,” said Senator Shelby. “Judge Barrett is exceptionally qualified for this role and maintains strong conservative values and a deep commitment to our Constitution. I have no doubt that Judge Amy Coney Barrett will be an excellent addition to the Supreme Court.”

Senate Majority Leader Mitch McConnell (R-Kentucky) has announced that Barrett will get a vote on the Senate floor.

Senate Democrats have objected to the nomination being confirmed before the November 3 general election.

Since her nomination by President Trump, Judge Amy Coney Barrett has been making routine visits to Capitol Hill to meet with Senators. Many Democratic Senators, following the lead of Senate Minority Leader Chuck Schumer (D-New York), are refusing to meet with Judge Barrett.

Barrett fills the vacancy created by the death of Justice Ruth Bader Ginsburg.

Judge Amy Coney Barrett currently serves as a federal judge on the U.S. Court of Appeals for the Seventh Circuit. She clerked for legendary Supreme Court Justice Antonin Scalia as well as Judge Laurence Silberman of the U.S. Court of Appeals for the D.C. Circuit. Before and while serving on the federal bench, she was a professor of law at Notre Dame Law School. Barrett is a devout Catholic and mother of seven, including two adopted Haitian children.

It is the constitutional responsibility of the U.S. Senate to provide “advice and consent” to the President on all executive nominations, including judges to federal courts, appeals courts, and the Supreme Court.

Richard Shelby has served in the United States Senate since 1987. All of the eight current Supreme Court Justices, even Ginsburg who just died, were appointed and confirmed during Shelby’s tenure. 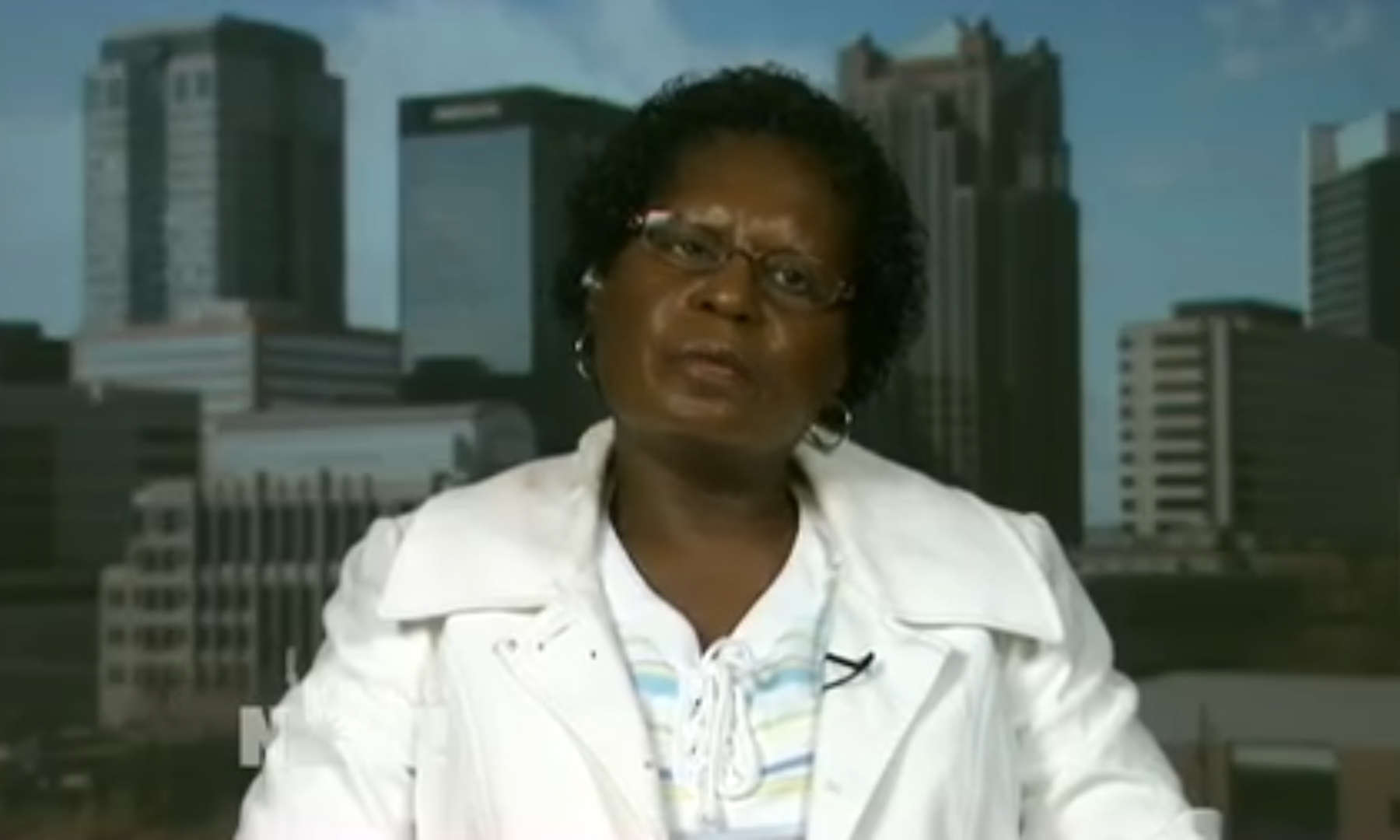 Gov. Kay Ivey on Wednesday sent a written apology to the surviving victim of the 1963 16th Street Baptist Church bombing, and agreed to have the state’s attorneys meet with the survivor’s attorney to discuss their desire for compensation.

The surviving victim, Sarah Collins Rudolph, and those who died, including Rudolph’s sister, Addie Mae, and Cynthia Wesley, Carole Robertson, and Carole Denise McNair, suffered an egregious injustice that has yielded untold pain and suffering over the ensuing decades, Ivey wrote in her letter to Rudolph’s attorney, Ishan Bhaba.

“For that, they most certainly deserve a sincere, heartfelt apology – an apology that I extend today without hesitation or reservation,” Ivey wrote.

“It would seem to me that beginning these conversations — without prejudice for what any final outcome might produce but with a goal of finding mutual accord — would be a natural extension of my Administration’s ongoing efforts to foster fruitful conversations about the all-too-difficult — and sometimes painful — topic of race, a conversation occurring not only in Alabama but throughout America,” Ivey continued.

The explosion set off by Klansman on Sunday, Sept. 15, 1963, that killed the four young Black girls left Rudolph blind in her right eye. Bhaba wrote to Ivey earlier this month and asked on behalf of Rudolph for an apology and compensation for her lifelong injury. Her injury ended her dream of becoming a nurse, and so she’s worked odd jobs throughout her life to survive, Rudolph has said in several news accounts.

Ivey in her response Wednesday wrote that many would question whether the state was legally responsible for the bombing, but that “the racist, segregationist rhetoric used by some of our leaders during that time was wrong and would be utterly unacceptable in today’s Alabama.”

The deaths of the young girls came at a time when Alabama politicians were fighting against desegregation of the state’s public schools. Then Alabama Gov. George Wallace in May, just more than a week before the bombings, told The New York Times that “what this country needs is a few first-class funerals.”

Twelve years after the bombing, one of the Klansmen responsible was convicted of killing one of the girls and sentenced to life in prison.

Jones, now a U.S. Senator for Alabama, met with Rudolph’s attorneys in December, according to The Montgomery Advertiser, which quoted Jones as saying in a statement at the time that he didn’t feel it was in his place to offer her legal advice.

“I did, however, confirm my belief based on my own research for the trials of two of the four Klansmen responsible for the bombing, that the State of Alabama, through George Wallace and others, and the city of Birmingham through Bull Connor and others, engaged in the kind of dog-whistle political rhetoric that promoted violence and led to the bombing,” Jones said in the statement, according to the newspaper.

Opinion | In Alabama, the past is prologue