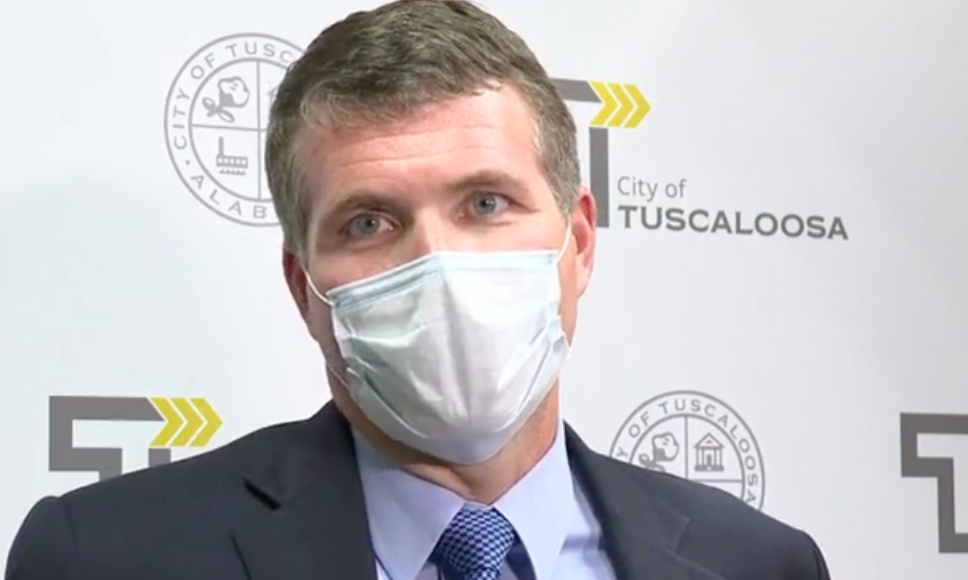 Police in Tuscaloosa on Sunday issued 12 citations for face mask violations and arrested four on seven charges, which included obstruction of justice, after photos of mostly mask-less crowds outside bars circulated on social media.

Tuscaloosa Mayor Walt Maddox in a press conference Monday said that University of Alabama students obeyed the state’s mask order during organized events on Bid Day, but the large crowds gathering outside bars without masks and without social distancing was troubling.

“I do think we all need to be a little disheartened by what we saw on the strip,” Maddox said, referring to the are of bars and restaurants near UA’s campus frequented by students. “Especially considering what’s a stake.”

Maddox said none of the bars had exceeded the 50 percent capacity limits after 9 p.m., as required under Maddox’s emergency order, and that in those crowds there were older people also not wearing masks, and cautioned against blaming only young college students.

Greg Byrne, University of Alabama’s athletic director, tweeted out a photo of one of those crowds Sunday and wrote, “Who wants college sports this fall?? Obviously not these people!! We’ve got to do better than this for each other and our campus community. Please wear your masks!”

Asked by a reporter if he would consider placing more restrictions if people continue to not follow current orders, Maddox said, “you never take anything off the table” but that the city is in a “very good place” when it comes to COVID-19 cases and hospitalizations, and he has no current plans to do so.

“The question we’ve got to ask ourselves is, what will be seeing in two weeks,” Maddox said.