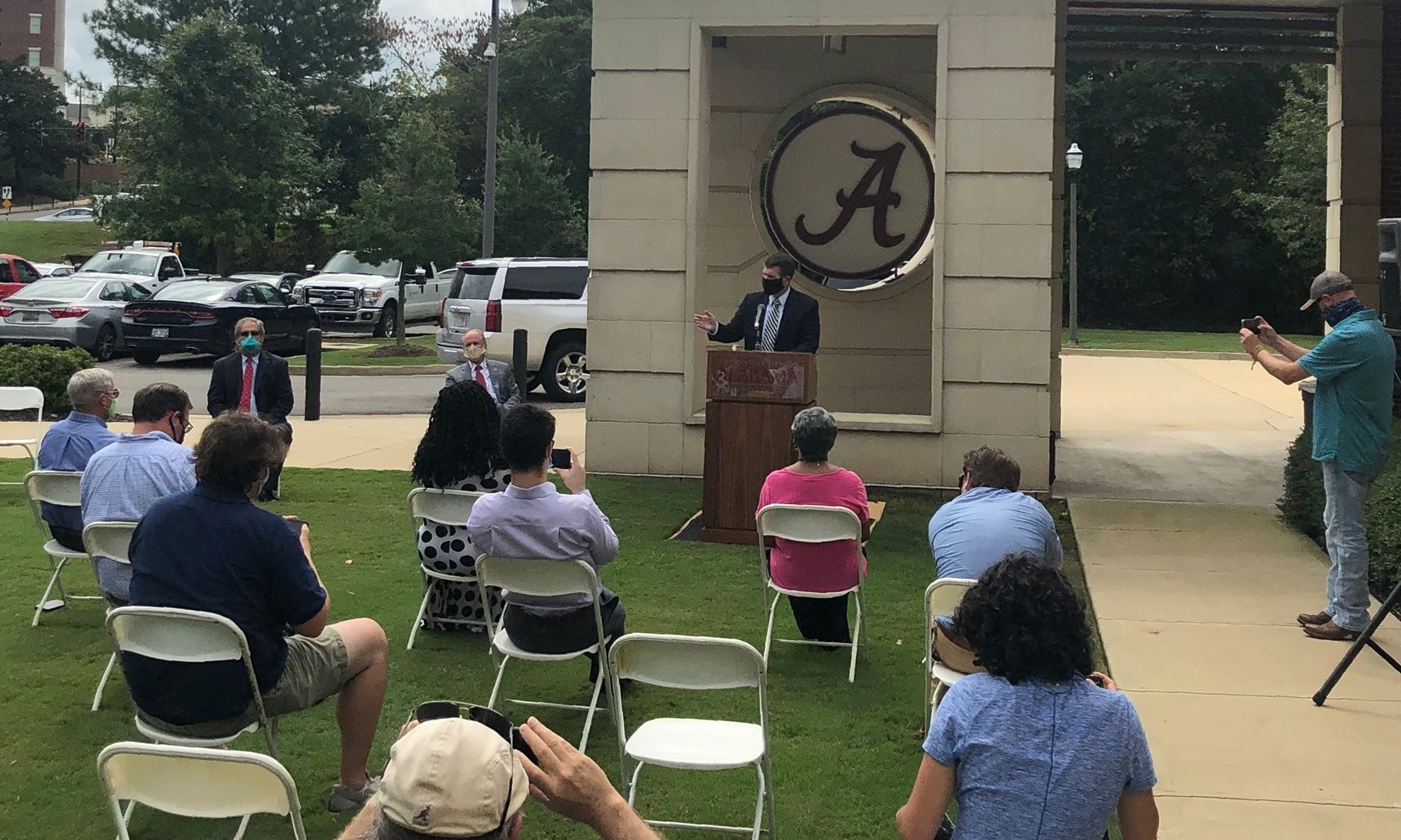 Tuscaloosa Mayor Walt Maddox on Monday announced that he was ordering all bars to close for two weeks starting at 5 p.m. today after a spike in COVID-19 cases centered largely around the University of Alabama’s greek row.

Stuart Bell, president of the University of Alabama, said during a press conference Monday that immediate action was needed if in-person classes are to continue.

“Although our initial reentry test was encouraging, the rising COVID cases that we’ve seen in recent days is unacceptable, and if unchecked, threatens our ability to complete the semester on campus. Now is the time for action,” Bell said.

Dr. Richard Friend, dean of the College of Community Health Sciences at the university, told reporters that during recent COVID-19 testing at the university they found many students were exposed since returning to campus.

“Particularly in the Greek system. The trend continued throughout the week, and now has reached levels that require a significant intervention,” Friend said.

Last week, the university temporarily banned student events and placed restrictions on who can enter fraternity and sorority houses and how students living there can use the housing.

Friend said this week the university will be testing up to 1,000 students daily for five days “where geographic spread has been documented,” although he declined to say where those outbreaks have occurred or say how many students have tested positive for the disease. He said those numbers would be released later on Monday.

Maddox said during the briefing that if left unabated, the growing number of cases could overburden the area’s hospitals and further hurt the metro area’s economy, which sees a $2 billion economic impact from the university.

“I know this is not easy. I know that the coronavirus has taken so much, but we must finish the job,” Maddox said.

Maddox said he has signed an order closing bars from Aug. 24 through Sept. 8, in addition to eliminating bar service at restaurants for 14 days.

“It’s been our bars and restaurants who have taken the disproportionate impact,” Maddox said. “It is certainly not lost on anyone at the city of Tuscaloosa, understanding this in the near future.”

Maddox said he’ll be working with the City Council to determine how the city can invest in its bars and restaurants to help the businesses weather the economic impact.

“This can include a myriad of different options and I look forward to working with our city leaders and doing that,” Maddox said.

Gov. Kay Ivey in a statement Monday addressed the decision for more restrictions to slow the spread of new cases.

“As our students adjust to being back on campus, Tuscaloosa leaders and university officials are focused on helping to ensure their health and safety. They have made tough decisions, and I appreciate Mayor Walt Maddox and The University of Alabama leadership for tackling a serious problem as quickly as possible. If you we do not act expeditiously, it leaves the potential for a situation to get out of hand, which would require even tougher, longer-lasting decisions to be enacted,” Ivey said.

“My hope is that this will be just a brief pause on their plans to reopen and that we can get this in our rearview mirror sooner, rather than later. Clearly, it takes everyone working together to keep Alabama moving in the right direction,” Ivey continued.