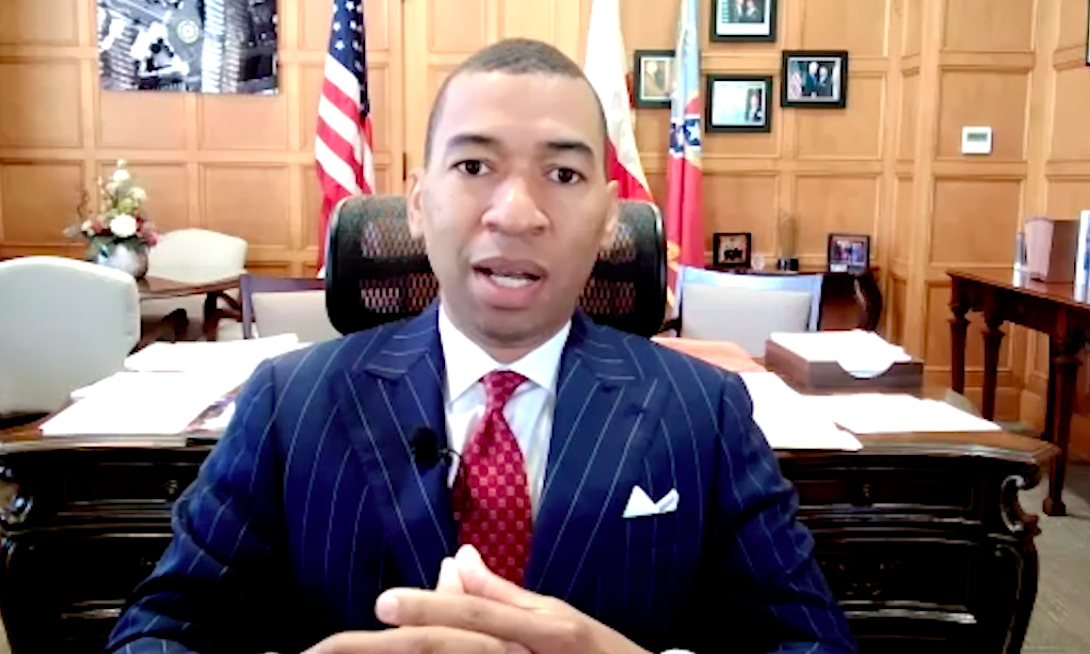 Alabama businesses have suffered during the COVID-19 pandemic, but they’ve also found ways to innovate and to drive the needed changes to keep their employees and customers safe, said the mayors of Alabama’s five largest cities.

The Business Council of Alabama’s Engage Alabama virtual business conferences kicked off Wednesday with a discussion of how the state’s municipalities have responded to the unprecedented health crisis.

“This thing has gone a lot longer I think that any of us expected, and I don’t think we’ve seen the end of yet,” said Huntsville Mayor Tommy Battle, speaking during the online discussion.

“Research Park is about 27,000 people who mostly work in the high tech area,” Battle said. “And they were able to, 90 percent of them, work from home, and when you can work from home, not fill up our roadways and also still get a paycheck, it made a big, big difference.”

The business community in Montgomery rallied around one-another after the pandemic hit, said Montgomery Mayor Steven Reed. It was that close collaboration between businesses and the city that have helped weather the storm, he explained.

“We’ve been able to give out grants from $2,500 on up, and about 85 percent of those have gone to minority and black-owned businesses,” Reed said.

Mobile Mayor Sandy Stimpson echoed Reed’s comments, and said that the pandemic has created greater collaborations between businesses and local government than he’s ever seen. From hospitals to restaurants, municipal leaders were in discussion with the city’s industry leaders to find ways to manage the crisis, Stimpson said.

“Through the collaboration, through constant contact, we were able to find pathways forward for solutions that everybody was struggling with,” Stimpson said.

Birmingham Mayor Randall Woodfin said that while the coronavirus has presented the toughest of times, “I think it’s also brought out the best character for all of our communities of all five cities that’s presented here today.”

Before it was clear that the federal government would be sending funding to aid struggling businesses, city officials in Birmingham found ways of providing financial relief to those affected, Woodfin said.

“It wasn’t only targeted towards the actual small businesses or each of the business’s owners, but we thought it was also important to engage the hourly employee who was laid off as well,” Woodfin said.

Two days before the Tuscaloosa City Council voted to approve a citywide mask ordinance, it was the city’s large industry leaders who prompted the move, said Tuscaloosa Mayor Walt Maddox.

“Our large industry and large business leaders recognized that we needed to have workforce to be able to have production,” Maddox said.

The pandemic has also required the city of Tuscaloosa to innovate, Maddox said.

“In this year’s budget we’re actually going to freeze or eliminate 26 positions that we don’t believe we need in the future,” Maddox said. “Now 26 is not a large number, but if you start doing the payroll on that, those will be significant savings for taxpayers over time.”

The health crisis has had a real impact on small businesses in Tuscaloosa,  Mayor Maddox said, so the city has worked hard to focus economic development efforts toward that sector.

There were approximately 6,500 small business licenses in Montgomery in March, Maddox said.

“More than half of those business licenses didn’t make tax payments. That shows you just how bad it was hurting,” Maddox said.

“It’s those small businesses we don’t need to go dark, because at some point, when we get through this, the worst thing that you can have happen in your city is empty storefronts,” Maddox said. “Empty storefronts lead to blighted property. Blighted property leads into a downturn within that neighborhood or that business community.”

The Engage Alabama virtual business conference will continue throughout Wednesday and Thursday, with sessions on internet connectivity, the state’s healthcare industry and marketing amid the pandemic.

After rash of deaths, AEA calls on MPS to reassess coronavirus protocols

With 10 deaths since November and four deaths within 48 hours, AEA says MPS officials must act to protect teachers and staff.

Woodfin will launch his campaign for re-election at a drive-in campaign kickoff event on Saturday, Jan. 30.