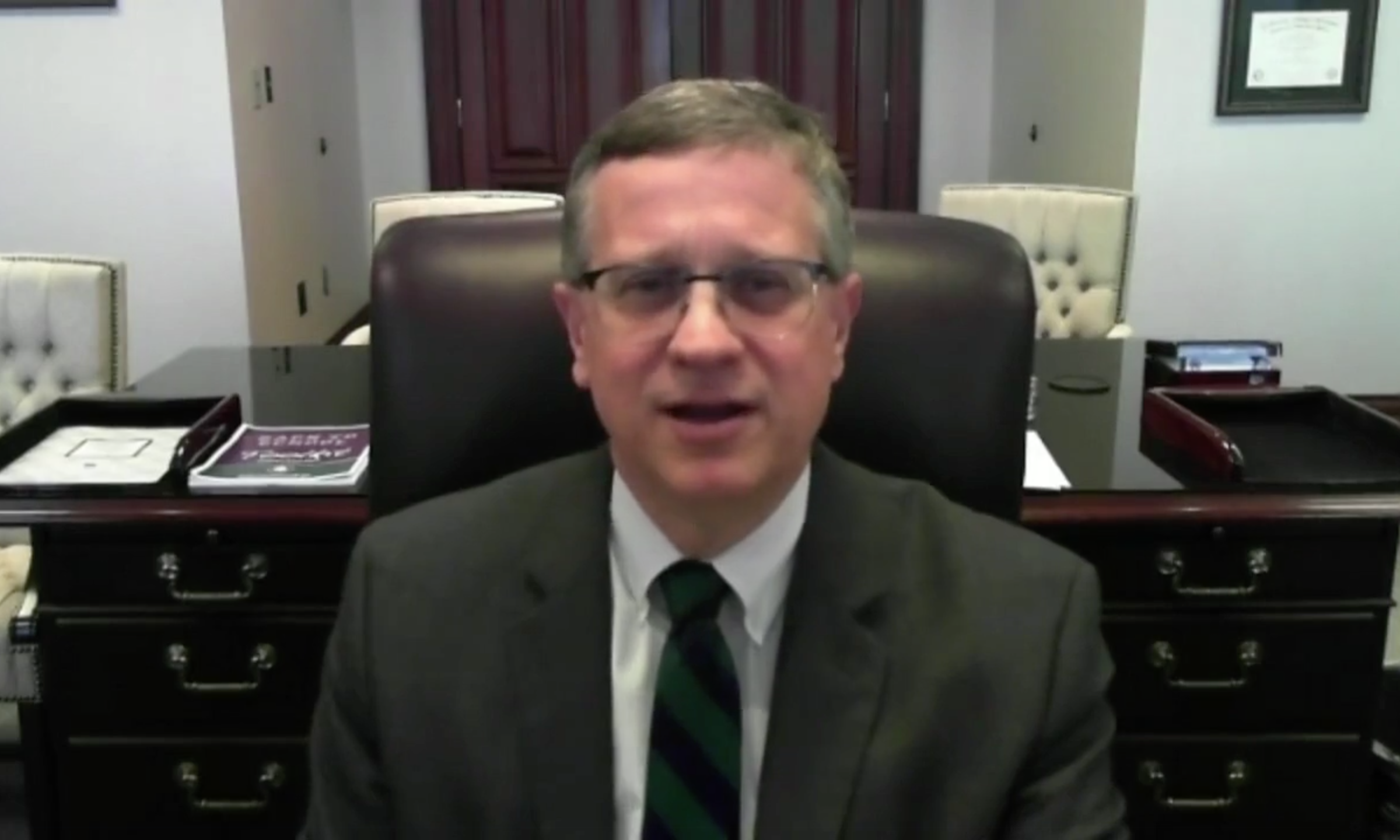 Alabama’s COVID-19 numbers have improved some since Gov. Kay Ivey’s statewide mask order, but with Labor Day just ahead, state health officials fear if the public lets its guard down there could be a surge similar to what the state saw in July.

Alabama State Health Officer Dr. Scott Harris, speaking during a press briefing hosted by Sen. Doug Jones, D-Alabama, on Wednesday, said that he has seen some improvements recently, which he attributes to the statewide mask mandate.

Harris said since the mask order went into effect, there have been declines in new daily cases, in the percentage of tests that are positive and in the hospitalization of COVID-19 patients.

“And yet, at the same time, we’re not out of the woods,” Harris said. “We see some clouds on the horizon that could be a problem for us if people aren’t able to follow that guidance that we’ve been issuing for so long about distancing, about face coverings, about staying home when you’re sick.”

There have been outbreaks on college campuses, Harris said, and the percentage of tests that are positive on some of those campuses has risen in recent weeks, and with the Labor Day weekend ahead, there’s concern that gatherings could spark more outbreaks.

“We really don’t want Labor Day to be a replay of Independence Day or Memorial Day,” Harris said. “We don’t want September to look like July looked, because I just don’t know that our health care system would be able to tolerate that.”

Coronavirus hospitalizations in Alabama spiked in July, causing several hospitals to begin dedicating beds for other patients to COVID-19 patients. ICU’s set up for coronavirus patients quickly filled, and COVID-19 deaths surged in July and remained high in early August.

“We set a new record for deaths in a day in late July, and we certainly don’t ever want to be anywhere near that again,” Harris said.

“We need people to really pay attention, and be careful. If you’re a person who’s 65 or older and you get infected with this virus, there’s about a one in 10 chance you’re not going to survive,” Harris said. “One in 10, and believe me, that’s a serious statistic that we all need to be thinking about”

Answering a question about vaccine distribution, Harris said the department is working hard on a plan to roll out a vaccine — if and when one is ready for market. Numerous vaccines are undergoing clinical trials, he said, and there remain many questions that will need to be answered before a vaccine can be administered to the public.

“There are a lot of questions about whether a vaccine will be a one-shot or multiple-shot vaccine, how often it will need to be given again,” Harris said.

There likely won’t be enough doses of the vaccine for everyone at the start, so one big question is who is most vulnerable to the disease and who should receive a vaccine first, Harris said.

“So there’s a lot of details that still have to be worked out, but that’s a project that we’re working on actually every single day here at public health,” Harris said.

Harris was asked to address the fluctuating coronavirus tests and case numbers, which has become a common theme on the Alabama Department of Public Health’s COVID-19 data in recent weeks. On Wednesday, the department recorded just 86 new cases, but 537 new probable cases.

Harris said the department gets testing data from labs all over the state, and some outside the state, which are testing Alabama residents, and many of those labs have delays in sending in total tests administered, which can cause dips and jumps in the state’s daily data.

He said that’s what they rely more on seven- and 14-day rolling averages, which smooth out the data and gives a better picture of recent trends.

Additionally, more people are using rapid COVID-19 tests, called antigen tests, as opposed to the tests most often conducted in labs, called PCR tests. A positive result from a rapid test is still considered a case by the department, but it’s classified as “probable” as a way for public health experts to denote which test was administered.

“A probable case is not a case that we have less confidence in the diagnosis,” Harris said. “It’s simply a way that we count patients and make sure we’re comparing apples to apples from one state to the next.”

Jones said the U.S. Senate is to go back into session on Tuesday, and that it’s more important now than ever that lawmakers “work to find another bipartisan compromise on a round of meaningful COVID relief legislation as soon as we get back.”

“Since our emergency unemployment benefits have expired at the end of July bills have started to pile up for folks,” Jones said. “There’s an even stronger sense of urgency to get families the help that they need even more so than when I talked about that urgency in June and July.”

President Donald Trump’s order allowing for the partial extension of some of those additional unemployment benefits helped some, Jones said, but more is needed to help struggling individuals and small businesses.

“We’ve seen schools starting to open back up with no resources from the federal government. People are having to decide whether to pay rent or pay for medication. They’re having to choose between food and utilities, and that’s just unacceptable,” Jones said.

The CDC recently announced an order that will broaden eviction protections through the end of the year, if a renter meets certain requirements, but those renters will still owe all rent payments.

Asked by APR what can be done to help those who may face eviction at the start of 2021 if they can’t make those payments, Jones said those who have the ability to pay rent need to do so to avoid owing a lump sum or face eviction, but that the federal government needs to step in and provide aid to both renters and landlords.

“We should have been addressing this crisis, this problem, back in early summer when we knew what was coming,” Jones said, referring to Washington lawmakers’ inability to pass such legislation.