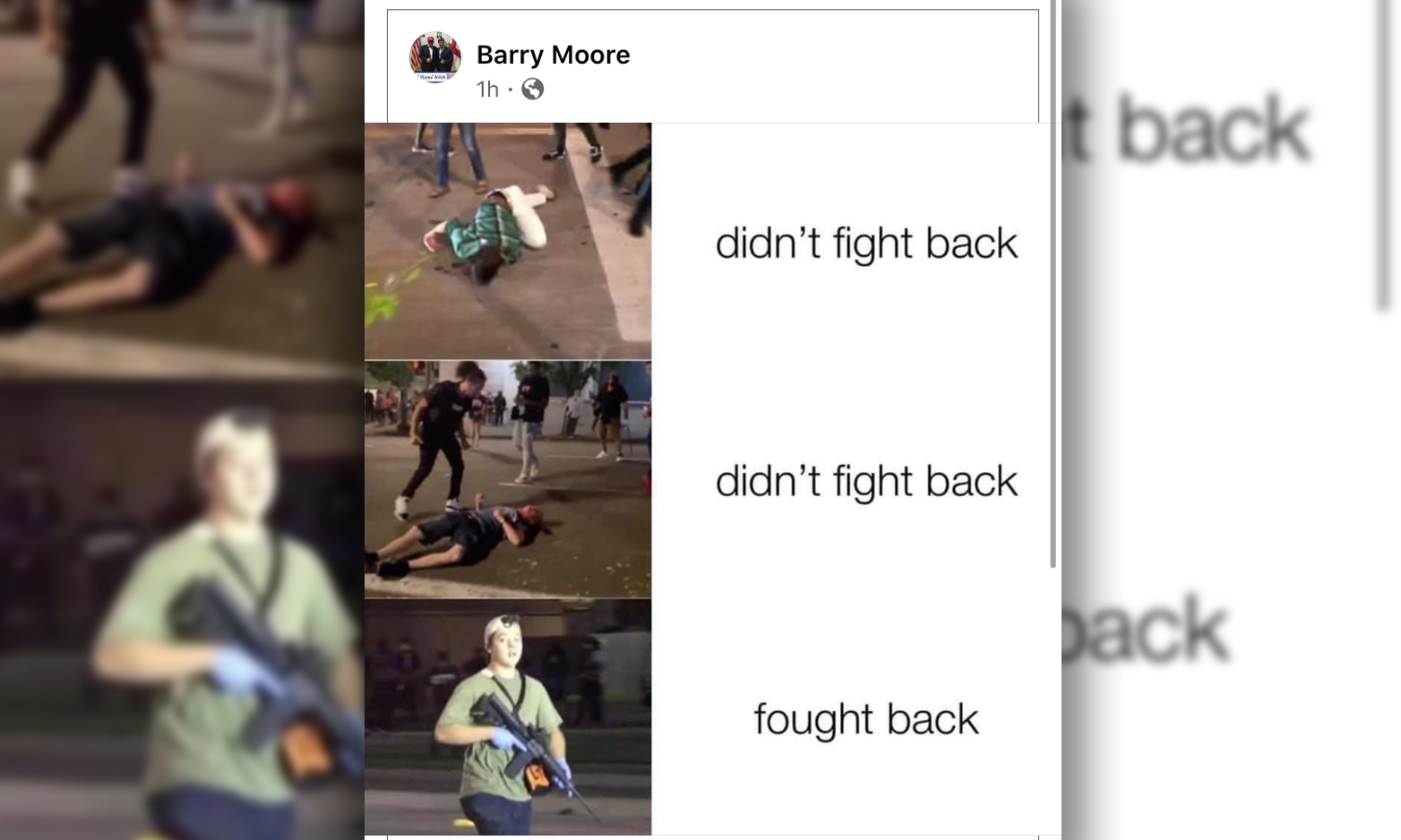 The Alabama AFL-CIO on Tuesday rescinded the co-endorsement of Republican congressional candidate Barry Moore following Moore’s Facebook post supporting the 17-year-old charged with two counts of homicide in the shooting deaths of two people in Wisconsin during a protest.

“After considering the recent post on social media Mr. Moore posted then removed, the E-Board of the Alabama AFL/CIO has voted to rescind the co-endorsement of Barry Moore. Organized Labor condemns this type of divisive rhetoric and fights every day for racial and social justice,” the Alabama AFL-CIO tweeted.

“We fully support people’s right to protest peacefully, but we’re against any type of violence,” said Bren Riley, president of Alabama AFL-CIO, speaking to APR on Wednesday.

Moore told APR on Saturday that he believes Rittenhouse was justified in the shooting because he said he was being attacked. “I think at that point he had a right to exercise and fire his weapon in self-defense,” Moore said. “I believe if he had not have, he would have been killed.”

The Alabama chapter of the labor union organization had endorsed both Moore and his Democratic opponent, Phyllis Harvey-Hall, who also expressed concern over Moore’s post.

“Mr. Moore’s decision to share a post defending Kyle Rittenhouse’s actions was wrong,” Harvey-Hall said in a statement. “One would think a lawmaker would know better than to defend extrajudicial killing. As our nation grapples with ending systemic inequality, we need leaders committed to fairness and compassion, not ones who stoke division. This is not Christian conduct and the people of Alabama deserve better.”

A Kenosha police officer on Aug. 23 shot 29-year-old Jacob Blake in the back seven times, leaving him paralyzed below the waist, which sparked protests that drew many armed counter-protesters such as Rittenhouse, who police say during an Aug. 25 protest shot three people, killing two, Joseph Rosenbaum, 36, and 26-year-old Anthony Huber.

Video of the shooting appears to show Rittenhouse shoot Rosenbaum in the head, then Rittenhouse runs and is chased by protestors. Rittenhouse trips and falls, then several people try to take his rifle, but Rittenhouse fired several times on them as well, killing Huber and injuring a third man.