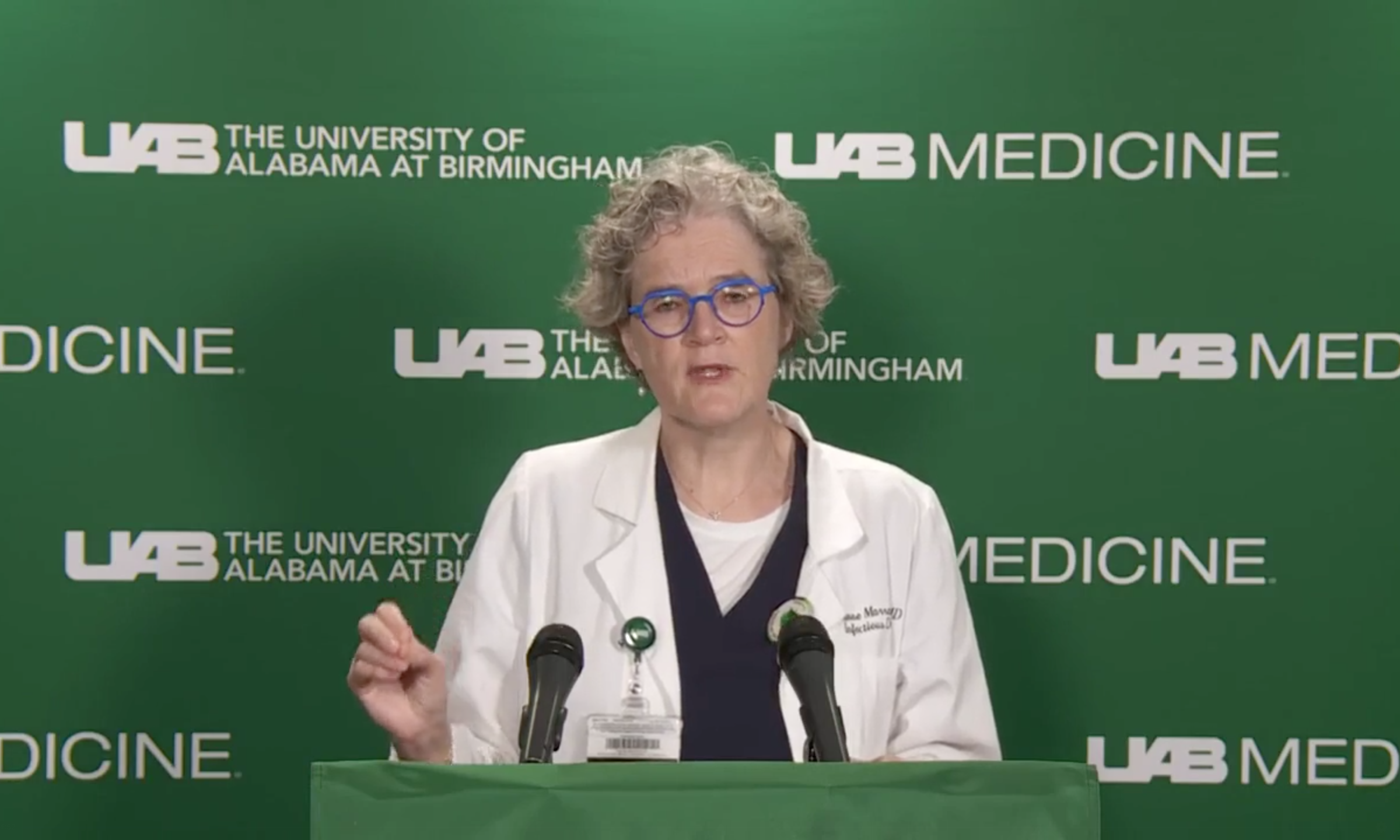 As the Labor Day weekend approaches, infectious disease experts continue to stress the importance of wearing masks and practicing social distancing, or else Alabama could see another spike in COVID-19 cases and deaths.

Dr. Jeanne Marrazzo, director of UAB’s Division of Infectious Diseases, told reporters on Thursday that there’s serious concern the state could see another surge in cases, hospitalizations and deaths in the weeks after the Labor Day weekend, as happened after Memorial Day and the Fourth of July.

“This is not a time to let up,” Marrazzo said.

While the number of new COVID-19 cases across the state have dropped in recent weeks, Alabama still recorded almost 10,000 new cases this week, Marrazzo said.

“So I really want to impress upon people that while we have made some strides, with a lot of sacrifice, we are still in a place where we have a lot to do, not only to keep driving things down, but equally importantly, and almost more critically, to prevent that post holiday surge that we can almost predict will happen if people do do what they tend to do on a three day weekend,” Marrazzo said.

Marrazzo discussed recent news that the Centers for Disease Control and Prevention sent letters to states urging them to prepare to disburse a COVID-19 vaccine by Nov. 1, two days before Election Day. That letter has prompted concerns from many that a vaccine might be fast tracked well beyond safe measures and for political purposes.

Marrazzo said that earlier in the pandemic infectious disease experts believe the earliest the world could see a safe, effective vaccine was around June 2021. It would take that long to track those enrolled in clinical trials to learn whether the vaccine works and is safe to administer, she said. That thinking changed as the drug company Moderna’s vaccine continued through clinical trials, and it became a possibility, if all went well, that a vaccine could be ready for market in February, she said.

Now, Marrazzo said medical experts are hearing a vaccine’s readiness could hinge on data coming from European studies of a couple of vaccines, that are showing evidence of the ability to produce antibodies. She cautioned, however, that there’s been no evidence of whether any vaccine can actually reduce new cases, or whether they’re safe enough to inject the public with.

“First of all, we don’t know enough yet about what real immunity, long lasting, robust immunity to the coronavirus is,” Marrazzo said, adding that reinfection has been shown to happen and we don’t yet know all we need to about those reinfections.

“The second is, we have never used a messenger RNA vaccine in a human population before, before these trials,” Marrazzo said. “This is totally new technology. we think it’s safe, but we don’t know.  it’s not a tried-and-true method, and so that for me really increases the bar for safety, a lot.”

Researchers like to follow enrollees in phase three clinical trials for vaccines for at least  year, to look for side effects and rare events, she said, noting the 1976 swine flu outbreak among soldiers at Fort Dix, New Jersey, which prompted President Gerald Ford to rush through a vaccine that had not been widely studied.

Cases of the Guillain-Barré syndrome in those vaccinated with the rushed vaccine began showing up in numerous states and several people died, according to news accounts. Ford agreed to suspend vaccinations using the drug.

“It’s a real cautionary tale, and who knows what the calculus was at that time, I mean it was a valid concern, but there were many people who thought that was ill advised and it was rushed,” Marrazzo said.

“Maybe they know something I don’t know, it’s always possible,” Marrazzo said of the CDC. “But do we really have confidence that we can go out there and vaccinate everybody safely without knowing the longer term benefits are side effects of this vaccine? That’s my really big concern.”

Asked by a reporter if she would take a vaccine herself, if it was offered before the effects and benefits were fully studied, Marrazzo said that “at this very moment I would say that I would probably not get it.”

Marrazzo said some might weight the benefits of such a vaccine against continue to practice social distancing and wearing masks and decide to take that risk, but she would like to see a “full-throated endorsement” of the vaccine by the American College of Immunization Practices and more data on the drug before considering it for herself.

Asked what she would tell Gov. Kay Ivey about disbursing a vaccine as early as the CDC has asked states to ready to do so, Marrazzo said we need ironclad proof that a vaccine is safe and effective.

“We are not there right now. There is no way that I have seen myself, and I know that most experts have seen enough data, to feel like, not only today there’s something to roll out, but in seven short weeks,” Marrazzo said.

Marrazzo said that’s not to say there isn’t an urgency to get a vaccine to market, but we shouldn’t rush to get a product before we know it’s safe.

“And we deserve the best. We deserve better. I mean, people have been through hell with this thing,” Marrazzo said.