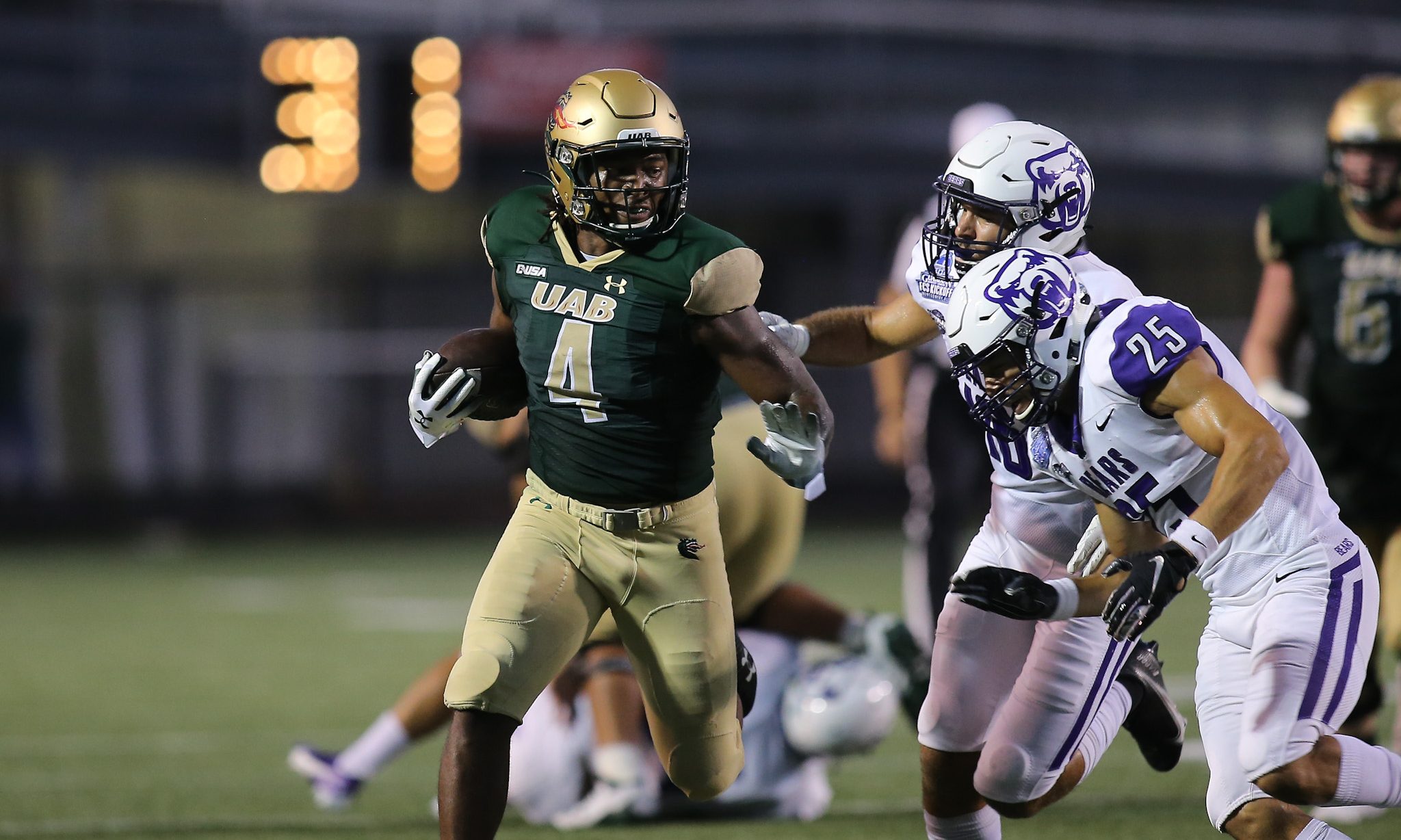 The 2020 college football season that many said would never be played began Thursday night at Birmingham’s historic Legion Field. UAB defeated Central Arkansas from the Southland Conference 45 to 35.

In August the 2020 college football season appeared to be on the brink of being cancelled. The Ivy League, the SWAC, MAC, Big 10, and PAC 12 all announced that due to fears of spreading the coronavirus and possible long term side effects of COVID-19 including inflammation of the heart it was not safe to play college football this year.

The Southeastern Conference cancelled all of its out of conference games; but pressed ahead with a ten game conference only football schedule that will begin on September 26. Both the ACC and Big 12 joined the SEC. Conference USA, which includes UAB, is also continuing to play the games. UAB did allow fans in the stands; but with limits on capacity in order to promote social distancing.

UAB’s offense moved the ball at will throughout the game; but a couple of second quarter turnovers, including a 35 yard fumble return for a touchdown kept Central Arkansas in the game at the half 28 to 21.

UAB scored 17 unanswered points following halftime to go on to win the game.

Central Arkansas Quarterback Breylin Smith threw the ball 46 times; but completed just 25 for 193 yards, an average of just 4.2 yards per completion. Smith threw three touchdowns and one interception. Central Arkansas only managed 100 yards of rushing in the game with Kierre Crossley rushing for 59 yards on ten carries.

South Alabama was also in action on Thursday night defeating Southern Mississippi 32 to 21. This was South Alabama’s first road win since 2017.