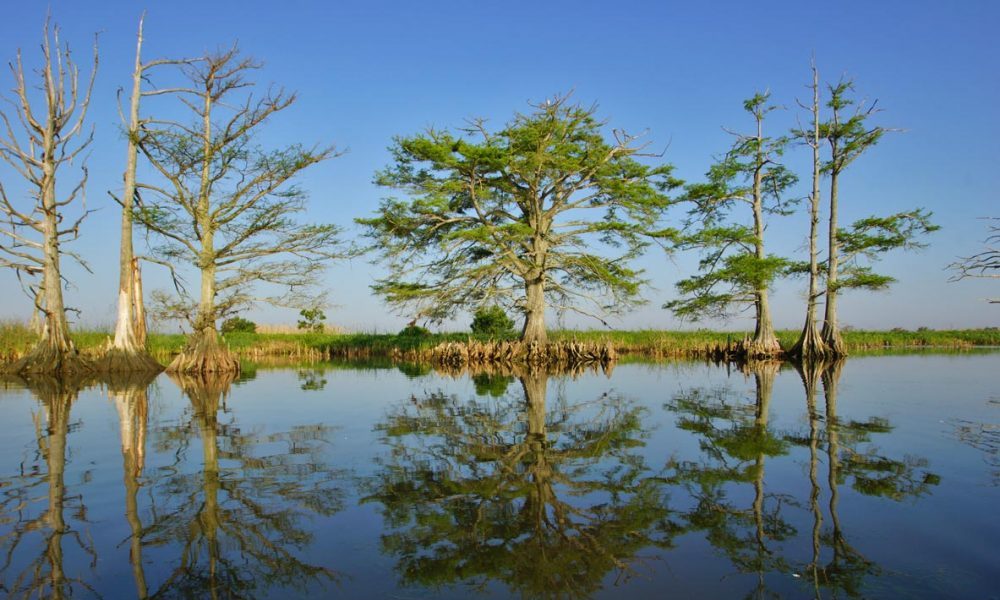 “The Trump Administration continues to take significant conservation actions benefiting all Americans, particularly hunters, anglers and outdoor enthusiasts,” Bernhardt said. “It has never been more important than now that we conserve our great outdoors and expand public access to public lands, and the Trump Administration is doing that.”

The 2020 North American Wetlands Conservation Act (NAWCA) grants will be used to ensure waterfowl and other birds are protected throughout their life cycles. $33.3 million is being allocated for the U.S. Fish and Wildlife Service and its partners to conserve or restore more than 157,000 acres of wetland and associated upland habitats for waterfowl, shorebirds and other birds for 32 projects in 21 states throughout the United States. These federal grants will be matched by almost $85 million in partner funds.

“The Trump Administration continues to support wetland restoration and habitat conservation projects that benefit waterfowl and many other species while improving access to outdoor recreation opportunities on public lands for all Americans,” said U.S. Fish and Wildlife Service Director Aurelia Skipwith.

Wetlands provide many ecological, economic and social benefits such as habitat for fish, wildlife and a variety of plants. NAWCA grants conserve bird populations and wetland habitat while supporting local economies and American traditions such as hunting, fishing, birdwatching, family farming and cattle ranching.

“This investment in our nation’s wetlands will help preserve wildlife habitats and support the recreation activities of sportsmen and other outdoor enthusiasts,” said Sen. John Boozman, R-Arkansas. “I’m proud to serve on the Migratory Bird Conservation Commission and advocate for the conservation of our natural resources so public lands will be available for the enjoyment of future generations of Americans.”

“Today the Migratory Bird Conservation Commission of which I am a member, held the first-ever virtual meeting since it was formed,” said U.S. Rep. Mike Thompson, D-California. “Commission members vote to conserve public lands using funding from the Migratory Bird Conservation Fund, funded from the sale of Duck Stamps. We voted to protect over 158,000 acres for people across our nation to use and to preserve their beauty for generations to come.”

“Our nation’s wetlands are one of the most important natural resource for ecological conservation, recreation, protection from flooding, and maintenance of habitats for the birds and other wildlife that call them home,” said U.S. Congressman Rob Wittman (R-Virginia). “Along the Chesapeake Bay especially, wetlands are a vital part of our environment. I am grateful to Secretary Bernhardt and the Migratory Bird Conservation Commissioner for their work and these funds to further protect our coastal habit.”

“Wetlands and waterfowl habitat are disappearing at an alarming rate across North America,” said Ducks Unlimited CEO Adam Putnam. “Thanks to the MBCC and Secretary Bernhardt, this funding will continue to expand efforts to protect and enhance wetlands habitat to ensure future generations have the same opportunity to enjoy nature as we have.”

“NAWCA program accomplishments in California have been impressive, with over 180 projects that have enhanced or restored nearly one million acres, from the Salton Sea through the Sacramento Valley all the way up to Klamath Lake region in northeast California/southern Oregon,” said President of the California Waterfowl Association and member of the North American Wetlands Conservation Council John Carlson Jr.

The commission also approved nearly $1 million from the Migratory Bird Conservation Fund to conserve 419 acres on national wildlife refuges in three states. These funds were raised largely through the sale of Federal Migratory Bird Hunting and Conservation Stamps, commonly known as “Duck Stamps.”

Funds raised from the sale of Federal Duck Stamps go toward the acquisition or lease of habitat for the National Wildlife Refuge System. Hunters are required by law to purchase Duck Stamps to hunt waterfowl. The stamps are also voluntarily purchased by birders, outdoor enthusiasts and fans of national wildlife refuges who understand the value of preserving some of the most diverse and important wildlife habitats in our nation.

Since 1934, the Federal Duck Stamp Program and Migratory Bird Conservation Fund have provided more than $1 billion for habitat conservation in the Refuge System.

The National Wildlife Refuge System is managed by the U.S. Fish and Wildlife Service. There are 568 national wildlife refuges and 38 wetland management districts.

The Migratory Bird Conservation Commission is chaired by the Secretary of the Interior. Its members include Sen. Martin Heinrich of New Mexico; Sen. John Boozman of Arkansas; Reps. Robert J. Wittman of Virginia and Mike Thompson of California; Sonny Perdue, Secretary of Agriculture; and EPA Administrator Andrew Wheeler.

The Department of the Interior conserves and manages the nation’s natural resources and cultural heritage for the benefit and enjoyment of the American people, provides scientific and other information about natural resources and natural hazards to address societal challenges and create opportunities for the American people, and honors the Nation’s trust responsibilities or special commitments to American Indians, Alaska Natives and affiliated island communities to help them prosper.

Carl said that both pieces of legislation would increase access to affordable health care for seniors across the nation. 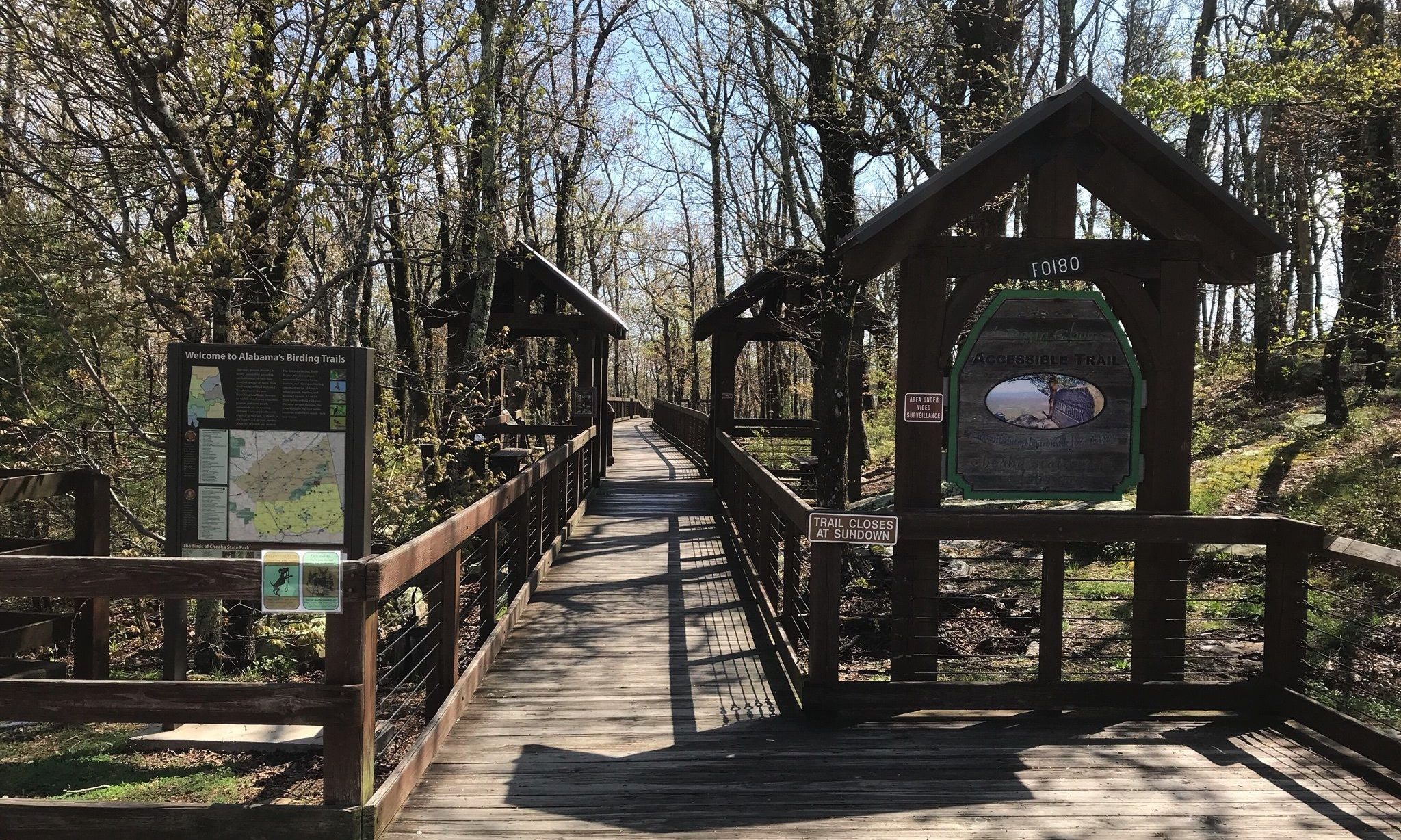 The designation is part of a broader national announcement that establishes 30 new national recreation trails in 25 states, adding more than 1,275 miles...