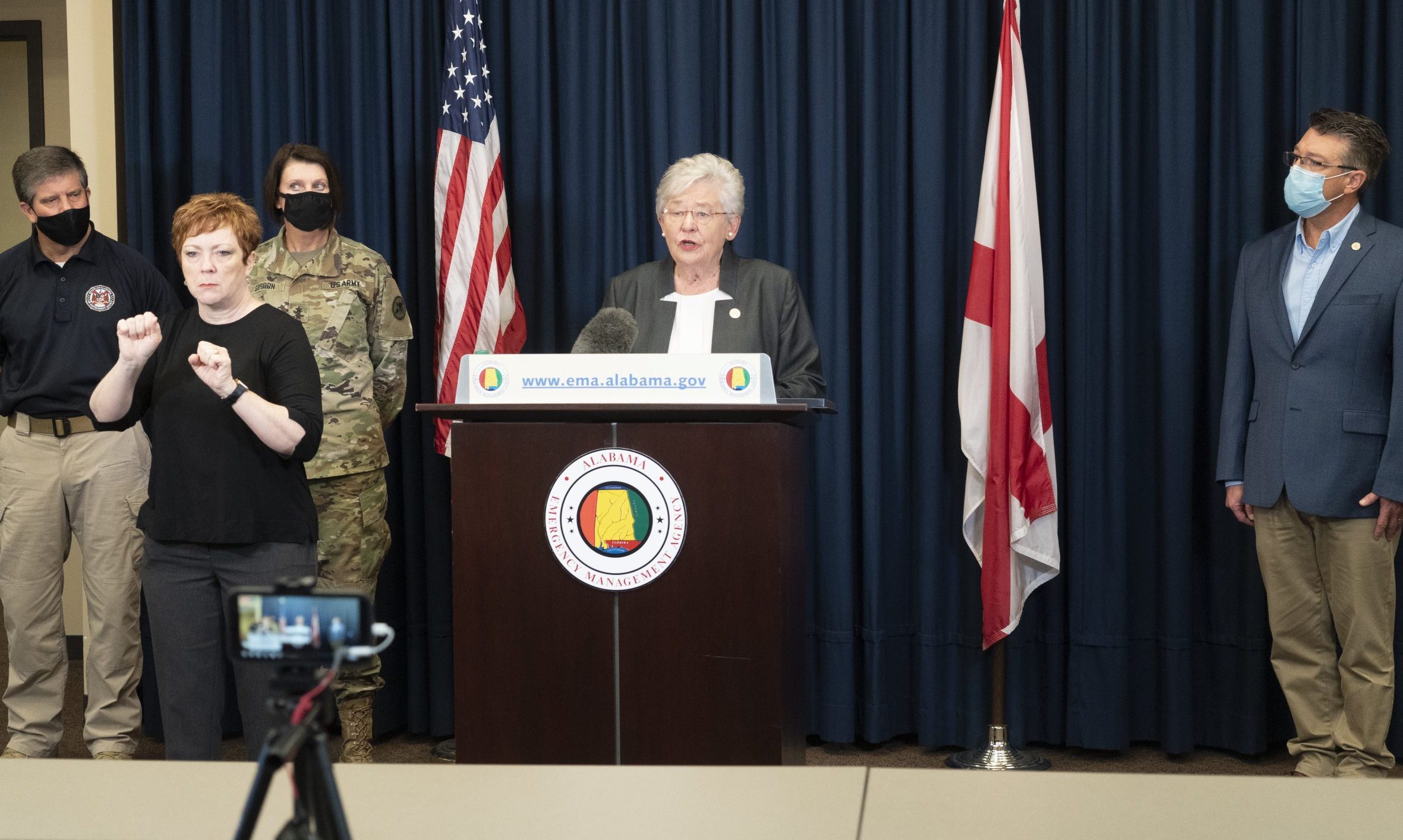 Gov. Kay Ivey plans to visit Alabama’s coastline on Friday to see for herself the damage caused by Hurricane Sally.

At least one person in Alabama died as a result of Hurricane Sally, the state’s EMA director Brian Hastings said earlier on Thursday.

More than 130,000 Alabama Power customers along the coast and Southeast Alabama were without power Thursday afternoon.