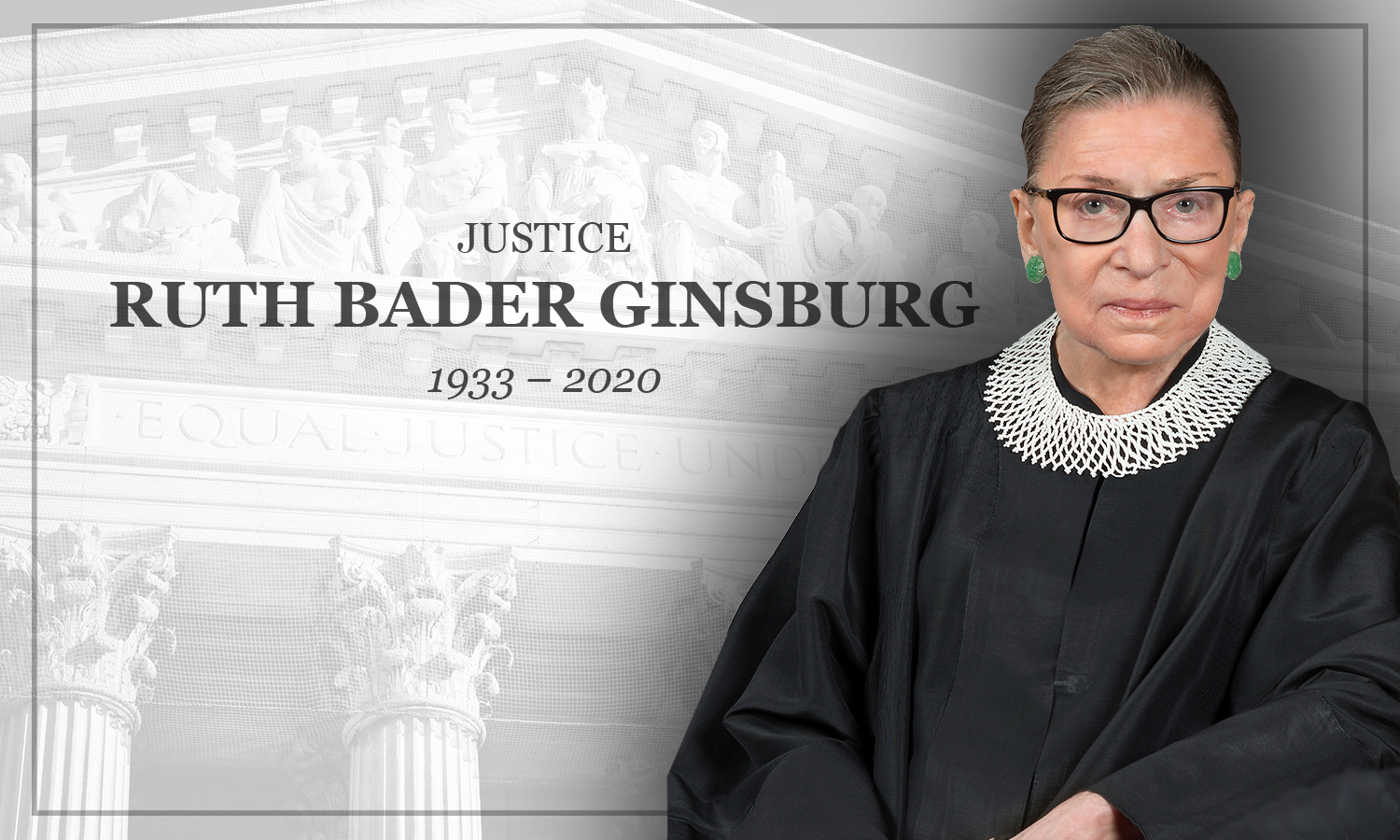 United States Supreme Court Justice Ruth Bader Ginsburg — a champion of women’s rights and voter protections on the nation’s highest court — died Friday at the age of 87 from complications from metastatic pancreas cancer.

The justice died at her home in Washington D.C., surrounded by family. Only the second woman ever to be appointed to the highest court in the nation, she served 27 years on the court, becoming a champion for women’s rights and voter protections.

“This news is a devastating loss for our country and for all those who have been inspired by the inimitable Justice Ginsburg during her long and historic career. Justice Ginsburg led a life guided by principle and filled with purpose. A true trailblazer in the legal field in her own right, she inspired generations of young women to reach for heights that previously felt impossible. Through her quiet dignity, her willingness to bridge political divides, and her steady pursuit of justice, she was a standard-bearer for positive leadership,” Sen. Doug Jones said in a statement.

“Her bold dissents in the Ledbetter v. Goodyear Tire & Rubber Co. and Shelby County v. Holder cases are particularly meaningful to me, and to so many in Alabama and across the country. She stood for what was right and for the constitutional principles of equality and democracy that she held dear, even if it meant she was in the minority on the Court. As only the second woman to ever serve on the Court, she made full use of her opportunity to serve as a voice for women on the bench.

“Beyond her legal acumen, Justice Ginsburg will also be remembered for her sharp wit, her tireless advocacy for voting rights, and her historic role in fighting for a more equal society for women across the country. She will be greatly missed. Louise and I extend our sincerest condolences to Justice Ginsburg’s loved ones. We’re praying for them as they grieve this tremendous loss,” Jones said.

Margaret Huang, president of the Southern Poverty Law Center, in a statement Friday said that our country has lost a monumental and transformative figure.

“Justice Ruth Bader Ginsburg was not only a trailblazer, a hero, and a singular inspiration, she was also a deeply principled person who demonstrated great courage and conviction throughout her entire legal career,” Huang said.

“At the time of her appointment in 1993, Justice Ginsburg was only the second woman to be seated on the U.S. Supreme Court, but it wasn’t her first time in the Court. As director of the Women’s Rights Project of the American Civil Liberties Union, she argued and won five cases before the Justices. And from her first term, she made it her mission to guarantee equal protection for women and other marginalized communities. We are eternally grateful for her decades of work — and landmark achievements — in pursuit of this essential goal.

“In her later years, she became an icon for a younger generation. Her resolute determination for justice inspired millions, including all of us at the Southern Poverty Law Center. With her countless accomplishments in mind and some of her courage in our hearts, we recommit ourselves to continuing her mission to achieve justice and equity for all,” Huang continued.

“We at the Supreme Court have lost a cherished colleague. Today we mourn but with confidence that future generations will remember Ruth Bader Ginsburg as we knew her, a tireless and resolute champion of justice,” Roberts said.