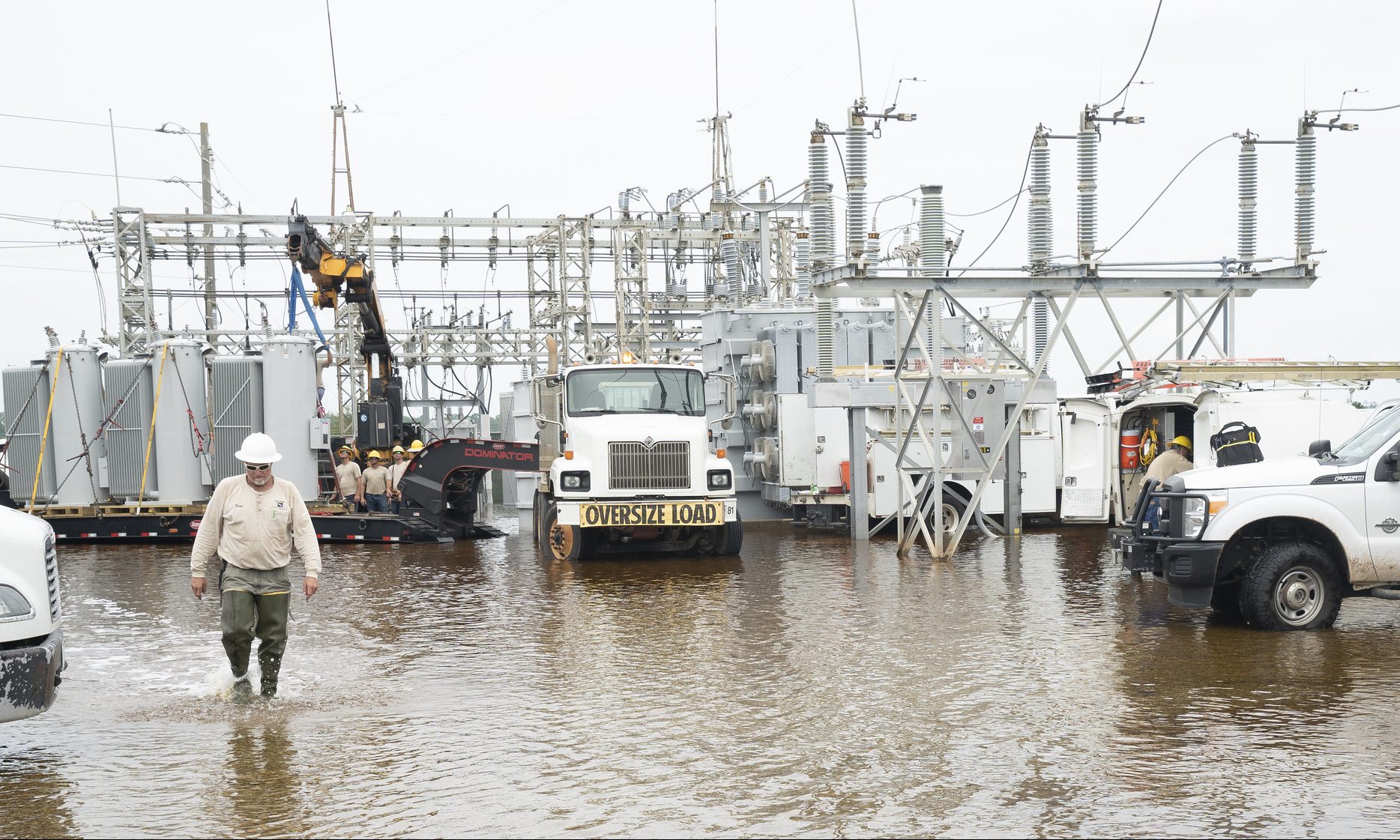 Alabama Power said Sunday that 99 percent of customers who lost power in Hurricane Sally have had their power restored.

Alabama Power made the announcement on Twitter Sunday evening. “Alabama Power and assisting crews have restored power to 99% of customers able to receive it following the destruction of Hurricane Sally,” the company said.

More than 4,000 line workers and support personnel from 14 states are helping Alabama Power crews restore power to people of Mobile and Baldwin Counties following Wednesday’s Hurricane Sally. By Friday, outages in Central and Southeast Alabama had been resolved and all efforts were focused on the Mobile and Baldwin County areas, which took the brunt of the storm.

APR was among the reporters touring the area with Gov. Kay Ivey on Friday. Downed power lines were still everywhere but so were convoys of bucket trucks with linemen repairing and in some cases completely rebuilding destroyed power lines.

Hurricane Sally was the first Hurricane to make landfall in the state of Alabama since 2004. The eye of Hurricane Sally made landfall near Gulf Shores but the impact was felt across the Alabama Gulf coast, and beyond, into Florida and Mississippi.

“Hurricane Sally will be remembered as the most damaging storm to affect Mobile since Hurricane Katrina in 2005,” said Patrick Murphy, Alabama Power Mobile Division vice president. “We appreciate our customers’ patience as we worked to restore power, and we’re committed to working alongside community leaders on full recovery efforts for the area.”

Forecasters had predicted Sally to make landfall in Louisiana as a tropical storm but the storm made a sudden turn to the northeast, gaining strength as it moved just off the coast. Sally made landfall as a category two hurricane with 105 mile per hour winds.

“Nobody expected that storm to be so strong,” Ivey told reporters on Friday.

Despite rainy conditions on Saturday, crews worked through the inclement weather conditions from Tropical Storm Beta, which was offshore. Beta is expected to make landfall in Texas and then turn sharply to the northeast, impacting Louisiana before breaking up.

Beta will bring more rainfall to the Alabama Gulf Coast, which is still recovering from the heavy rains and damage caused by Sally. Beta is already causing dangerous riptides off the Alabama coast. Many Texans who had evacuated from their homes due to Hurricane Laura had to evacuate again on Sunday due to Beta.

Alabama Power said that restoration efforts in the hardest-hit areas including downtown Mobile, Dauphin Island and Bayou La Batre may extend into early this week.

Alabama Power is part of the Southern Company.