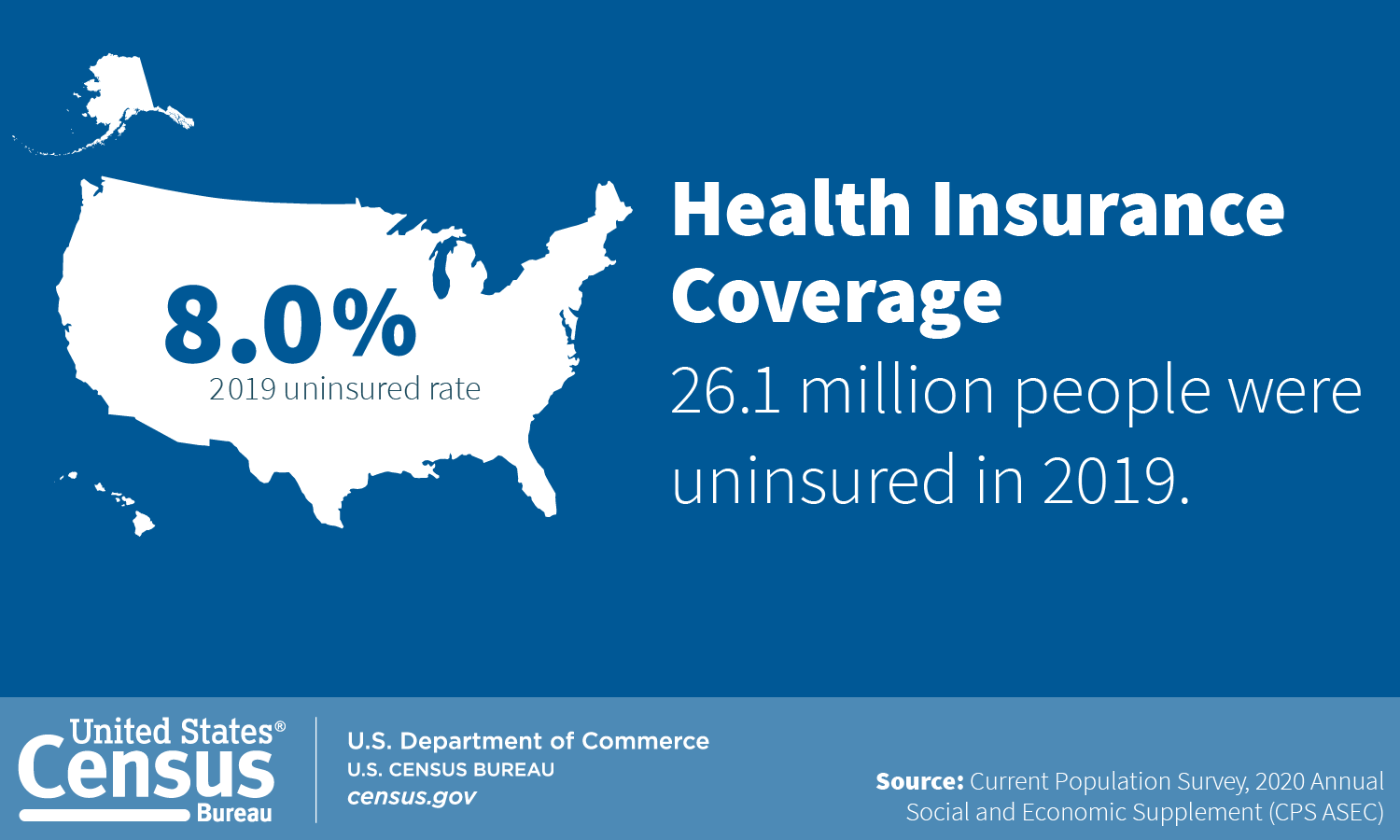 The number of uninsured in America rose in pre-COVID-19 pandemic 2019, for the third straight year, according to a U.S. Census Bureau report released last week.

The bureau’s “Income, Poverty and Health Insurance Coverage in the United States: 2019” report notes that while the median household income in 2019, increased 6.8 percent from the prior year, and the poverty rate fell by 1.3 percentage points during that time, the uninsured rate in the U.S. increased by 0.3 percent from 2018 to 2019, and the number of children without insurance in the U.S. increased by about 320,000 during that time.

The only state to have increased the number of insured residents between 2018 and 2019, was Virginia, which effective Jan. 1 2019, had expanded Medicaid in the state under the Affordable Care Act.

“The devil is in the details, and the details reveal Alabama’s failure to expand Medicaid has caused more poverty, hardship and uninsurance,” said Jane Adams, campaign director of the Cover Alabama Coalition, in a statement. “It’s shameful that Alabama has such a high uninsurance rate. It does not have to be this way. Governor Ivey could expand Medicaid today and provide an estimated 340,000 Alabamians with access to health insurance.”

The Cover Alabama Coalition is a group of more than 60 advocacy organizations that formed in April to urge Gov. Kay Ivey to expand Medicaid. Alabama is one of 14 states that hasn’t expanded the program.

“Due to COVID-19, the United States has endured the deepest recession since the Great Depression, fundamentally changing the country’s economic landscape,” the coalition noted in the release. “The economic fallout from COVID-19 will result in more poverty, uninsurance and debt. Medicaid expansion would help by generating nearly $3 billion a year in new economic activity throughout the state and creating an additional 30,000 jobs.”

Approximately 64 percent of Alabamians polled said they support expanding Medicaid in Alabama, including 52 percent of Republicans asked, according to a recent Auburn University at Montgomery poll.

While the 2019 U.S. Census Bureau data showed some gains from the previous year, the COVID-19 pandemic that came afterward had a clear impact on poverty and the number of uninsured.

A study in July by Families USA, a Washington D.C.-based nonpartisan health care consumer advocacy nonprofit, found that 5.4 million workers lost health insurance in the U.S. between February and May of this year. The increase in uninsured was 39 percent higher than in any other annual increase on record.

A separate study by the Robert Wood Johnson Foundation in July estimates that in the last three quarters of this year, 10.1 million in the U.S. will lose their employer-sponsored health care.