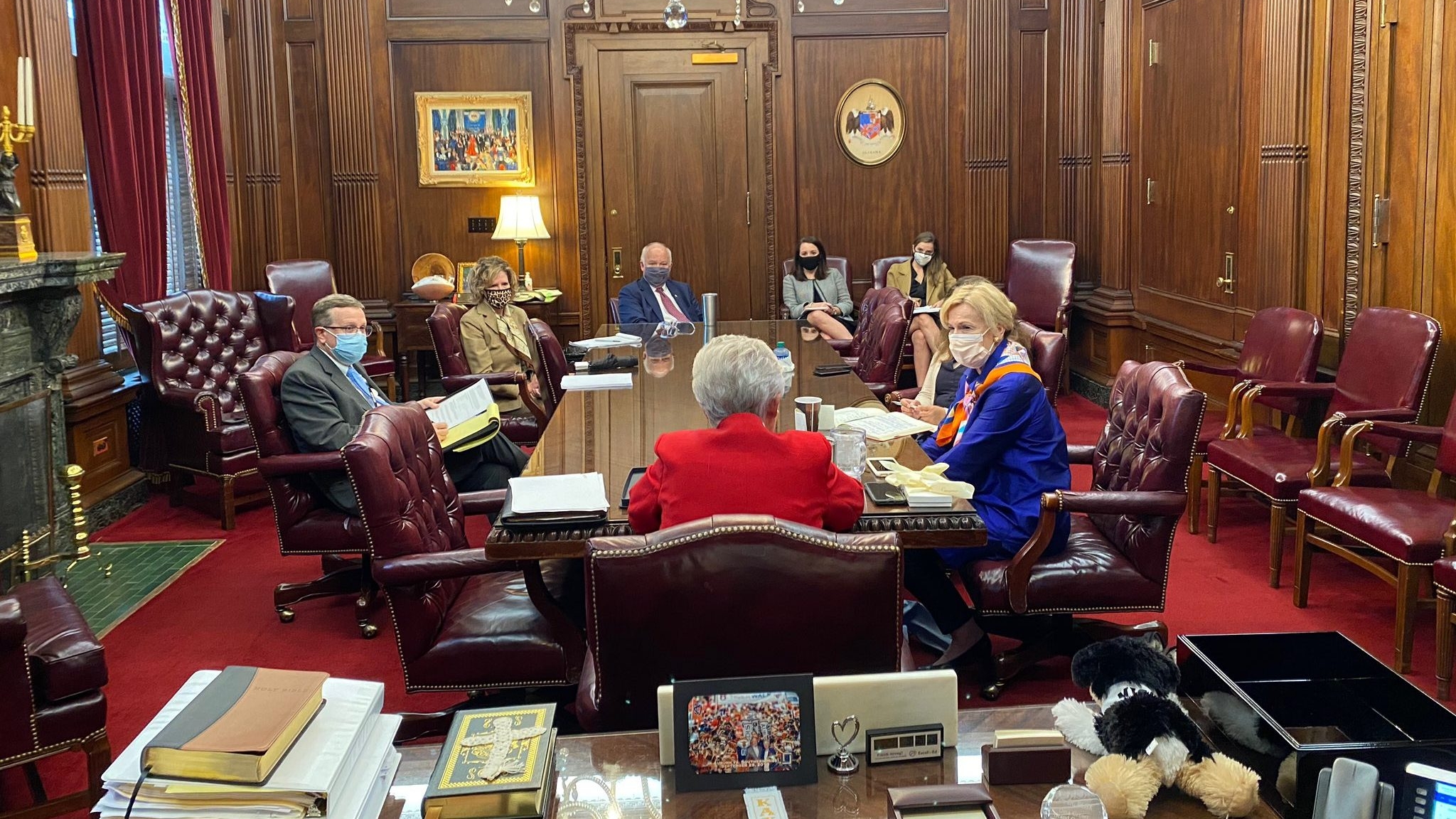 Dr. Deborah Birx, coordinator of the White House’s coronavirus task force, said Thursday that Gov. Kay Ivey should extend her statewide mask order, set to expire on Oct. 2. She also responded to a CNN report that cited those close to her as saying she’s “distressed” with the direction the White House coronavirus task force is taking and is unhappy with what she sees as her diminished role in the group.

Birx, speaking at Auburn University, said she met with Ivey and Alabama State Health Officer Dr. Scott Harris earlier in the day to discuss COVID-19 and how the state is responding.

“So we really talked about the importance of continuing mitigation,” Birx said of her talk with Ivey and state officials earlier on Thursday, adding that Ivey was one of the first governors in the South to enact a statewide mask mandate, which she said clearly decreased the spread of the disease.

Birx pointed to numbers, such as the test positivity rate, that have improved since July, but said “we’ve got to do even more.” Asked if the statewide mask mandate was one of the mitigation efforts she suggests continuing into the fall, Birx said she does. “Because if you look at what happened within two weeks of the mask mandate you can see the dramatic decline in cases here in Alabama,” Birx said.

Birx said that when she last visited Alabama in July, the state was suffering from too many new cases of COVID-19.

“I think when I was last here at the beginning of July, it was a very difficult time in general for Alabama. We saw nearly 95 to 100 percent of every county in Alabama, rural or urban, that had more than 10 percent test positivity to COVID-19,” Birx said, adding that today, around 20 percent of the state’s counties have positivity rates above 10 percent.

In a statement to APR on Thursday, a spokeswoman for Ivey said Ivey and Dr. Scott Harris would provide an update on the statewide mask order ahead of its Oct. 2 expiration date.

“It is evident that Alabamians are doing considerably well in modifying their behaviors to take the COVID-19 pandemic seriously, and we all remain optimistic that a successful vaccine will be coming soon,” said Gina Maiola, Ivey’s press secretary, in a statement to APR on Thursday. “Our state’s success is largely in part to Alabamians stepping up to the plate when it comes to cooperating with the mask ordinance.”

Maiola said Ivey is leading the way on several fronts “including getting students and teachers back in the classroom, college students returning to campus and businesses remaining open — in fact, Alabama has one of the country’s lowest unemployment rates.”

“This success is a reality because Alabamians are wearing their masks and maintaining social distancing precautions. Governor Ivey and Dr. Scott Harris will continue closely monitoring our progress and provide an update ahead of the October 2nd expiration,” Maiola continued.

Speaking to reporters at Auburn, Birx was also asked about a CNN report on Wednesday that cited sources close to Birx as saying she is unhappy with what she sees as her diminished role on the White House coronavirus task force, that she’s not certain how long she can serve in her position and that she is “distressed” with the direction the task force is taking.

CNN also reported that Birx, who is no longer a fixture at White House coronavirus briefings, views Dr. Scott Atlas, a recent addition to the task force, as an unhealthy influence on President Donald Trump.

Atlas, a neuroradiologist with little experience in public health or epidemiology, has expressed support for the so-called herd immunity “strategy,” which infectious disease expert roundly dismiss as unattainable and a move that would cost millions more lives.

Instead of being a regular presence at White House coronavirus briefings, Birx has spent recent months traveling the country and speaking with governors and university administrators about coronavirus.

“Because they wrote that without even speaking to me,” Birx said. “Do I look like a person that’s diminished?”

CNN reported Wednesday that Birx had not responded to requests for comment on the story.

“I’m asked here because I am supposed to be here,” Birx said. “I haven’t been in Washington, and nor was I asked about that, but I’ve actually never been called diminished.”

Asked if she was planning to leave the task force, Birx said, “I have strong tenacity, and I’m very resilient, and we’re in the middle of a pandemic that’s affecting Americans, and as an American, I think I can do the best service to my country right now by serving in this role, working across the agencies, because that’s the experience that I have.”

Asked to clarify whether she planned to step down from the task force, Birx said “no.”

Asked if she was distressed about the direction the task force is taking, Birx said, “well that would be on me, if I was distressed, right, because I’m supposed to be coordinating the groups.”

“So that would be an indication that I’m not doing my job, and I believe that I do my job pretty well every day. I can always learn to do better,” Birx said.