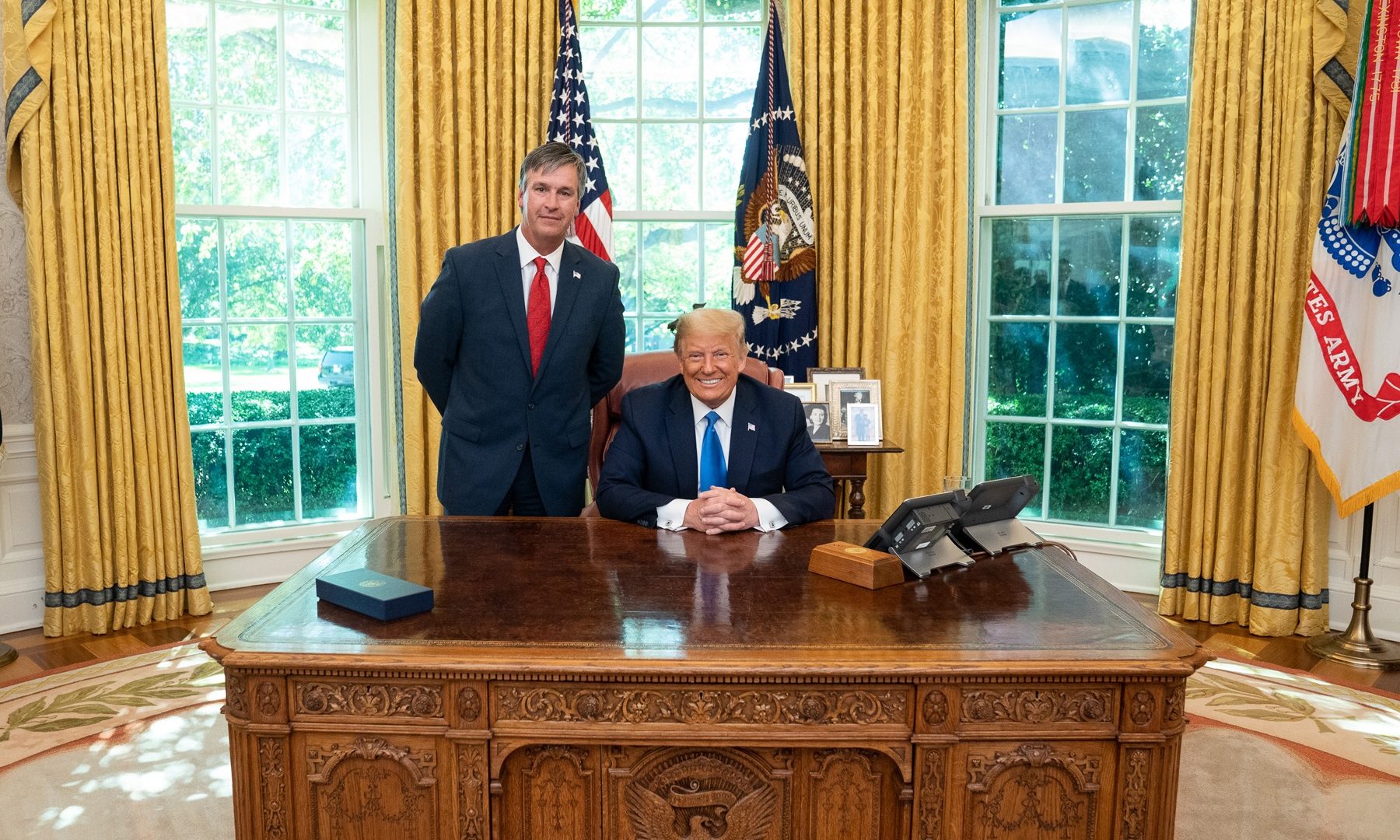 In the tweet, the president wrote, “Barry Moore (@RepBarryMoore) will be a terrific Congressman for Alabama! An early supporter of our #MAGA agenda, he is Strong on Jobs, Life, the Wall, Law & Order, and the Second Amendment. Barry has my Complete and Total Endorsement! #AL02”

Moore met with the president in the White House on Wednesday.

“I’m truly honored to be endorsed for Congress by President Donald J. Trump,” Moore said. “I have never regretted being the first elected official in America to endorse him for president in 2015, and I’m looking forward to working with him in the next Congress during his second term.”

“President Trump has already accomplished so much and kept so many of his campaign promises despite all that the establishment and the Democrats have done to obstruct him, but he knows there’s still lots to be done,” Moore continued. “We must contain and control the COVID pandemic, restore our economy to the pre-pandemic level of growth and prosperity we enjoyed during his first three years in office. We must restore and maintain law and order on our streets and in our cities. We must finish building the wall, and then fix our broken immigration system.”

“We had great meetings at the White House with the president’s domestic policy team,” Moore said. “Larry Kudlow, director of the National Economic Council, was also there. We discussed a new health care plan being introduced, economic recovery, trade with China and expansion of opportunity zones in depressed areas. The president has a bright vision for America.”

“I’m convinced that Donald J. Trump is the president we need to lead us for the next four years, and I hope the people of Alabama’s 2nd District see fit to elect me to work with President Trump as their congressman on Nov. 3,” Moore concluded.

Moore served two terms in the Alabama House of Representatives from 2010 to 2018. Moore is a graduate of Auburn University, a veteran, a small business owner, husband and father.