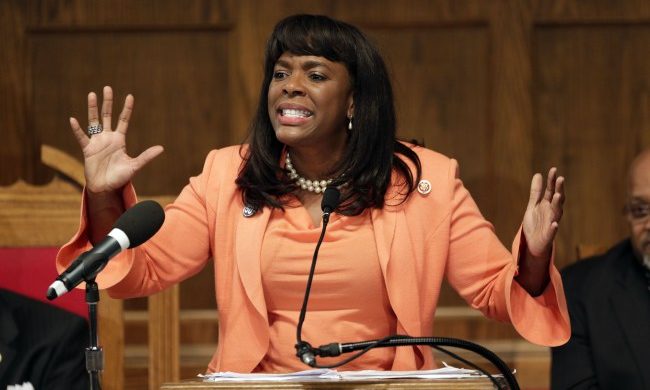 via Office of Rep. Terri Sewell

Saturday, Congresswoman Terri Sewell (D-Alabama) released a statement claiming that President Donald J. Trump’s (R) nomination of Judge Amy Coney Barrett to replace Justice Ruth Bader Ginsburg as Associate Justice on the Supreme Court was tainted by the hypocrisy of Senate Republicans and that confirming Judge Barrett would undermine the legitimacy of the Supreme Court.

“Fairness and comity demand that the Senate not confirm any vacancy on the Supreme Court until the American people have chosen the next president,” Sewell concluded. “To do otherwise, I believe would undermine the very legitimacy of the Supreme Court.”

Friday before Barrett was even nominated, U.S. Senator Doug Jones (D-Alabama) announced that he will not support any Trump nominee for the Supreme Court for the vacancy created by Justice Ruth Bader Ginsburg’s passing. Jones stated, “I will not support the confirmation of any Supreme Court justice nominee before the election.”

“Justice Ginsburg was a role model and an inspiration,” Sen. Jones said. She was a brilliant and tireless advocate, a champion for fairness and equality, and her efforts have brought our country closer to the ideals upon which it was founded.”

“It is a poor reflection of the state of our national politics that, just hours after Justice Ginsburg’s passing, we were thrust into a divisive partisan fight over her successor, denying the nation the time to mourn this extraordinary American’s death,” Jones continued. “Just weeks from a national election, we are confronting a blatant power grab by Senate Majority Leader Mitch McConnell and the President that will undermine the court and subvert the will of the American people.”

“I believe the answer to this question is a resounding YES,” Jones continued. “This is especially true given the urgent legislative work we have yet to do. Leader McConnell should turn his focus instead to protecting the lives and livelihoods of the American people by bringing a new bipartisan COVID-19 relief package up for a vote. We also need to pass the National Defense Authorization Act to support our military. We need to pass our annual funding bills instead of kicking the can down the road with yet another costly continuing resolution. We need to pass the John Lewis Voting Rights Advancement Act, which has languished in this Senate, in order to protect the right of all Americans to vote and participate in our democracy.”

“Consequently, under these circumstances, I will not support the confirmation of any Supreme Court justice nominee before the election,” Jones explained. We should not force the country into a brutal and divisive partisan confirmation fight while Americans are already voting to choose the next President. If President Trump is re-elected, I will evaluate any pending or future nominee on their merits and vote for or against the nominee based solely on their qualifications.”