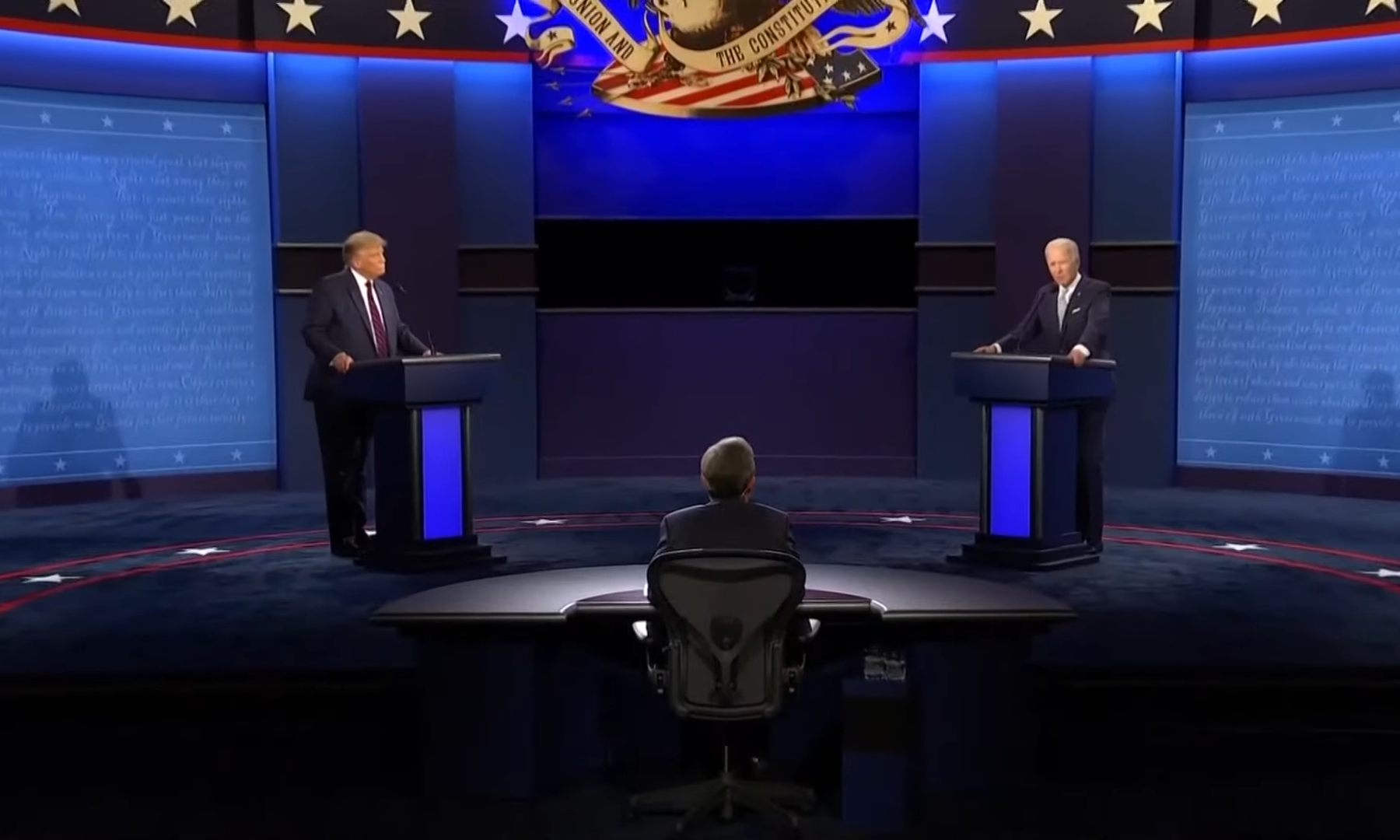 The general election will be on Nov. 3. There are two more debates scheduled in October.

Alabama Republican Party Chair Terry Lathan said in a statement: “President Trump swiftly demonstrated that his ‘Promises Made, Promises Kept’ record will continue for four more years. The comparison between the two agendas couldn’t be starker. The President’s record in 47 months compared to Joe Biden’s 47 years in office is monumental. President Trump highlighted many of his policies. Joe Biden shared none of his.”

“The topic of Obamacare was clear on the differences in the debate,” Lathan continued. “President Trump removed the individual mandated healthcare tax, implemented price lists for medical procedures and medicines and has cut drug prices. Joe Biden wants to expand government healthcare as he admitted in the debate. Americans are opposed to more government in their healthcare decisions.”

“The wide difference of opening up states to grow our economy was day and night,” Lathan stated. “President Trump wants to open up our economy, as it is already strongly rebounding, while Joe Biden wants to keep it closed by his own words. Joe Biden said he was against defunding the police, however he earlier said he was for defunding them and wanted to use the money in the community instead. He also couldn’t name any first responder groups who have endorsed him while President Trump has a large number of endorsements across the nation. Clearly, this shows where the law enforcement communities stand as the President has stood with them.”

“The President moved quickly with a massive response to the COVID pandemic. He shut down travel with China early on over Democrat objections, including Joe Biden, and instituted ‘Operation Warp Speed’ that is now producing rapid testing and vaccines,” Lathan stated. “Joe Biden said he would do what has already been done by President Trump when pushed on his plan. President Trump made a strong case why he and the U.S. Senate should move swiftly to fill the U.S. Supreme Court vacancy with highly qualified jurist Amy Coney Barrett. Joe Biden continues to hide his list of potential Supreme Court nominees and would not agree to address ‘packing’ the Supreme Court when directly asked.”

“President Trump rejected the radical environmental ‘New Green Deal’ while Joe Biden said he did too, however Mr. Biden is on record embracing it – multiple times,” Lathan said. “He is all over the place on this left-wing AOC agenda. Joe Biden wants to count votes days after they come in past November 3rd as he admitted in the debate. Laws of states prohibit this chaos and courts are stopping it on a daily basis. Americans want someone who will fight for them to keep our country safe and great. President Trump showed tonight he’s a heavyweight fighter who has been putting America first. That’s why President Trump will win re-election on November 3rd.”

“Joe Biden has 47 years of experience at dodging, evading and just flat-out refusing to answer questions on real issues, and it showed during the debate,” Congressional candidate Barry Moore said. “For decades, he’s made a career of empty platitudes, vague accusations and deliberate misstatements, and that was what we saw Tuesday on stage. Joe Biden did everything short of walking off stage to keep from giving specifics about what he will do as President, except for eliminating the Trump tax cuts and raising our taxes to finance his party’s radical agenda. Mr. Biden did that because he’s a politician to the core and that’s what he’s done for his entire career.”

“Donald Trump, on the other hand, doesn’t act like a politician even after nearly four years as President,” Moore continued. “He answered questions directly with facts about his record, and didn’t let Joe Biden get away with his usual waffling, lies, and empty promises. The President’s personal style is confrontative, and I understand that some people don’t like that. But, I also know many, many people who welcome Donald Trump’s standing up to the bullies of the Left, and he did a great job confronting Joe Biden with Biden’s own statements and record.”

“The American people have a clear choice: a man who’s spent nearly half a century as a politician and accomplished little or nothing, or a President who gave us three years of booming economy and is leading us during this pandemic with confidence and conviction,” Moore concluded. “Donald J. Trump is clearly the best choice to be our President for the next four years.”

“The Liberal News media is saying that Biden won the Debate,” said Trump Victory Finance Committee member Perry Hooper Jr. “I thought the President won the Debate on the issues.”

“I enjoyed hosting a Trump Debate Watch Party last night. Country music Artist And Runner Up Miss Alabama performed for us before the Debate,” Hooper added. “She sang The National Anthem, Proud to be an American and Eye of the Tiger. Everybody says that the President won the debate but they also are saying he was to aggressive. Come on friends, Trump was Trump and that why we like him. I think the President killed Biden when Biden could not denounce violence and antifa. He hasn’t even called the Democrat Governors and asked them to stop the violence. It’s plain and simple that Biden is beholding to the Left Wing.”

“President Trump clearly demonstrated how he has accomplished more in 47 months than his opponent has in 47 years of being a career politician,” National Federation of Republican Women President Ann Schockett said. “The President successfully highlighted an historic record of promises kept for the American people and strongly articulated a clear case for guiding our nation to even greater heights during a second term. He emphasized his efforts to combat the pandemic, reignite the economy, champion our first responders and military, uphold the rule of law, and nominate exceptional Supreme Court justices.”

“Joe Biden, as vice president, had presided over the worst economic recovery since the Great Depression and has little to show for decades spent in Washington D.C.,” Schockett continued. “He evaded questions and offered misleading rhetoric to conceal his true agenda of dangerous radical proposals that would wreck our economy, destroy American jobs, undermine our energy independence, and dismantle and destroy our Constitution and country.”

“Affirming the President’s words during the debate that we have to go back to our core values of our country, the NFRW is confident that four more of years of Donald Trump will bring a thriving economy and safer communities,” Schockett concluded. “He is a President who defends our rights and freedoms, loves our country, and embraces what makes America exceptional. Our NFRW army is hard at work getting out the vote for President Trump and our Republican candidates. We’re ready for Election Day.”