“Unfortunately, this sentence will not undo the harm suffered by Moon’s victims,” Escalona said. “However, understanding that the consequences of this conduct is severe might discourage other sexual predators from victimizing innocent children in this district.”

Moon worked as a doctor at the Industrial Athlete clinic in Birmingham until his license was revoked earlier this year. Moon went to trial in February. After four days of testimony, a jury convicted Moon of possessing, producing and attempting to produce child pornography.

“I am proud of the effort put forth by my agents in order to ensure this defendant was brought to justice and will no longer be able to harm children,” Sharp said. “Moon serving the next 30 years in federal prison ensures there is one less predator victimizing the most innocent and vulnerable members of our community.”

Federal prosecutors presented evidence at trial proving that between the mid-1990s and 2012, Moon secretly recorded neighbors and guests in his own home including girls as young as 12 years old.

Some of those individuals were filmed naked, dressing and undressing. The footage was located on VHS videotapes found in the defendant’s locked private office with other pornographic VHS tapes, steps away from a TV and VCR set that was working and plugged in.

Evidence of multiple hidden-camera devices was also found in the defendant’s office.

Moon will also serve five years of supervised release after he gets out and, by law, will also be required to register as a sex offender.

The United States attorney’s office also thanked members of the Drug Enforcement Administration and the Department of Health and Human Services Office of Inspector General for assisting in the investigation. 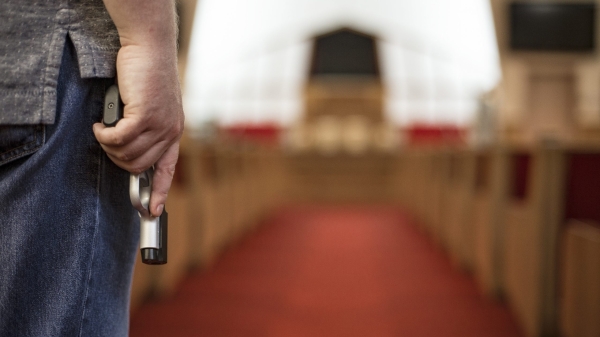