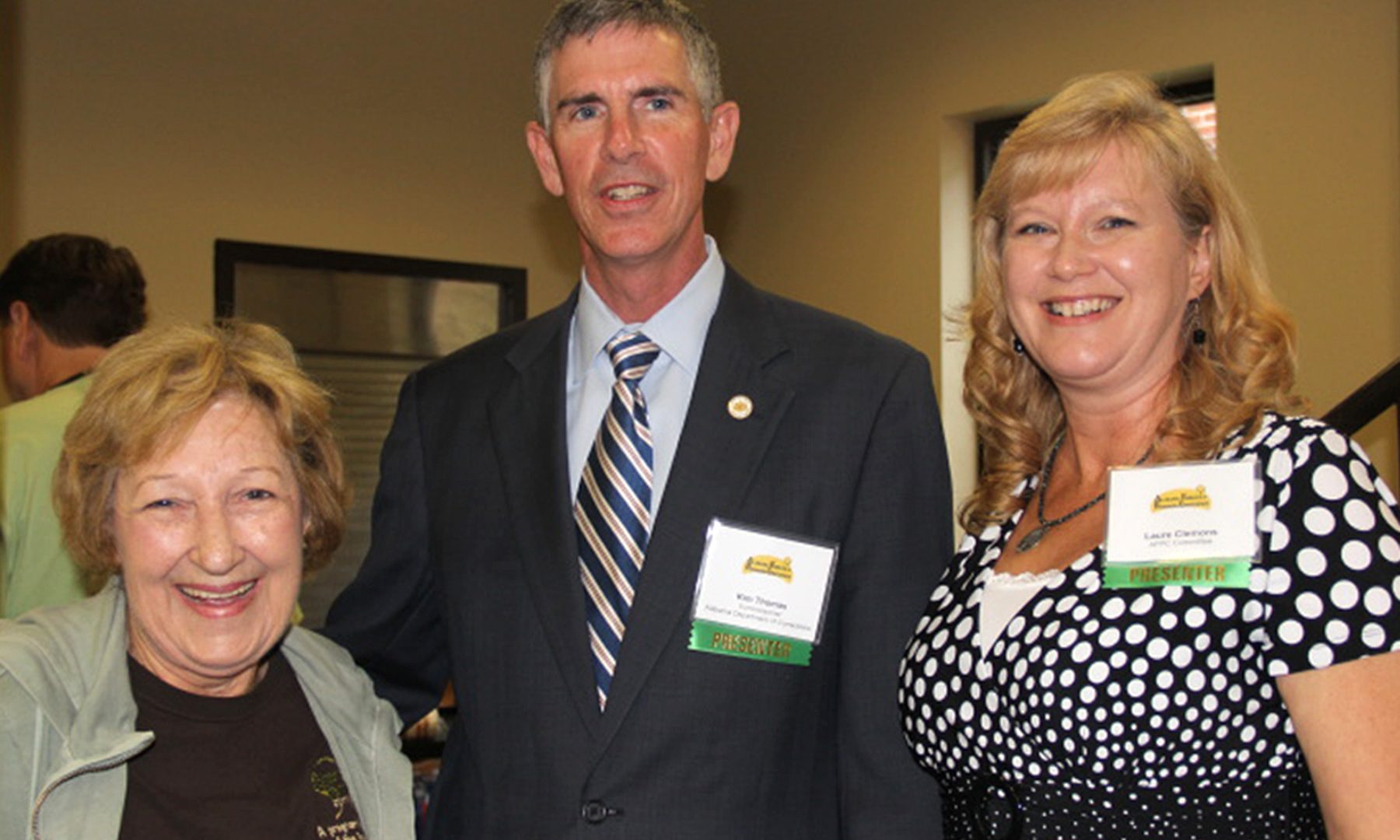 Mary Kay Beard’s path to becoming an impassioned advocate for prisoners started with an utter lack of regard for others.

“They called her and her husband the Bonnie and Clyde of the South. She would walk into a bank and put her sawed-off shotgun up on the shelf and say, ‘Just put the money in the bag, hun,’” said Laure Clemons, who befriended her for the last 10 years of her life.

Beard was a biopic-worthy bundle of exquisite ironies. Born into a strict Baptist family, she was a star student in high school but followed her first husband into a life of crime. She holds the distinction of being the first female safe cracker in the country. She was small in stature, barely over five feet tall, but was a towering figure in the bank heist scene of the 1960s and early ‘70s, and later in the prison reform scene.

Clemons is executive director of Extended Family, a non-profit that provides support to families of people in prison. The women met when Beard spoke at Clemons’s church in Cherokee County.

“You hear this woman up there speaking and you’re like — you can’t really put those stories together with what you’re seeing on the stage,” Clemons said.

Beard claimed she could crack any safe made before 1980. Her husband abandoned her while she was laid up in the hospital with an illness, so she continued her criminal career solo. She ended up on the FBI’s Most Wanted list and had a Mafia contract on her life at the same time.

Clemons once asked her why the mob wanted her dead.

“She just kind of waived her hand in the air, and she said, ‘Oh, I crossed them in a diamond heist,’” Clemons said.

Beard was 27 when she was captured in 1972 and hit with 11 federal indictments and 35 charges. She was convicted of armed robbery and grand larceny and sentenced to 21 years.

It was at the Julia Tutwiler Prison for Women, in Wetumpka, that she found the faith that would shape the rest of her life. She attended a Sunday school class led by a visiting prison ministry each week and experienced a conversion while praying. Beard then had to incorporate the principles she was committing to into her daily life in the facility.

Clemons remembers Beard recalling that at Christmastime the women received small packages of hygiene items. They would arrange them on their beds and trade with each other, then create customized packages to give to their children at Christmas visits. Beard thought the children wouldn’t want to receive gifts of soap. When she witnessed their excitement, she realized it was simply because they were getting something from their mothers.

Beard was paroled after only six years, but the experiences she shared with other human beings condemned by society, followed by her successful redemption, inspired her to join the staff of the organization Prison Fellowship as director of its Alabama operations.

In 1982, she founded Angel Tree, a program that allowed prisoners to make gift requests for their children that are written on paper angels. The cutouts were placed on Christmas trees at malls for shoppers to charitably fulfill the requests.

Through partnerships with tens of thousands of churches in all 50 states, Angel Tree has delivered more than 11 million Christmas gifts to children on behalf of their incarcerated parents. Last year, 300,000 were delivered.

Beard, who died in 2016, at 71, was honored at an event at Tutwiler on Sept. 25 organized by Prison Fellowship.

Beard’s work went beyond charity, Clemons said. She believed in forming relationships with officials to be able to work within the system to reform it. In 2012, they attended the Alabama Families of Prisoners Conference in Birmingham. The keynote speaker was Kim Thomas, then commissioner of the Alabama Department of Corrections. Thomas spent 32 years in the department, starting as a guard and rising through the ranks to the top post until he was pushed out in 2015, due to a behind-the-scenes campaign orchestrated by state Rep. Allen Farley.

Clemons remembered Thomas arriving with an entourage of staff members and staying for the whole conference, speaking to relatives of prisoners throughout. Thomas remembered Beard as a kindred spirit.

“We connected on kind of like an invisible spiritual level, and I think that’s how she also came across to anyone she had contact with” Thomas said.

Beard was big on faith-based organizations being allowed access to prisoners. Although she was a devoted Christian, she valued organizations of any religion that worked in the space. She wasn’t dogmatic, Thomas said.

He noted that she and the people she worked with always showed up when they said they would. That’s an important quality in people who engage with prisoners, whose life paths have often been heavily influenced by traumatic relationships. The resulting damage to their sense of trust isolates them, contributing to anti-social thinking and behavior that is the foundation for criminal activity. Consistency is key to repairing the damage. Beard was familiar with these dynamics, having had an alcoholic father who was abusive to his nine children.

Beard recognized prisoners as valued members of families and sought to address the needs of children suffering the absence of their incarcerated parents. Her advocacy stood in contrast to the longstanding and infamously dismal conditions of Alabama’s prisons, the deadliest in the nation for prisoners, according to the Equal Justice Initiative.

The U.S. Department of Justice released a report in July that found systemic problems of unreported or underreported incidents of excessive use of force, a failure to properly investigate them and attempts to cover them up by correctional officers and their supervisors.

As commissioner, Thomas always felt it was important to speak to partners about the need to be open and honest with each other to have any chance at addressing problems in the facilities, he said. Beard was different.

“You didn’t have to have that conversation with her,” he said. “Some people just carry themselves and represent themselves in the conversations you have — you automatically believe that they’re sincere and honest.”