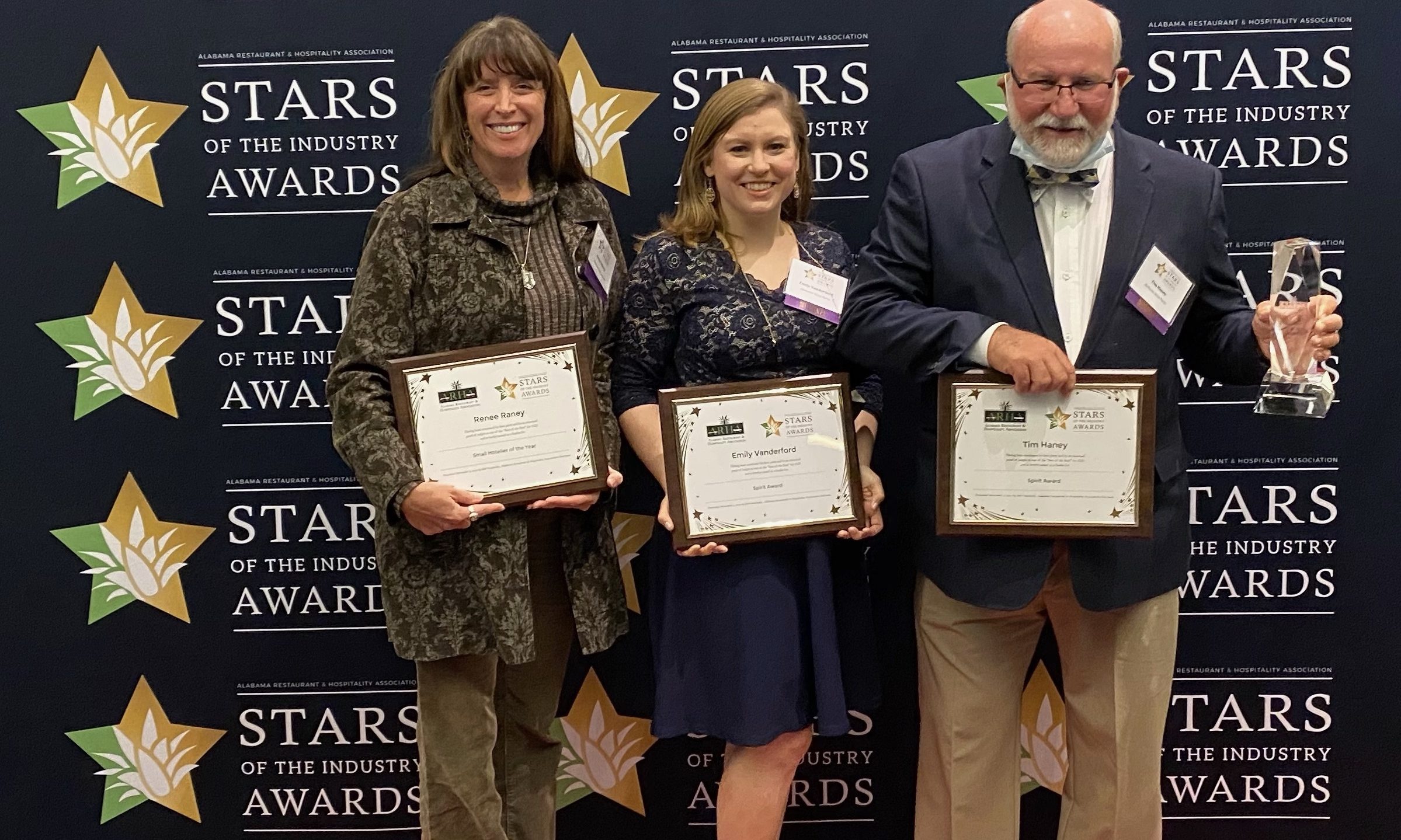 Several Alabama State Parks employees were honored at the recent Alabama Restaurant and Hospitality Association’s Stars of the Industry Awards gala. From left to right, Cheaha State Park Superintendent was a finalist for the Small Hotelier of the Year Award; Emily Vanderford was a finalist for the Spirit Award; and Tim Haney, Operational Supervisor for the North Region,ß was honored as an Industry Icon Award recipient.

Haney currently serves as Alabama State Parks’ Operational Supervisor for the North Region, his latest post in a career that started with the parks system in 1977.

“Tim Haney’s dedication and commitment to the Alabama State Parks system is unmatched,” said Chris Blankenship, Commissioner of the Alabama Department of Conservation and Natural Resources. “Everyone in the parks system admires and respects Tim. He’s done it all during his career, from leading individual parks to now overseeing 10 parks and guiding them to financial security while implementing innovative programs.”

“There is no doubt that Tim Haney is one of the most respected and appreciated people within the State Parks system,” Blankenship said, “and it’s wonderful to see ARHA honor him for his many years of dedicated service.”

In 2016, Haney became Operational Supervisor for the North Region of the parks system, giving him responsibility to oversee 10 parks. His list of successes includes achieving financial profitability among all 10 parks, erasing decades of backlogged maintenance to park facilities, creating new and innovative recreational programs, and leading the parks through the recovery from multiple natural disasters.

“Tim Haney has been a mentor to so many state parks employees during his more than four decades serving in our parks,” said Greg Lein, Director of the Alabama State Parks System. “No one loves the parks system more, and I am pleased that he was honored by the ARHA in such a meaningful way.”

Several other State Parks employees or others connected to the parks ranked among the finalists for several other awards at Monday’s 2020 Stars of the Industry Awards gala: