Headlines have lauded the level of participation; however, we must be careful in allowing a narrative to capture a moment while erasing the history and evolution of voter suppression in this state and across the Deep South.

That is why now more than ever, we must expand voting in Alabama.

The full enfranchisement of voters based on race has only been in place for 55 years since the passing of the Voting Rights Act, but that has since been undermined with the Supreme Court’s Shelby v. Holder decision, which removed federal oversight from state voting regulations and allowed for burdensome requirements like voter ID to become the standard.

Alabama, the very battleground for voting rights in this country, once again backslid and since then has remained even behind many of our neighbors as far as options for voting.

However, this year, when Alabama emerged as a hotspot for COVID-19, state leaders ensured voters would have more choices when casting their ballot this year by permitting use of the absentee and in-person absentee voting for all registered voters.

This opportunity energized voters, as we saw long lines outside of courthouses across Alabama, from Mobile and Montgomery to Birmingham and Tuscaloosa. Voter turnout exceeded 66 percent nationwide and 61 percent in the state.

When Alabamians had reasonable and secure options to access the ballot, they exercised their right to vote in the highest numbers in state history.

These numbers show that Alabama voters want more voting options prior to Election Day, and it is now up to lawmakers in this state to take a stance for the citizens of Alabama. In the upcoming legislative session, the Alabama legislature must ensure we make voting expansion a priority.

The right to the ballot box should not depend on signatory requirements or excuses to be able to vote safely by mail, as millions of Americans did this past election. Passing legislation can give working parents, caregivers, people with disabilities, and all voters more choices so that voting is made simple and accessible for all Alabamians.

This historic fight of Civil Rights activists in this very state sent a message to not only the rest of the U.S., but to the world, that democracy and the right to vote is one of our most powerful tools to make our voices heard.

This year, our collective voices have been resounding, and despite our circumstances — a global pandemic, an international social movement, and major political shifts that have impacted our families and our communities for decades to come — we ensured that our voices were heard at the ballot box.

Today, we must aim to be a shining example once again of democracy’s promise and demonstrate that free, fair and accessible elections drive civic engagement at every level and give the people of Alabama the voice in our government that we deserve. 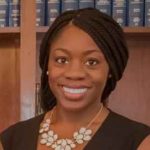