A Calhoun County Sheriff’s Department deputy reportedly shot and killed a woman in self-defense after authorities say she attempted to shoot him during a drug arrest.

Calhoun County Sheriff Matthew Wade said in a statement: “Sunday morning at approximately 3:32 a.m., a deputy conducted a traffic stop on Grayton Road South in Ohatchee. During the traffic stop, the deputy discovered a large amount of methamphetamines and a pistol in the vehicle.”

The deputy arrested Timothy Alan Wood of Wilsonville and Brittany Nicole Yoder of Anniston for trafficking in methamphetamines and certain persons forbidden to posses a pistol, according to the sheriff.

“While the deputy awaited the wrecker service to tow the suspects’ vehicle, Brittany Yoder began asking for the deputy for help. As the deputy opened the patrol vehicle to check on the arrestees, Yoder immediately exited the patrol vehicle pointing a pistol at the deputy’s head,” the sheriff said. “The deputy was able to deflect the weapon and fire his weapon striking Yoder killing her on the scene.”

Wood did not attempt to leave the vehicle, according to the sheriff’s statement.

“The deputy had restrained both subjects with handcuffs behind their back before placing them in his vehicle,” the sheriff said. “However, Yoder was able to slip off one of the cuffs allowing her to obtain a pistol from Wood or herself.”

The sheriff said the entire incident was captured on the deputy’s body-worn camera, and that the camera footage verified Yoder’s actions with the pistol.

The Oxford Police Department and the Center for Applied Forensics at Jacksonville State University are conducting an independent investigation of the shooting.

“The deputy is physically unharmed, but he is lucky to be alive as Yoder had pulled the trigger to kill the deputy,” Wade said. “However, the pistol did not a round in the chamber, but the weapon’s magazine was loaded with live ammunition. We are thankful to God for keeping our deputy safe!”

Yoder died at the scene. 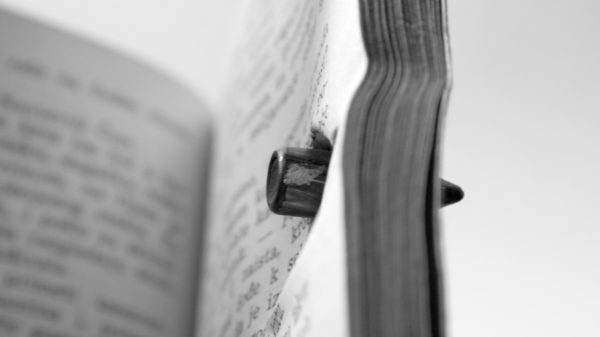 “Not a single kid has died in a mass reading, yet they’re banning books instead of guns.”

Between Saturday and Monday six men and one women were shot and killed in Birmingham.