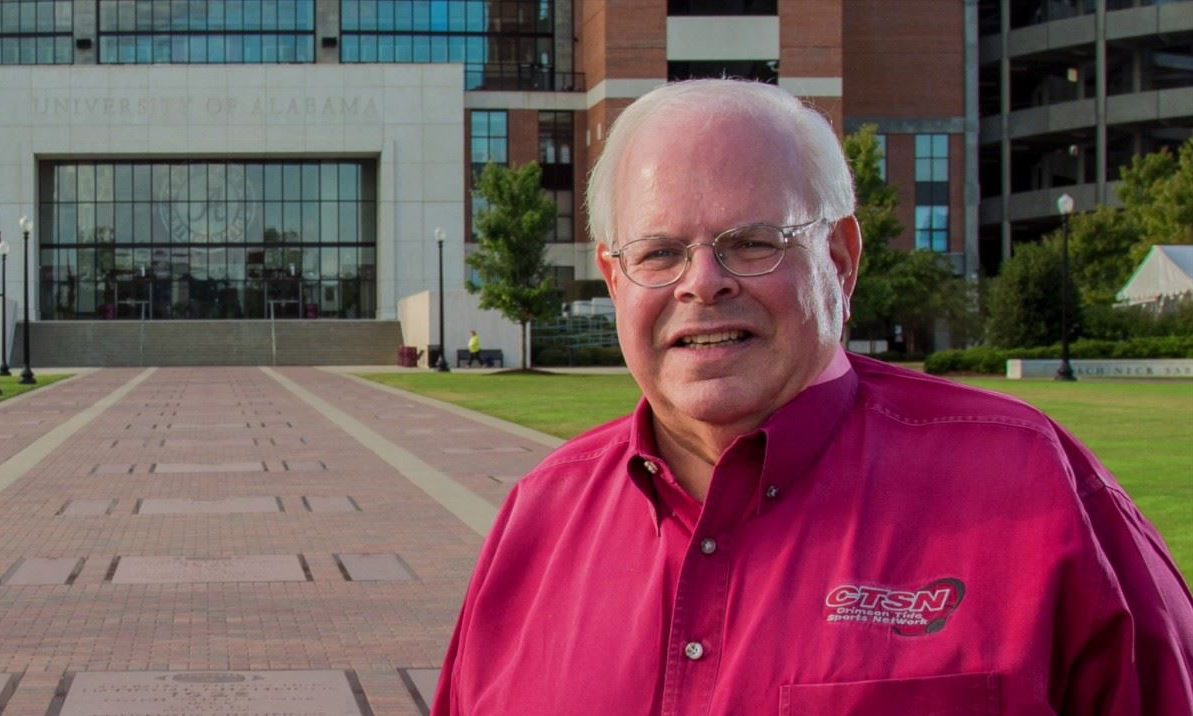 Alabama radio broadcaster Eli Gold, who has been the play-by-play commentator for University of Alabama football for decades, has tested positive for the coronavirus. Both he and his wife have tested positive. He will not call Saturday’s Alabama game against Arkansas so will not be traveling with the team to Fayetteville.

Gold is age 66 and is a native of New York. His current color analyst is former Tide quarterback John Parker Wilson.

Saban, age 69, has tested positive twice. The first time appeared to be a false positive that caused him to miss three practices, but he was cleared to coach in time for the Georgia game. The second time Saban really did have the coronavirus and missed the Iron Bowl game with Auburn. The Tide won both games.

The Auburn game was the first football game that Saban had missed in his coaching career since he was a 22-year-old graduate assistant when his father died.

Alabama has nine wins and zero losses and has already won the SEC West and a trip to play in the SEC championship game. A win over Arkansas would give Alabama its 10th win and virtually assure the Tide of one of the four spots in the college football playoff. The Tide is currently ranked as the No. 1 team in the country in every major poll.

Gold is one of 4,375 Alabamians who have tested positive for the novel strain of the coronavirus, SARS-CoV-2. Many of those who are coronavirus positive develop symptoms of COVID-19. Like Saban, many have only mild symptoms, but about 20 percent of the time COVID-19 can become much more severe.

The pandemic has already killed 4,034 Alabamians, including 49 people whose deaths were reported Thursday.